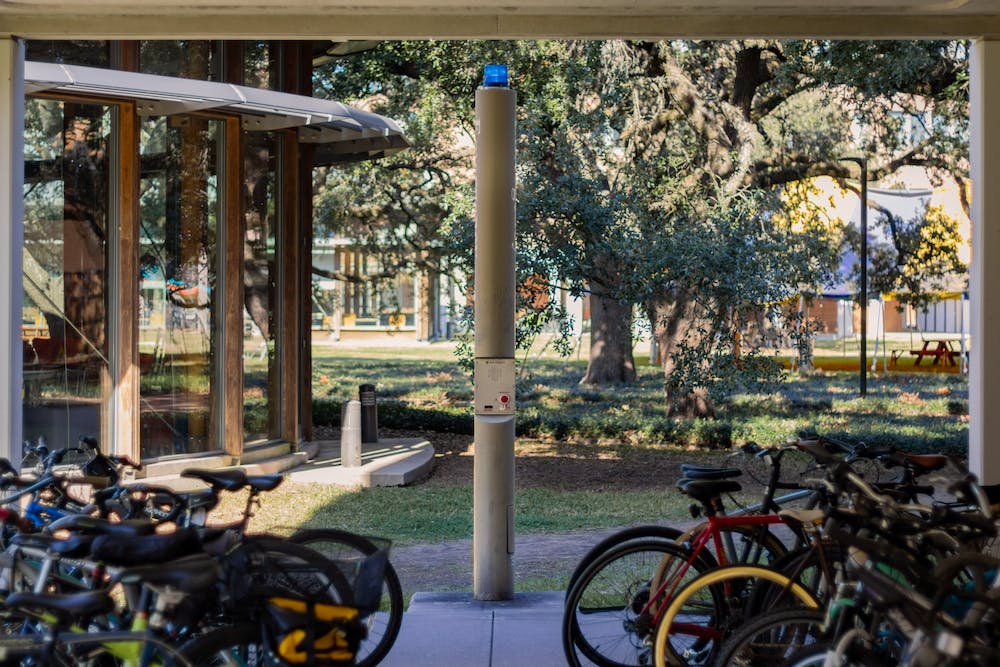 The Rice University Police Department is developing a safety app for Rice students and faculty, estimated to be officially released by the end of this semester. Clemente Rodriguez, the chief of police, said this safety app has three major functions: Emergency Call, SOS function and Safe Corridor. He said he hopes that this app would enable users to think of their phone as another source for security.

“Users can use the Emergency Call to request whatever you need if you have an emergency or if you are requesting a security escort, which is typically what blue light phones are predominantly used for,” Rodriguez said.

For the SOS function, Rodriguez said users do not necessarily need to talk to someone from dispatch about their current situation.

“The SOS button would allow the dispatch to open a map and see your approximate location so they can send officers to that location to provide safety protection.” Rodriguez said. “Users can allow their video and microphone to turn on but it doesn’t show up on their phone so that the dispatch can hear if the users are in distress … and therefore change the response of the officers to make the users safe.”

The third function, the Safe Corridor, will allow RUPD to follow students’ walks.

“Instead of watching every step users go, the app would require users to put in a four-digit code every period that lets RUPD know that the users are ok,” Rodriguez said. “If the users don’t put in a code, RUPD will check on users and make sure that they have reached their destination safely.”

Besides these three major functions, Rodriguez said this safety app will also provide some resources such as the contact number of the Wellbeing Center and information about approaches to stay safe.

A’Zhariya Ellis, a freshman from Hanszen College, said that she has positive expectations for the upcoming safety app but is concerned about user privacy issues.

“During the fall semester of this year, I was locked out of my dorm at 1:30 a.m. and I had to wait over an hour for RUPD to open my door so that I could get in.” Ellis said. “This safety app would decrease the waiting time for people in my situation … [But] is there a way to ensure that students’ location or privacy will not be constantly tracked when they are not using the app?”

Rodriguez said that unless the users initiate the response themselves, such as pressing the SOS and Safe Corridor button, RUPD would not be able to monitor the users’ status.

Rodriguez said RUPD plans on advertising the app through updates to student organizations, via Rice’s official social media accounts and during the next orientation week for incoming students.

Before the official launch, Rodriguez said RUPD plans to make the app more user-friendly and compatible for community members.

“They are going to have a data-testing with some staff and students to make sure that the app is functioning the way that they hope it will function … and hopefully to get some feedback from it,” Rodriguez said.

In an email to the Thresher, Jerusha Kasch, the director of Institutional Crisis Management, wrote the project team is taking concrete steps to further customize the app.

“They are changing the visual aspects of the actual button, working on rolling out directions for use and information to introduce the app, the functionality and use cases to further customize this app,” Kasch wrote. “We have discussed several ways we can integrate with student feedback, but I believe that RUPD is pulling together a team to provide feedback.”