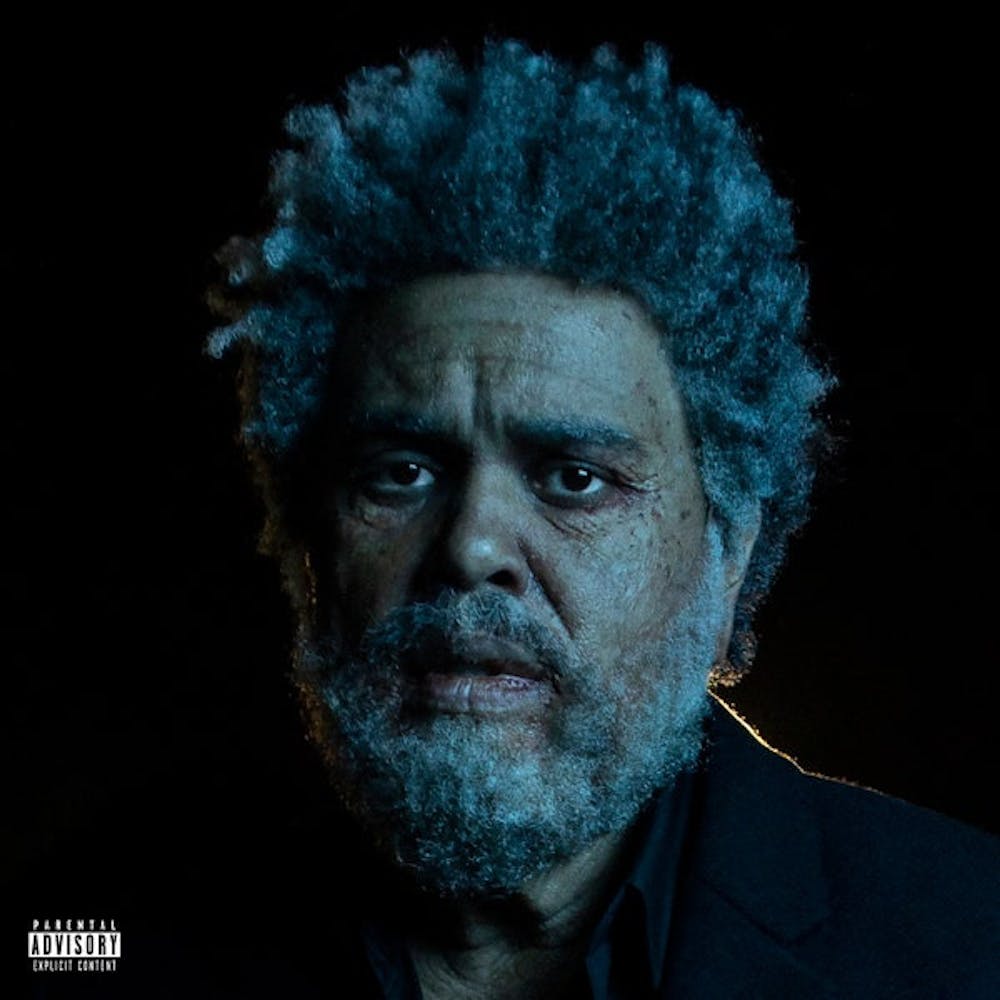 The advertisements for The Weeknd’s livestream event implored listeners to tune in to “103.5 Dawn FM,” the fictional radio station heard throughout the album. Tesfaye beautifully described the concept of the album in an interview with Billboard last November.

“Picture the album being like the listener is dead. And they’re stuck in this purgatory state, which I always imagined would be like being stuck in traffic waiting to reach the light at the end of the tunnel. And while you’re stuck in traffic, they got a radio station playing in the car, with a radio host guiding you to the light and helping you transition to the other side,” Tesfaye said. “So it could feel celebratory, could feel bleak, however you want to make it feel, but that’s what The Dawn is for me.”

This sense of purgatory, a wait for the gates of heaven and the afterlife, is something that resonates with our current situation: a long wait for a return to normal, a life after the effects of the global pandemic.

The biggest influence that popped out to me throughout the album is an expansion of the ’80s-influenced sound seen on the “After Hours” hit “Blinding Lights.” This thread melds further with EDM and The Weeknd’s sound to create an effective sound that pays homage to a different era but through today’s musical sensibilities.

“Dawn FM” opens with the words “this part I do all alone,” sung with an almost prayerful demeanor, as if asking for strength while embracing the afterlife or a new life after a relationship. After a short verse, the track breaks into a radio announcer, voiced by Jim Carrey, followed by a jingle of the fictional radio station’s name. Carrey’s recurring announcer helps to guide the narrative and sell the concept.

The first real song on the album, “Gasoline,” features verses in a much lower register than typically heard from Tesfaye, a decision that might sound odd on first listen, but grows on the listener. The lower verses contrast beautifully with a chorus in his typical, higher vocals. The song establishes the narrative of the album by describing a nihilistic viewpoint and an obsessive relationship. The line “I know you won’t let me OD” emphasizes a self-serving viewpoint of caretaking and need that contrasts with a line in the “After Hours” track “Faith”: “But if I OD, I want you to OD right beside me.”

The album as a whole deals with relationships and infidelity, with songs like “I Heard You’re Married” answering questions set up in “Is There Someone Else?” There is a distinct switch in the concept of infidelity on “Dawn FM” and previous Weeknd albums as emphasized by the lyric “I used to be the one who was lying.” Tesfaye’s stage persona is no longer the one in relationships with multiple women—many songs even deal with a sort of self-improvement for the character.

“Dawn FM” also brings in transitions that make the album a continuous listen with songs flowing into one another. This effect makes the album seem much more like one unit, something to be listened to all together.

Radio-inspired elements also include a spoken word from Quincy Jones, who produced for Michael Jackson and Frank Sinatra. The radio concept also leads to the most bizarre track on the album, “Every Angel is Terrifying,” a two part track that begins with a slow monologue from Tesfaye. The second half is an advertisement for the afterlife, an over-the-top parody of radio advertisements, complete with customer testimonials, a phone number to call, and shipping and handling charges.

The album ends with “Phantom Regret by Jim,” a poem spoken by Jim Carrey about self-reflection and the nature of heaven. Over a relaxed and minimal beat, Carrey’s deliberate pacing and calming timbre bring the album home, leaving listeners with the message that “You gotta be Heaven to see Heaven,” an echo of the themes of self-improvement throughout the album.

On “Dawn FM,” The Weeknd introduces us to a purgatorial meditation on love and lust buoyed by kinetic, dance-influenced and 80s-tinged sounds. Tesfaye brings a new dimension to his sound with a coherent and ambitious concept album that opens him up to a bigger audience than ever before.