Review: The Lumineers embrace an undercurrent of hope on ‘BRIGHTSIDE’ 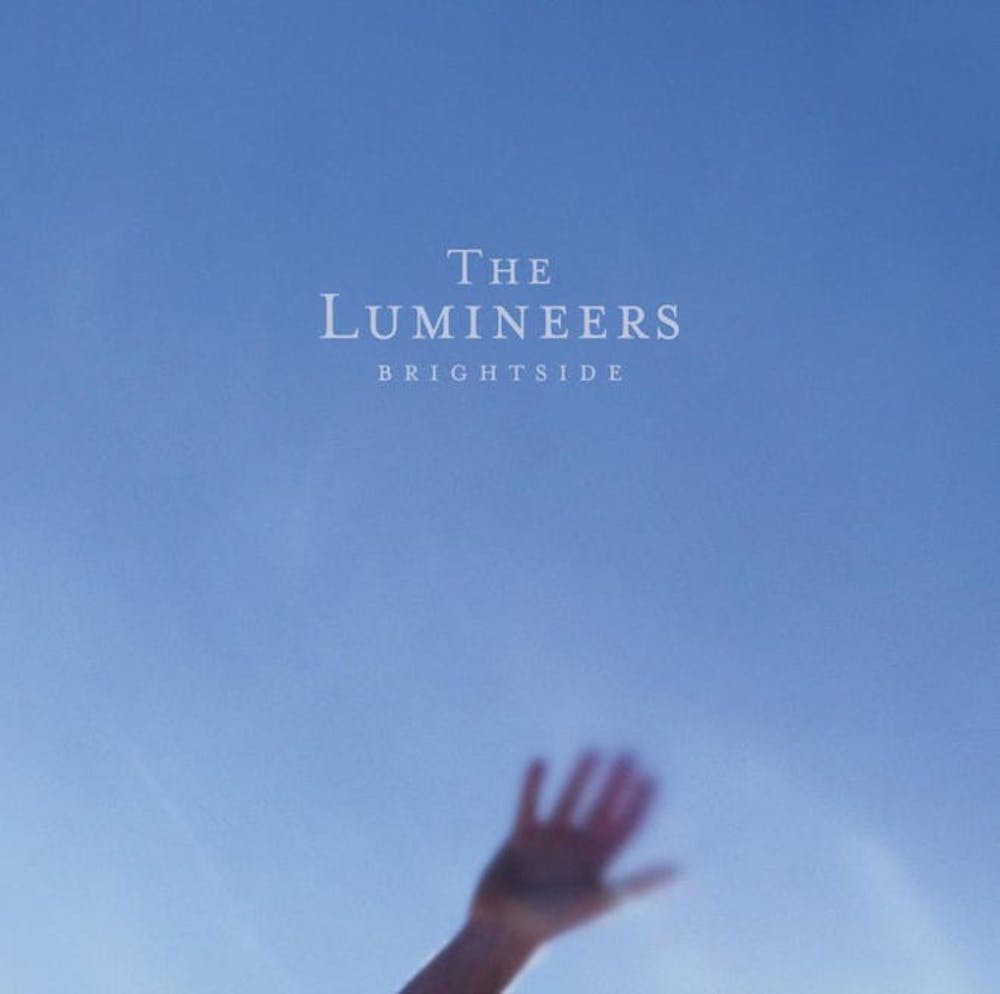 Top Track: “WHERE WE ARE”

In late 2019, The Lumineers released one of the best albums of that year, “III,” an intimate portrayal of the long-reaching effects of addiction on a family. Accompanied by a video series, the album was deeply cinematic and emotional in a way that stayed with listeners. As the title might make you guess, “BRIGHTSIDE” is a very different animal. Their new album always has an undercurrent of hope and redemption, even in its darkest moments. It also veers from the conceptual nature of “III,” while still having a unity and focus that leads to a consistent listen.

The album opens with its first single and title track, an ode to love and commitment. The music video features videos of a diverse range of real couples. Lead singer Wesley Shultz emphasized the importance to him of featuring “people who are actually in love, and have been through some hard times together, some beautiful times together” to further develop the meaning of the song. Featuring a more electric instrumentation than Lumineers fans might be used to, the contrast between tumultuous situations in a relationship and being a partner’s “brightside” makes the song a strong composition.

“WHERE WE ARE” is another example of the persistent optimism that engulfs the album through both the lyrics and instrumentation. The track begins with the narrator’s assertion that they’ll be okay even though they don’t know where they are as the sound opens into a kinetic and uplifting piano part. The song was inspired by a car accident that Shultz had gotten into.

“It was about ten years ago, I was driving, it was raining and it was snowing. Just me and my wife, we hydroplaned off the road going 70 [miles per hour] and we flip the car three times,” Shultz said. “When we realized we were still alive, we get out of the car. These people kept coming up to us, and they were sobbing, they were crying, ‘cause they thought we had died.”

This event’s infusion in the song combines with the sense of hope and stirring instrumentation to create a deeply emotional listen.

“NEVER REALLY MINE” opens with the ear catching line — “love was not designed for time; you were never really mine” — a statement that listeners would normally expect to hold some bitterness. Instead, the song is more of a tender acknowledgement of the end of a relationship, poetically illustrating the former love fading away as the singer accepts it’s end.

As the album comes to an end, “REMINGTON” brings in a nuanced croon that uses two small vignettes to transport the listener. The short track’s unconventional structure (two verses, a bridge and a refrain) and lack of a chorus make it even more intriguing, with an almost somber air to it. The song creates a sense of anticipation for something greater while allowing listeners to provide their own interpretation of the imagery.

The final track, “REPRISE,” returns to the motif of a “brightside” from the beginning of the album to bring the album home to a fitting ending. While creating a sense of finality for the work as a whole, the chorus provides a sense of movement that keeps the composition interesting.

“BRIGHTSIDE” is a hope-filled folk rock album that utilizes electric elements and other new stylistic elements for the group to lead to an enjoyable and satisfying album.