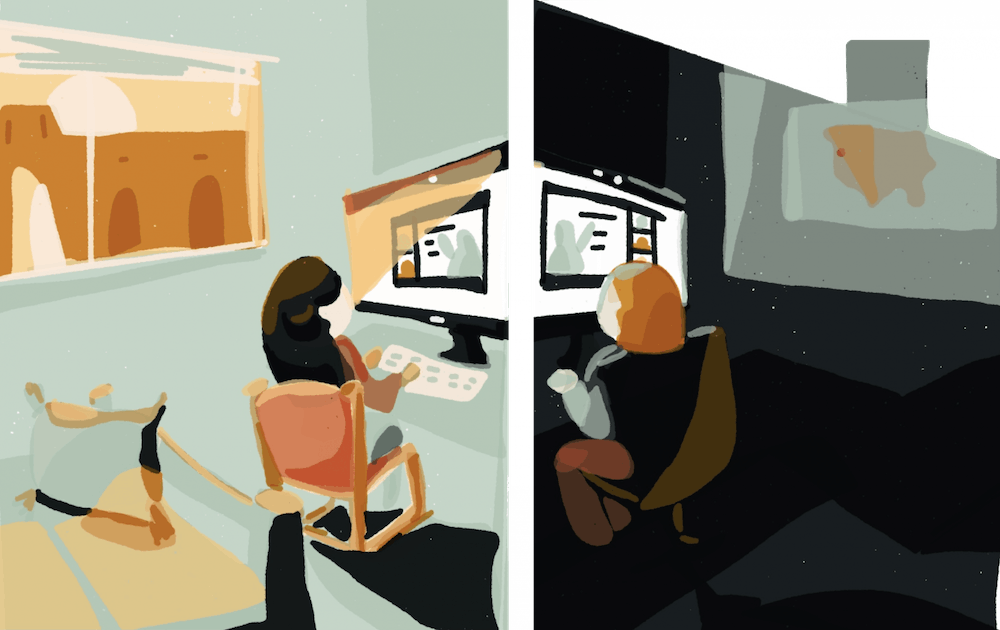 The fall 2021 semester began with online classes amid a rise in COVID-19 cases in the Houston area, attributed to the Delta variant. As the semester progressed, though, restrictions were gradually lifted, allowing for a nearly normal semester. Now, given the rapid spread of the Omicron variant, classes are online for the first two weeks of the semester once again. This change, along with the administration’s request for students to delay their return to campus, has prompted some students to change their plans for the beginning of the semester.

Gabriel Bolanos, a freshman at Wiess College who has a room on campus, was following the news about the spike in COVID cases and expected Rice to go online after the winter break. Bolanos, who is from the Houston suburb of Cyprus, chose to stay at home for the first two weeks.

“I wasn’t very surprised,” Bolanos said. “I thought in this instance it was the right call … [Still,] it was incredibly tough to swallow.”

Bolanos said that his plans depended on whether classes were going to be in-person or virtual.

“[Since I am in] Cyprus, commuting would be kind of difficult … It would be heavily traffic-dependent,” he said. “If [classes] were in-person, I probably would have gone on campus.”

Tess Roark, a sophomore at Sid Richardson College, decided to remain at home in Germany after she learned that Rice would be starting the semester remotely. Roark said she immediately changed her departure date from Jan. 6 to Jan. 21.

“At first I was relieved,” Roark said. “Going back internationally is a bit of an ordeal; I have to get a PCR test within 24 hours [of departure] to get back to the United States. Also, it’s concerning because [Rice is] already experiencing a rise in [COVID-19] case numbers with a limited population on campus.”

“It kind of feels like going to Rice was a study abroad,” Roark said. “Now it feels like I’m in my natural habitat.”

Roark said she wishes Rice would do more for students who were remote for most of their college experience. She said she didn’t consider clubs her freshman year due to the time difference and since she initially thought she would be remote for only one semester.

“I wish there was more [of an effort] to acclimatize the remote people,” Roark said. “I wish there was something specifically for people who are not freshmen but arriving on campus for the first time to then learn how to get involved while being in-person.”

Now that she is at home for the first two weeks of the semester, Roark said she feels disconnected from campus.

“It’s nice I get to spend more time with my family, [but] at the same time, I don’t get to utilize a lot of that time,” Roark said. “I’ll be starting class right when my family starts dinner. [Then,] with Zoom, it’s hard to get a conversation started in breakout rooms. I would rather meet people in-person and work face to face because it’s less difficult.”

Bolanos said that he feels disconnected from campus as well. Half of his friend group decided to stay at home, while the other half chose to return to campus.

“It does feel kind of strange,” Bolanos said. “They’ll say [in a group chat], ‘Let’s go and eat outside on the quad,’ and I’ll be like, ‘I’m not here.’ In many ways, it feels like it did in previous years [like in high school]. It can be pretty isolating.”

“Campus is semi-empty and not very crowded,” Bhoda said. “We aren’t allowed to dine indoors so there aren’t usually many people in the commons. I think it is more similar to the fall semester of 2020 or the beginning of the spring semester of 2021.”

Andrew Graziano, a senior and current chief justice at Sid Richardson College, returned to campus on Jan. 9. Graziano said his plans didn’t change after the announcement of remote teaching.

“I was expecting it, since so many other schools were reacting similarly,” Graziano said. “I don’t really have an opinion on it anymore. I used to be more passionate about how the university responded to COVID, but now I think it’s become pretty normal.”

Graziano said that he is lucky he is able to take a few of his classes in person and that online classes are going well for him.

“There are pros and cons to online classes, so I’m staying positive by recognizing the pros,” Graziano said. “My professors work hard to make online classes accessible and I really appreciate that. Even though those online classes aren’t the same as in-person [classes], the online classes have this dynamic of everyone being in the same boat, which is nice because everyone is empathetic and engaged.”

Roark also said she appreciates her professors’ efforts. She currently has one class that is asynchronous and said she values the flexibility of it.

“I can choose where to fit it into my schedule,” Roark said. “[The professors are] really doing a good job given the circumstances.”

Bhoda said that the shift to online classes means she is able to spend more time on classes.

“Online classes are okay,” Bhoda said. “With no other extracurricular activities happening right now, having online classes has given me more flexibility in my schedule and has allowed me to focus on school more.”

Bolanos said that he took heart from the fact that Rice seems to be changing its position toward the COVID-19 pandemic. A recent announcement from the President and Provost announced that the university would shift its policies “to a posture that recognizes COVID-19 as endemic.

“I think them announcing their shift in mentality in their email was pretty reassuring for me. At least to me it felt like they were pursuing something not impossible to do, which is keep COVID completely out of Rice,” Bolanos said. “I do very much appreciate that they are very committed to protecting our students, especially compared to other colleges in the region.”