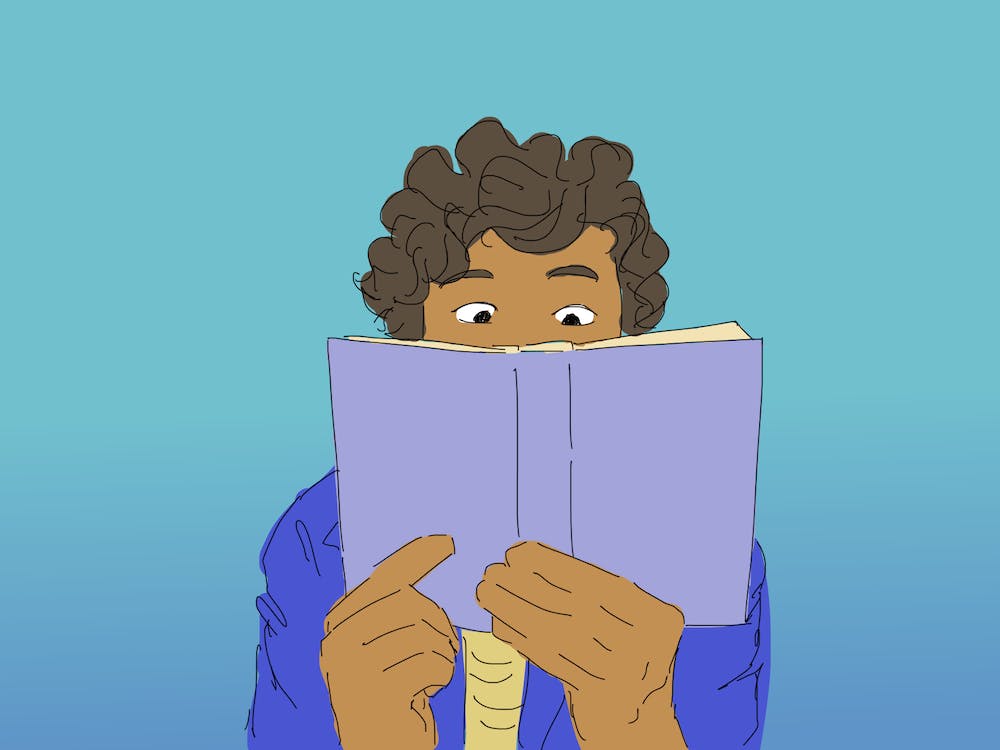 Each year, senior English majors complete a two semester seminar focused on producing a substantial piece of critical or creative work. This project can range from a well researched critical analysis to a collection of poems or short stories. For students concentrating in creative writing, this tends to be a creative project undergone with the intent to share their work upon completion. The Thresher spoke to three students about the creative writing projects that they’re currently working on.

Andreea Calin, a McMurtry College senior, is drawing on her own experiences to draft a novel.

“My novel is very heavily inspired by my own life,” Calin said. “A student in New York is in her first year of college and is experiencing a lot of [feelings of] disillusionment, of being misplaced … She spends a lot of time in her head considering childhood memories and [being from a first generation family from] Romania and familial relationships and how that led to where she is today and connecting now with her feelings of displacement.”

Calin says that she initially struggled with choosing a medium for her project. Since her writing was based on her own experiences, she was unsure whether a memoir format or fictional retelling would suit the story best.

“At the end of the day, [I] ended up deciding that the liberties you have with a fiction novel are much more free than [that of] a memoir,” Calin said. “I can take liberties with facts and change little events that happened in a way that still conveys the truth of my experiences.”

Calin also said she found it nice to be able to work with a cohort of students who were all going through the same things she was.

“Our class meetings are Wednesdays from 6:30 to 9:30 [p.m.], so everyone is exhausted because it’s the middle of the week,” Calin said. “But we can all come together. This is something we chose to do, so it’s like a passion project for everyone. It’s nice to have that camaraderie.”

Hector Cervantes has undertaken a novel project as well but from a distinctly different approach.

“Essentially, I’m approaching it [from] a literary horror genre, which is the genre I’m personally interested in. It’s burgeoning out in the contemporary field,” Cervantes, a Brown College senior, said.

Cervantes said that they believed literary horror had more to do with the themes being explored than with a focus on scaring the reader.

“One of my favorite writers out there right now is John Langan,” Cervantes said, “And over the summer I read this book by him called ‘The Fisherman.’ That book could arguably be more accurately described as folksy fantasy, but it has horror elements because [of] the way it approaches its themes of loss and grief. I think that’s what the genre of literary horror wants to achieve.”

Cervantes found that their own thematic focus changed throughout the course of their research.

“At this novel’s conception, I [sought] to let it be a meditation on … disconnect between a person, their sense of self and the outer world,” Cervantes said. “As I researched more for this novel, I started leaning heavier into ... environmental impact on people’s psychology. … One of the key elements of my novel is the 2010 Deepwater Horizon oil spill in the Gulf of Mexico. I started reading more about that whole disaster, and I thought the environmental impact of this catastrophe is so, so great. I would like to explore it, and that’s [what I am] focusing that book around.”

A life of writing and writing about life

Katimah Harper has chosen a different medium from her two peers, but her themes are still grounded in her lived experiences.

“I’m doing a poetry collection memoir that [explores] the period after my dad’s death, [my and my family’s] experience with grief and how that’s shaped by the way that Black culture as a whole handles the topic of grief and trauma,” Harper, a Duncan College  senior, said.

Harper says that she began writing poetry in middle school before rediscovering her love for it in high school which has led her to continue writing poetry to this day.

Harper said being able to work with a group of people who were excited about each other’s work makes a big difference.

“You can obviously celebrate your own work and critique your own work, but … what better way to pilot [your writing] than with a group of other people who are also creative writers?” Harper said.