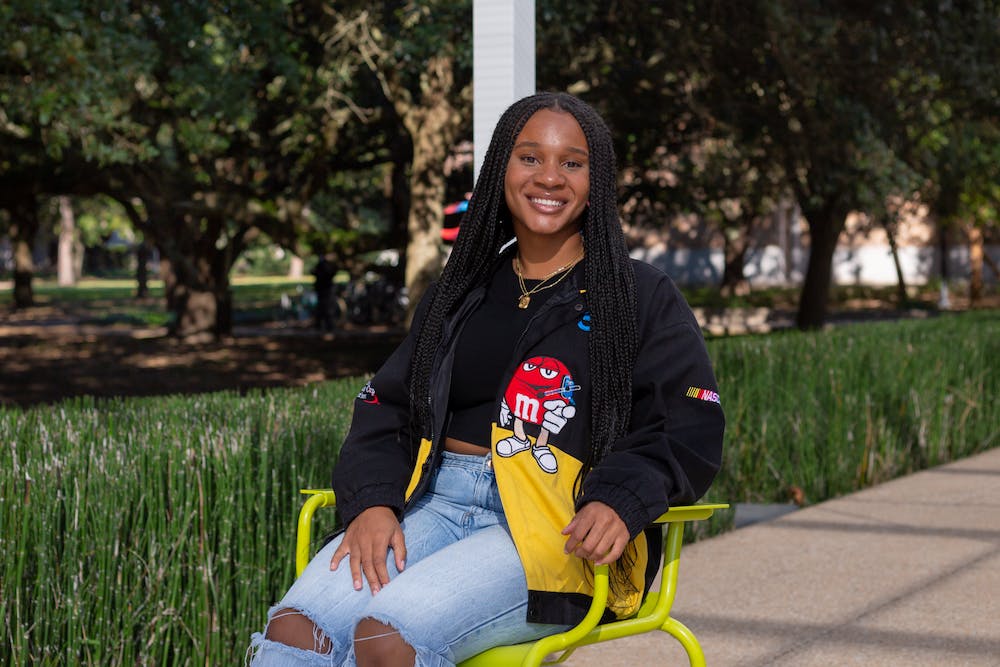 In high school, Chidera Ibezue knew that she wanted to pursue medicine. Ibezue said community service and volunteer work helped her realize that. She entered Rice as a biochemistry major but soon shifted to a major in psychology (with a minor in biochemistry and cell biology), which makes a lot of sense for her career interest, she said.

“I quickly became [a] psychology [major] after my first PSYC 101 class,” Ibezue, a Hanszen College senior, said. “Psychology has allowed me to learn more about the patients holistically. I’ve always said that I wanted to be a physician who treats patients and not symptoms.”

Ibezue’s passion for psychology and medicine grew in the different classes she took. Ibezue said that after learning a lot about workplace discrimination in an industrial psychology course taught by Danielle King her junior year, she was encouraged to join King’s lab the following year.

“[My research team and I] continued to study industrial and organizational psychology but also specifically resilience, and that has been really cool to research because that actually applies to my interest in medicine,” Ibezue said. “I think that patients are one of the most resilient populations and it’s been cool to understand the construct of resilience in a very comprehensive way.”

Classes at Rice gave her an opportunity to connect her academic interests to her passion for psychology outside the classroom, according to Ibezue.

“In my psychology leadership class, for my final project, I did my presentation on the emerging leaders of the Black Lives Matter movement,” Ibezue said. “I talked about this eight-year-old who led a Black Lives Matter movement and discussed the leadership qualities he demonstrated. This was really cool because I got to talk about something I was genuinely interested in.”

According to Ibezue, her major has taught her about the several realms of psychology and how integral it is in serving a community and its various populations. Psychology has also helped her be more empathetic to people’s experiences. Ibezue said that she did research on the psychosocial effects of cancer treatment and its financial aspect on patients and their families.

“Learning about a lot of different people’s experiences and psychological constructs that [have] influenced them has allowed me to understand that a person is more than just what an individual comes across on the surface level,” Ibezue said. “It’s allowed me to be more understanding of what people are going through and it has made me more interested in finding out ways I can understand people and give back to these people.”

Ibezue said that outside academics, she has explored things at Rice that her high school self would not have expected. She said she dipped her foot into everything her freshman year and found it difficult to navigate balancing her personal and academic life.

“When I came to Rice, I wanted to try everything because there was so much to do here. For example, I did powderpuff my freshman year, which I never thought I would be doing,” Ibezue said. “I joined the Rice African Student Association Dance team, and even the [other] clubs that I joined — I guess I just would have never expected joining [them].”

Ibezue said she also found it challenging to figure out where she fit in the Rice community.

“Having this new academic rigor was definitely new to me, and having to get used to that, one thing that I realized that I was not good at when I came to Rice was asking for help,” Ibezue said. “That was definitely an obstacle I had to go through because I knew I needed help, but I didn’t know how to ask for it … But once I realized all the people around me … were there to help me and to support me, I started getting more comfortable … and began to understand ways that I can tackle Rice and be more successful here.”

Ibezue said that once she found more of a balance, she focused on clubs and projects that have been important to her throughout her time at Rice. Ibezue is a member of DAWA Pre-health Society, an organization for minority students on the pre-med track and served as treasurer last year. She also joined Period @ Rice her freshman year and was the club’s president in her junior year.

“I think contributing to destigmatizing and normalizing the conversation around menstruation is something that’s been really impactful, and the fact that anyone regardless of gender and personal background can come and participate in [the] events and come together to give back to the community … has been really cool to see,” Ibezue said. “And being around other minority pre-medical students and being able to support them and learn from them on this track has been super impactful.”

According to Ibezue, in college she has explored her background and ethnicity in much greater depth than she did in high school. She is part of the RASA Dance team and was involved in Africayé, RASA’s annual cultural show.

“One of my favorite memories at Rice is Africayé my sophomore year … I was part of the dance team and I walked in the fashion show,” said Ibezue. “That was really fun because a lot of my peers who weren't even African came and saw me in my native traditional wear. I got to not only immerse myself but also share part of me with my friends [and] my classmates, which I have never felt I could do before.”

Ibezue said she has enjoyed the company she has had and the different activities she has been involved in at Rice. She said that her current plan is to attend medical school next fall.

“[Coming to Rice] was one of my best decisions I made … and I think Rice has exposed me to a lot of new things and prepared me for a lot of new things,” Ibezue said. “Since I am graduating in December, I am still unsure of my plan for next semester. I want to use this opportunity to relax and travel a bit and enjoy this brief period without school.”