Rice business ranked No. 3 for entrepreneurship, up from No. 15 last year 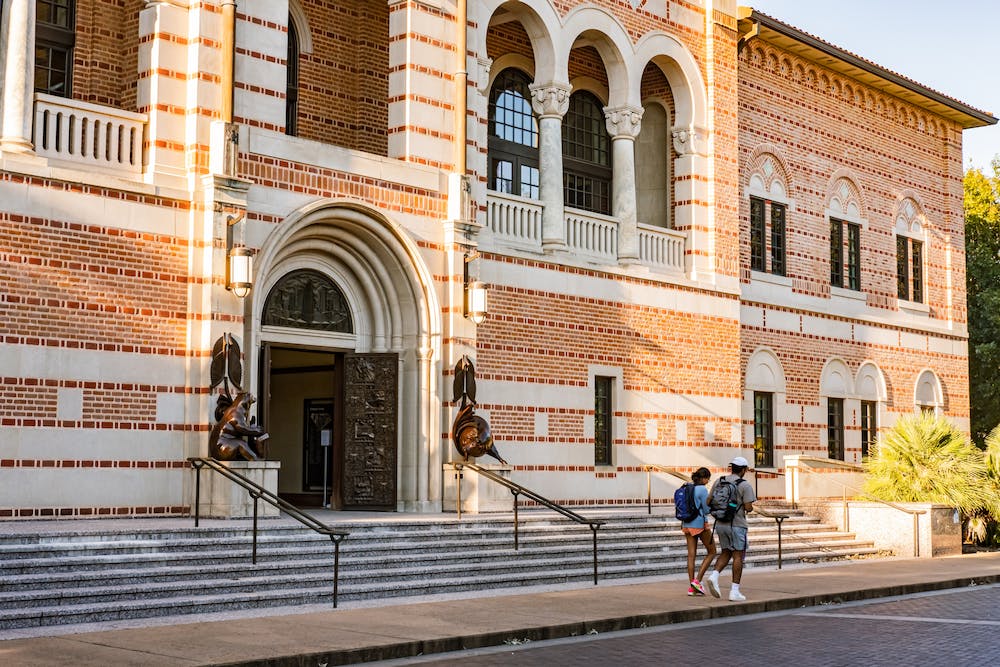 Rice University’s Jones Graduate School of Business was ranked No. 3 in Poets & Quants’ World’s Best MBA Programs for Entrepreneurship rankings for 2022, up from No. 15 on the 2021 list.

Peter Rodriguez, dean of the Jones Graduate School of Business, said that the Poets & Quants ranking is influential despite being relatively new.

“I think there are probably three big rankings for entrepreneurship. And I think they tend to be U.S. News and World Report, Poets & Quants and Princeton Review,” Rodriguez said. “What [Poets & Quants] tends to do with their rankings is combine other rankings or take measures generated from the rankings that they deem to be better or more reflective.”

Rodriguez said that he is happy with the Poets & Quants ranking, which he believes tends to be more quantitative and holistic than the other rankings.

“Poets & Quants tend to look at things that can be helpful, like how many courses in entrepreneurship are offered, how much money is actually given to the firms that students launch and how much support is given to the students after they graduate,” Rodriguez said. “With anything, you have to take any ranking with a heavy grain of salt, because when we succeed, it’s because we did well. I think in this case, it’s a pretty good ranking, and we’re really happy to be high in it.”

According to Rodriguez, he thinks the jump in ranking is based on the accumulation of good results over time.

“Our reputation has been growing as our programs become more widely known,” Rodriguez said. “I think the other [reason] has just been the success of startup companies facilitated out of Rice one way or the other. And we’ve had good results over a long time because of the various startup competitions we’ve had here, whether it’s through [Liu Idea Lab for Innovation and Entrepreneurship], or through the Rice Alliance for Technology & Entrepreneurship.”

Rodriguez said that Lilie and the Rice Alliance are part of the Jones Business School. The Rice Alliance began over 20 years ago as a business plan competition, and has grown to become a facilitator of entrepreneurship endeavors, mostly connecting with groups outside of Rice. Lilie is six or seven years old, generated by a gift from Rice graduate Frank Liu. Its work is focused more internally, such as on degree programs.

Rodriguez said that the Jones Business School will invest to support the undergraduate business major, which he hopes will have great success and that a lot of students will be interested in.

“It wouldn’t surprise me if the noticeability of our programs has risen because we made a big announcement about an undergraduate business major,” Rodriguez said. “We’re looking into growing our physical facility by expanding our building so that we can have more classroom spaces and more meeting spaces for all of our students, but especially to accommodate the undergraduate growth.”

Brad Burke, managing director of Rice Alliance, said that the Jones Business School was one of the first graduate schools to teach entrepreneurship back in the ’70s.

“We’ve had a large number of authorship courses available to students at the graduate level, and we also have a number of co curricular activities available to MBA students,” Burke said. “[It’s] a self-fulfilling prophecy because I think we attract more students who are interested in entrepreneurship at the graduate MBA level [because of our] focus on the curriculum, the focus on co-curricular activities, focus on activities, like the Rice Business Plan competition.”

Rodriguez said that he thinks Rice Business has been quite under the radar for a number of years nationally.

“We’ve ranked No. 1 in graduate entrepreneurship for two years in the Princeton Review,” Rodriguez said. “And that review is coming out again soon. But I think it’s just helped schools see us nationally and think ‘Wow, who’s placing above Stanford [University] or [the Massachusetts Instutute of Technology] or Babson [College]?’ And being in those conversations has been really useful to our groups.”

Roslynn Velasquez, marketing director of Rice Alliance, said that Rice business students have a unique opportunity because of Rice Alliance’s commitment to be such an active participant in both the Houston community and the national entrepreneurship community.

“We get to bring in a lot of other startups and resources for them to immerse themselves in this community that we then also provide to them on campus through our [own] programs,” Velasquez said. “And with Lilie, there’s just a really robust and growing ecosystem and environment for [students] whether you’re [in a] really early stage and just interested in learning about startups and entrepreneurship or you have a company that’s a little bit further along and need some of those resources.”

According to Burke, one of the biggest advantages of Rice’s entrepreneurship program is its large network and large entrepreneurial ecosystem.

“There are opportunities for students to take internships with venture capital firms, or to have internships with startups or just to attend events where they can see existing startups pitching their startup investors, so they can learn from seeing other people who pitch,” Burke said. “So teams have the advantage of the network that’s been built over time to be able to learn and to take advantage of that in smaller cities or smaller locations where there hadn’t been that university based network established.”

Burke said that Rice Alliance and Lilie continue to build on their programs every year. For example, Rice Alliance launched a new clean energy accelerator program this year.

“[The program is] open to not just present students or alumni, but it’s [also] open to any clean energy companies,” Burke said. “There are a lot of students who have an interest in clean energy and renewable energy sustainability. And I think that’s another example of expanding opportunities for students who want to get involved in entrepreneurship. I would envision that we continue to build upon these programs.”

Rodriguez said that the Jones Business School is trying to hire three new entrepreneurship professors on the tenure track.

“[It] is not all that common, but it’s something that reflects our deepening of a commitment into this area of your academic life,” Rodriguez said. “Especially for undergraduates, almost no matter what you major in, I think it makes obvious sense at some point for engineers, computer scientists, natural scientists and really anybody to have an interest in entrepreneurship. And so we need more capacity.”

According to Rodriguez, it shouldn’t be surprising that a university like Rice could have top notch graduate programs, as long as it dedicates good resources to it over time.

“We’ve certainly done that in the business school, and I think the university will do more of that going forward across all disciplines in all schools,” Rodriguez said. “I think that will benefit the reputation of the university as a whole.”