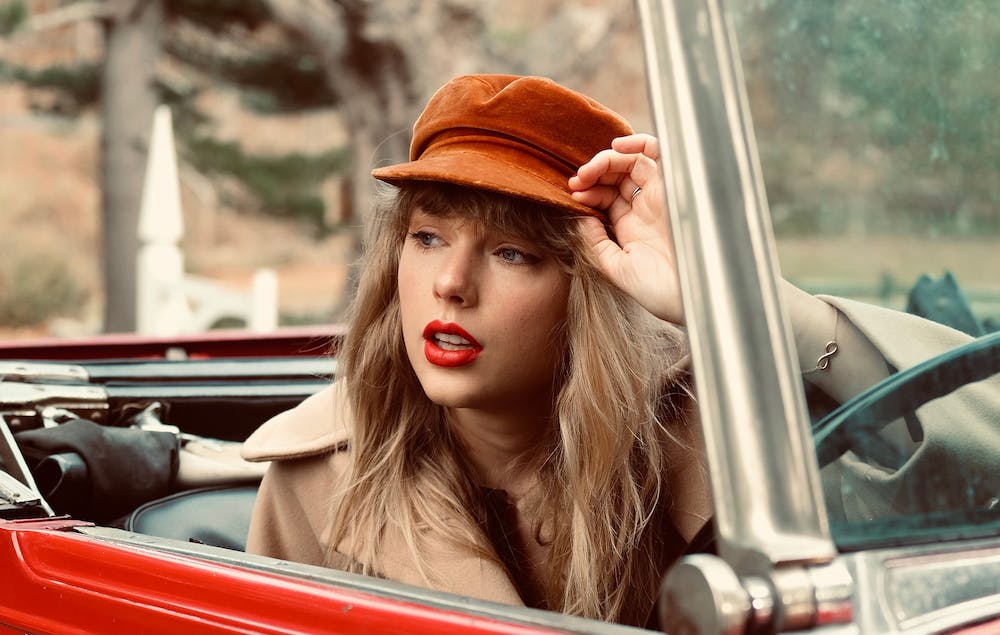 We witnessed “Red’’ begin again on Nov. 12 as Taylor Swift released “Taylor’s Version,” her second re-recorded album. Swift started re-releasing her music with “Fearless (Taylor’s Version)” in April of this year in an ongoing effort to reclaim the rights to her music. While Swift has publicly expressed disappointment and frustration with the conflict over the ownership rights of her first six albums as an artist, her re-recordings have opened opportunities for milestones in her career and the music industry as a whole.

Despite 20 of the 30 tracks on “Red (Taylor’s Version)” already being released on the original 2012 album, the new record debuted with a record-breaking 90.8 million first-day streams on Spotify and her highest ever album rating of 94 out of 100 on Metacritic — and for good reason. With more mature vocals and an breathtaking array of “from the vault” tracks that were not included in the 2014 version, “Red (Taylor’s Version)” improves on an impressively heart-wrenching album.

The 2014 “Red” was already a landmark in Swift’s discography; she herself referred to it as “musically and lyrically … resemb[ling] a heartbroken person … all over the place, a fractured mosaic of feelings that somehow all fit together in the end.” As her album with the widest variety of music styles, ranging from the arena rock “State of Grace” as the opening track to the standard country-pop “Stay Stay Stay,” that “fractured” aspect of “Red” characterized Swift’s progression as an artist.

Not only were tracks such as “22” and “I Knew You Were Trouble” her first experiments in the pop genre ahead of her Grammy-winning pop album “1989,” but her mature and candidly sentimental songwriting also encapsulates the turmoil of her transition from teenage country sweetheart to an adult celebrity scrutinized under the public eye. She reflects on her fear of her celebrity status and the transience of fame in “The Lucky One” and “All Too Well,” where she narrates a relationship from the “very first week” until after the breakup, is still regarded by fans as one of the best-written songs of her career. Some of the themes and styles introduced in “Red” would become a precursor to her writing on her more recent albums as well. For instance, “The Last Time,” a duet featuring Gary Lightbody, portrays opposite perspectives on the end of a relationship with almost conversational overlapping lyrics, a concept that Swift doesn’t revisit until “exile,” featuring Bon Iver, in her 2020 “folklore.” The original “Red” album therefore showcases the best of Swift’s songwriting as well as her first ventures outside of her country pop youth.

Now in her 30s, Swift’s matured vocals on “Red (Taylor’s Version)” are able to convey even more of her lyrics’ emotional vulnerability, especially in songs like “Treacherous,” “I Almost Do” and “Sad, Beautiful Tragic,” where heartbreak is front and center. While the re-recordings were generally improved by Swift’s improved singing abilities, some tracks seem a little jarring in her matured voice. “22” and “We Are Never Ever Getting Back Together” both hinge on a cheeky frivolity and angst that Swift seems to have grown out of — and, of course, it’s difficult to emulate “feeling 22” almost a decade later. Even so, Swift’s singing has noticeably improved on these tracks, and the album comes off as a more polished work.

The previously unheard “from the vault” tracks also enhance “Red (Taylor’s Version)” by adding more nuance to Swift’s feelings and experiences during her early 20s while maintaining the nostalgic, heartfelt writing seen on the rest of the album. In “Nothing New,” featuring Phoebe Bridgers, Swift laments “how can a person know everything at eighteen / but nothing at twenty-two? / and will you still want me when I’m nothing new?” Mirroring some of the sentiment from “The Lucky One,” Swift delves into her fear of being replaced as an artist in the public psyche but with a simpler music production that allows for her raw lyrics to shine through. Along with Bridgers’ soothing vocals, Swift perfectly captures the anxieties associated with growing up. Her relationship with a loved one struggling with mental health is explored in “Forever Winter,” where she attempts to reassure them, “If I was standing there in your apartment / I’d take that bomb in your head and disarm it / I’d say I’d love you even at your darkest and / Please don’t go.” The lyrics, accompanied by deceptively cheerful background instrumentals, are painful and desperate, and the song itself brings a new and crucial perspective to the album.

The original ten-minute version of “All Too Well,” accompanied by a short film that premiered the same day as the album release, was one of the most highly anticipated “vault” songs.

“All Too Well (10 Minute Version)” does not disappoint — the already intensely intimate and descriptive lyrics are interspersed with new verses that both fill in the details of her relationship and contribute to a more cohesive story. Swift depicts moments with her lover “tossing [her] the car keys” and charming her father, all the while emphasizing their age difference to a much greater extent than in the original. For instance, she recalls her lover ending the relationship saying, “If we had been closer in age then maybe it would have been fine,” and in the final verse she quips “I’ll get older but your lovers stay my age.” Her scathing criticism of her ex pursuing a relationship with her at such a young age despite their age gap provides more context to the original lines, such as “your sweet disposition and my wide-eyed gaze,” as well, re-characterizing her ex as explicitly predatory rather than just “casually cruel.” With Swift framing their relationship between the seasons, establishing the first scene as a car ride through “autumn leaves falling down like pieces into place” and concluding “in this city’s barren cold / I still remember the first fall of snow,” the song has a clear narrative structure that leaves listeners with discomfort over their age difference along with solidarity and empathy over how the relationship unraveled.

“Red (Taylor’s Version)” is a masterful recreation of the album that was arguably one of the biggest catalysts for Swift’s long-term success. Her improved vocals better spotlight her songwriting prowess, reaching and connecting with a larger audience than ever before. Swift is currently on an unprecedented trajectory in her career, and as she continues to re-record her previous albums and potentially write new ones, only time will tell what will come next for her.