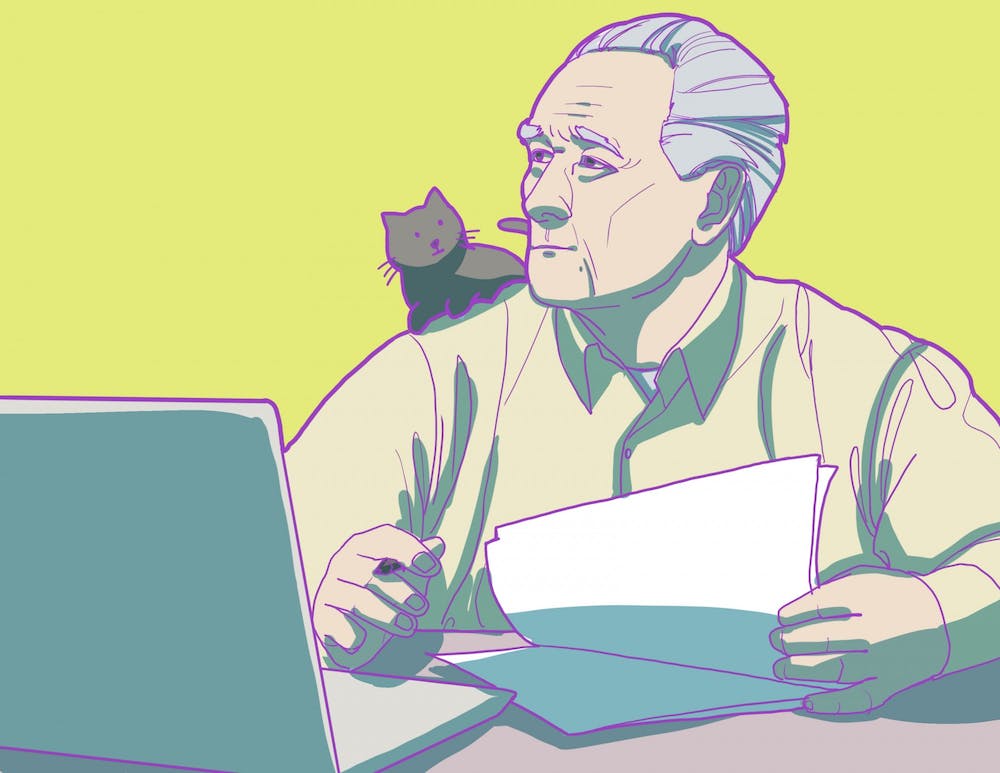 Leebron wrote in an email to some of the Rice community that Policy 440 guidelines will be primarily implemented by heads of administrative departments and broader academic units.

“Requests for alternative work arrangements will first be discussed and agreed on by the unit supervisor, and will then be approved by the responsible unit head, whether a dean, vice president, vice provost or other head of an administrative unit,” Leebron wrote.

Staff eligible for Policy 440 accommodations will be determined based on job responsibilities and employee suitability, according to the policy. Leebron said that he expects that the policy will not lead to a large number of staffers working fully remote but instead allow for individuals to have more flexible work arrangements or alternative work schedules.

“The number of people who are in the office three days and maybe remote two days … is going to be a much more significant number and that just gives people a chance to be, we hope, as productive as possible, as happy as possible, as able to manage their entire lives as possible,” Leebron said.

The overall goal of the policy was to redefine the structure of a work schedule for eligible employees, according to Leebron. Specifically, Leebron said the staff’s desire for flexibility and the University’s desire to retain their employees lead to the signing of Policy 440.

“One [reason] is to be responsive to what we learned [about] both administrator and staff desires regarding how to work in the future,” Leebron said. “The second was being realistic about the competitive environment that we’re facing, where other universities [and other organizations] may be recruiting employees from across the country to do tasks that don’t require any presence on a campus.”

Gloria Bean, department administrator and program manager in the Office of Diversity and Inclusion, said she approved of the signing of Policy 440.

“I was happy to learn of the new policy,” Bean said. “I think it is a step in the right direction and will be beneficial overall for Rice and eligible employees. The policy fits into current trends in the workplace.”

The disruption to in-person activity caused by the COVID-19 pandemic has changed the fundamental way in which individuals work, according to Leebron.

“Two things have changed,” Leebron said. “One, the technologies that we use have changed. But also, people’s confidence in those technologies, and their expectations have also changed to some extent ... At the same time, people found that new [virtual] ways of working could be at least equally productive. They found that it might help them accommodate the conflicting demands on their time.”

Bean said that she found that working from home allowed her to be productive and better balance her schedule.

“Speaking from experience, I seemed to be more productive when working from home,” Bean said. “I knew my assignments and could work uninterrupted during the work day.  I set boundaries that allowed for taking two 15-minute breaks and a lunch break as I would when in the office to avoid Zoom fatigue. Working from home also allows more time for life-work balance.”

Carl Apple, the director of communications at the School of Engineering, said that the enactment of Policy 440 will be beneficial to his team.

“My team has been working mostly [remotely] since the start of the pandemic. Many of us have families and other responsibilities at home and this flexibility has enabled us to better fulfill those responsibilities while maintaining work at a high level,” Apple said.

Although Policy 440 provides staff members with greater flexibility, Leebron said that the preservation of community at Rice is vital, and that the implementation mechanism and process work to maintain a sense of community.

“The mechanism for implementing ... considers both the collective interests and the individual interests together,” Leebron said. “Part of the implementation process includes some measure of coordinating across campus … that rests with deans and vice presidents. But the authority ultimately doesn’t exist solely within the unit, and we expect people to articulate what their needs [are] … we need to do that collectively.”

Nancy Adler, an academic program administrator in the Department of Chemistry, said that she does not think that Policy 440 will disrupt culture at Rice.

“I don’t think there will be a major effect to the Rice community at large at this time because we’ve had almost two years of operating in a hybrid work model and we’ve learned what type of work is best suitable for in-person and what type of work is completely transferable for home,” Adler said.

Outside of the policy, Leebron said he hopes students, staff and faculty alike will be more visible when on campus.

“When you’re on campus [make a little more effort] to say hello to people, [to] appreciate their work and to interact with them,” Leebron said. “Because if your unit and you decide you’re going to do three days remotely and two days on campus, I think you owe it to the campus ... to be maybe more visible, more interactive, making sure you touch base with people and express some of your appreciation for them. And it falls on all of us to ensure the collectivity of what we do.”

Going forward, Leebron said the university plans to focus on balancing the incorporation of new technologies with the importance of in-person interaction.

“But I hope [Zoom] won’t replace meeting somebody for coffee or saying, ‘Let’s meet at the Pavilion’ or ‘let’s take a walk across the campus and talk about this issue,’” Leebron said. “Because people, I think, when they get to know each other in a perfect personal space, often they’re more responsive and [in a] more open frame of mind.”