Jasmine Hearn brings their experiences to the Moody Center through dance 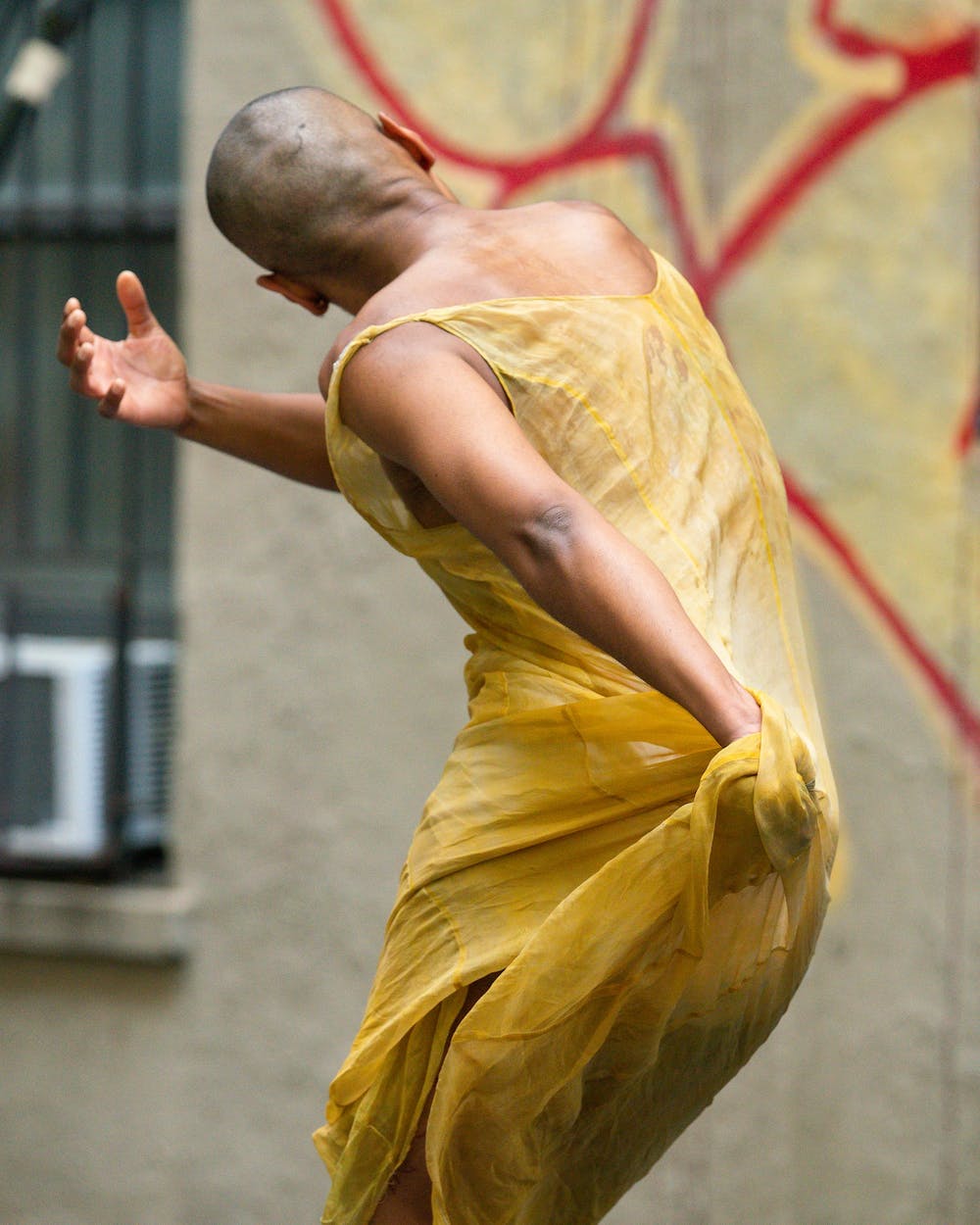 Jasmine Hearn, an artist who incorporates dance, sound and costume into their performances, will be performing at the Moody Center for the Arts on Nov. 5 with three improvisational solo performances at 5:30, 6:30 and 7:30 p.m. with free admission. Hearn was commissioned as part of Moody Center’s Dimensions Variable series, which brings performance art to Moody in conversation with its current exhibitions. They will be performing dance, featuring sound and song, in conversation with Kapwani Kiwanga’s current exhibition at the Moody Center and is a part of their “Nile: A Wondering River” series. Due to its improvisational nature, they do not exactly what their performance will look like.

“The title that I am using, ‘Nile,’ references the ways that I imagined myself as river, a wandering and wandering body of water that gets to exist in so many different channels,” Hearn said.

Hearn was able to visit Kiwanga’s “The Sun Recalls the Moon’s Shadow” on several occasions to gather inspiration for the performance.

“[I thought about] what it means to fill a historically white space with my body, with my voice,” Hearn said. “In response to the way that [Kiwanga] fills the whole space with this big installation of these raw materials.”

Hearn said that colonial and racist attitudes have been pervasive in the art world, dictating which art was discussed and exhibited for centuries.

For Hearn, honoring their teachers and the people who have taught and inspired them is incredibly important. They describe these people as their “river bed,” each providing invaluable experiences for them.

“All of it, I would deem as so precious. And that’s what I always referenced. I reference everything all of the time”.

Hearn grew up in Acres Home in the north of Houston and discussed how different it feels to be performing in Houston.

“So many folks from my village, from the communities I was raised [in] will be there. So what does it mean to be seen as my whole self after being away for, I would say, 14 years?” Hearn said. “Growing up in Houston was joyous.”

The themes of memory, time, identity and imagination feature prominently in Hearn’s work. These topics have been a focus for Hearn since they were cast as Time in a film by artist Alicia B. Wormsley.

“Since then, I’ve really just taken that as a charge to be with the memories of those who came before me, especially those who paved the way for me to exist,” Hearn said. “It’s a way of letting my body be a library of floating memories. These memories, in my opinion, as I was growing up in Texas, were not honoured, and were not in books.”

Hearn said they hope audiences will feel a range of emotions in their show from happiness, to sadness, from the performances, and that this performance will never be repeated .