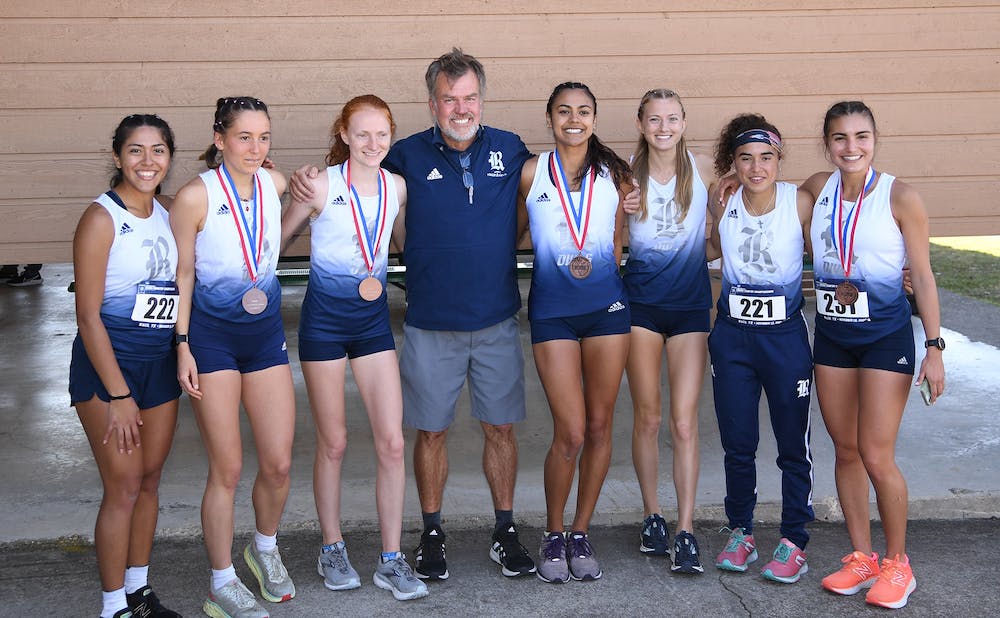 According to head coach Jim Bevan, the Owls’ top-two finish was especially gratifying since the Owls entered the competition unranked.

“It’s incredibly hard to make the NCAA Championships because only 31 teams in the country make it,” Bevan said. “This time it was extra special because nobody outside of our group believed we had a chance. But our team believed. In the ’80s, Rice had a saying ‘yes, Rice can,’ and that’s what we were yelling pre-race. Rice can and we did.”

Forbes finished 16 seconds ahead of her nearest competitor, and 52 seconds ahead of fourth place, helping the team edge out the third-place University of Texas, Austin by just five points. The Owls finished with 96 points, 69 behind the University of Arkansas for first place out of the 22 teams at the event. According to Bevan, Forbes set out to take first place with the team in mind.

“Grace asked me before the race, ‘If I win, does that give us a chance? My dream would be for the team to make it,’” Bevan said. “That just goes to show you how special a person and teammate she is.”

The win is Forbes’ fifth of the season in just six races. Forbes said that she took the lead halfway through the race, and never looked back.

“I made my move at 3k and there was no response from the pack,” Forbes said. “I led the race from there and was able to come home with the win.”

In addition to Forbes’ first place finish, Rice placed four runners in the top 25, with sophomore Caitlin Wosika taking 13th, senior Lourdes Vivas di Lorenzi taking 20th, and sophomore Taigen Hunter-Galvan placing 21st. According to Bevan, he was proud of each of their showings.

“Caitlin was unbelievable and Lourdes had her best performance in three years fighting back from injuries and illnesses,” Bevan said. “Taigen has put it all together and [sophomore] Rachel [Shoemaker, who took 49th place], was passing people late when it mattered.”

The team now heads to Tallahassee, FL on Saturday for the NCAA Championships, which will be broadcast on ESPNU.

On the men’s side, meanwhile, the Owls finished in fifth place, one point behind fourth-place Lamar University and 35 points behind third place Arkansas State University. The result brings their season to a close. Senior Hociel Landa led the Owls with a 15th place finish. He was followed by senior Alex Topini in 26th and sophomore Travis Dowd in 37th.