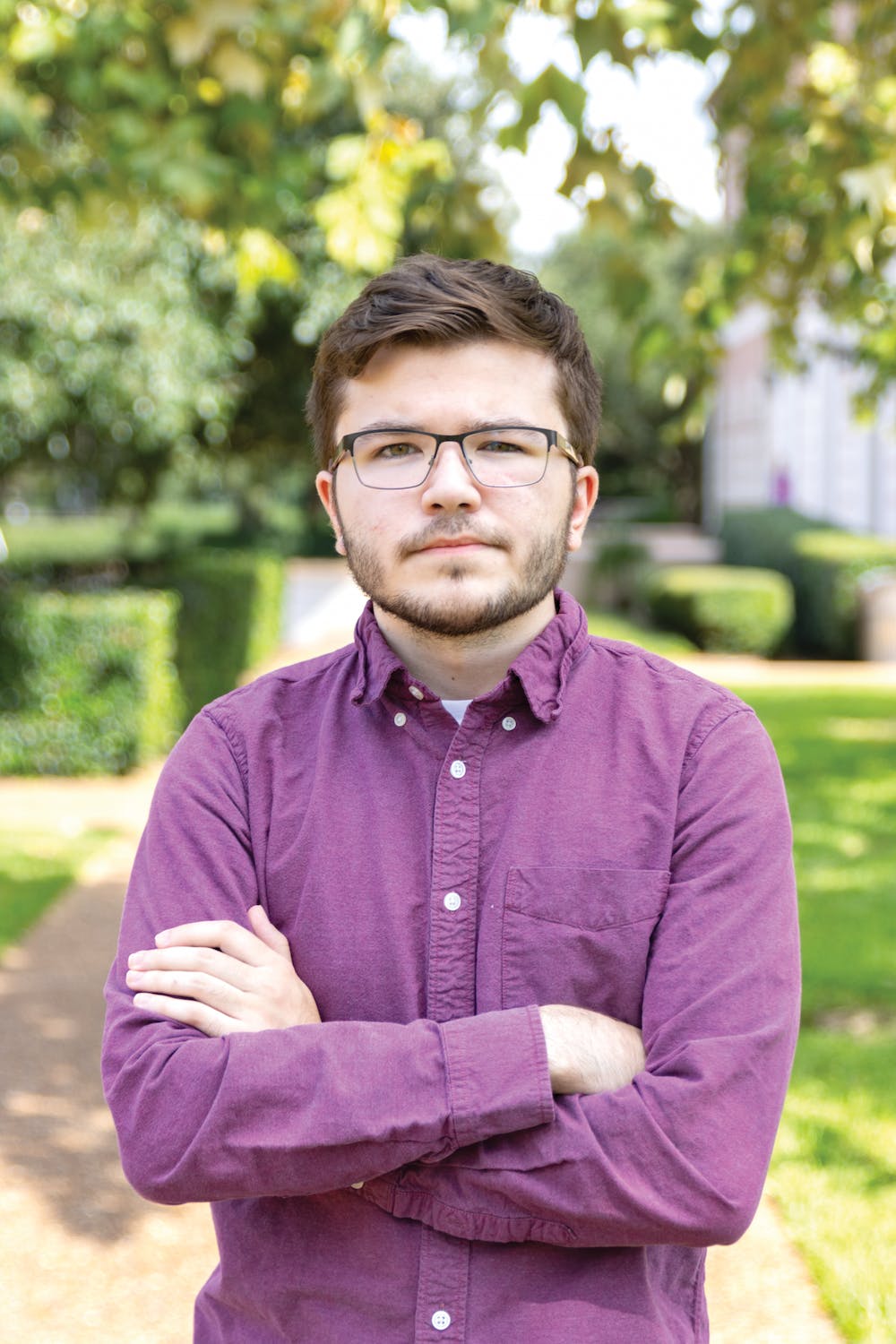 For most people, May of 2020 was a time of indoor confinement, computer screens and desperate clinging onto tidbits reminiscent of a previously existing normalcy. Tomás Jonsson, a Will Rice College senior, was no exception. Left to his own devices, the confinement would soon mark the unanticipated beginning of a new era in his life.

Jonsson, a piano performance major at the Shepherd School of Music, took to music as a source of motivation during the height of the COVID-19 pandemic. Not long after, he was inspired to put his artistic abilities to work and thus began the making of his debut album, “First Impressions.”

“I was kind of forced to do everything myself, so I figured, ‘Wouldn’t it be cool if I did an album of all original music, where I record, write, mix, master and do everything from start to finish?’” Jonsson said. “It was [done] out of necessity, and then it became an artistic vision.”

Although he has pursued musical endeavors in the past in the form of collaborative works — such as in performance trios and with Canadian jazz singer Caity Gyorgy — the album’s title “First Impressions” reflects this being Jonsson’s first solo project.

“I’ve done a lot of projects that I’ve put out on Spotify that feature other people,” Jonsson said. “Most of my recorded work has been collaborations with big bands or trios and stuff. And this is a … listener’s first impression of me as an artist. It’s making a definitive statement for myself as a solo artist, and I haven’t done that before.”

This concept of a first impression is further illustrated in the album’s cover, which features a work of art and a person staring at the art.

Among others, Jonsson cited Afro-Cuban music and years of playing in a Black gospel church as influences to “First Impressions.” Though the presence of jazz is most prominent, he does not tie the album to a single genre.

“It’s a multi-genre album, so it’s really a mosaic of a lot of my different influences,” Jonsson said. “I’ve got some original classical compositions that take me back to when I first started playing music. It’s probably fair to characterize it as mostly a jazz album, because that’s kind of what I’m trying to turn my career towards in the next few years.”

The multi-faceted nature of “First Impressions” is further characterized by the sources Jonsson used for recordings. Though a vast majority was recorded digitally from home, Jonsson also utilized spaces within Rice to bring his artistic vision to life.

“Some of the stuff I recorded here at Rice,” Jonsson said. “I’ve used Duncan recital hall and some of the other halls at Shepherd, cause they’ve got great pianos, great spaces. Other stuff I’ve done [on] electric keyboard. I’ve got special grands that you can really only get digitally. It’s a mix of digital and acoustic.”

Another layer to “First Impressions” is Jonsson’s method of writing — what he terms “a strange, hybrid approach.” This approach is influenced by both his classical background and his experiences in the jazz scene.

“My classical background is very written out. It’s kind of pre-planned, and jazz is often spur of the moment,” Jonsson said. “Oftentimes, what’ll happen is I’ll write the melody — the theme for a piece — and the middle section will be improvised. I’ll take the chord changes, the harmonies of the theme, and then I’ll improvise over those in the middle section. But there’s others that are written out, and then I play them according to my vision.”

In light of the album’s release, Jonsson is preparing for two upcoming performances: one on Friday, Oct. 22 at 5:30 p.m. at the Duncan Recital Hall, and the other on Saturday, Oct. 23 at 4:30 p.m. at the Kawai Piano Gallery. The performances will feature improvised solos, and those in attendance will be the first to hear the album. Though the album does not yet have an official release date, a pre-save link will be available for those in attendance. The album’s projected release date is in November.

Jonsson encouraged those who plan on attending to listen to “First Impressions” upon its release, as performance elements will differ from those incorporated in the album. While the performance is solo, the album features additional accompaniment.

“I have some high-quality instrument libraries, so I actually created mini orchestras for some of the songs,” Jonsson said. “There are some songs, for example, that have some really expansive synths, horns or percussion. It’s a very different experience. And because the solos [will be] improvised, you’re not gonna hear the same things twice.”

Upon reflecting on his year-and-a-half-long project, Jonsson shared the role of time and importance of patience.

“Every time I work on a recording project, one of the biggest lessons I take away is it’s always gonna take more time than [I] think, even after accounting for the fact that it always takes more time than [I] think,” Jonsson said. “Sometimes I’ll do a four-hour recording session, and not have a single take that I like. It’s a slow process, but almost always I end up being happy with the results.”

Jonsson also noted the role Rice played in “First Impressions.” He contemplated leaving Houston for his undergraduate experience if not for the myriad of opportunities Rice offered for musical pursuit.

“As a result of staying in Houston, I’ve learned gospel music, I’ve learned salsa, I’ve learned a bunch of genres I otherwise wouldn’t have learned,” Jonsson said. “‘First Impressions’ would not have existed without Rice.”

As he nears the end of his undergraduate experience, he’s enthusiastic about the future. He hopes “First Impressions” will serve as a means of receiving recognition from donors and record labels who can help him realize future musical endeavors.

“I’d like to be able to pitch to record labels [and] donors that want to fund the creation of new music, by showing that I have the capability to create an album completely independently,” Jonsson said. “All of my other stuff has been EPs, singles. This is definitely my most ambitious thing yet. I’m hoping by showing, with my own money, my own time, my own resources, I can do it all myself. People are going to be less afraid to invest in new music knowing they can get a good project out of it.”