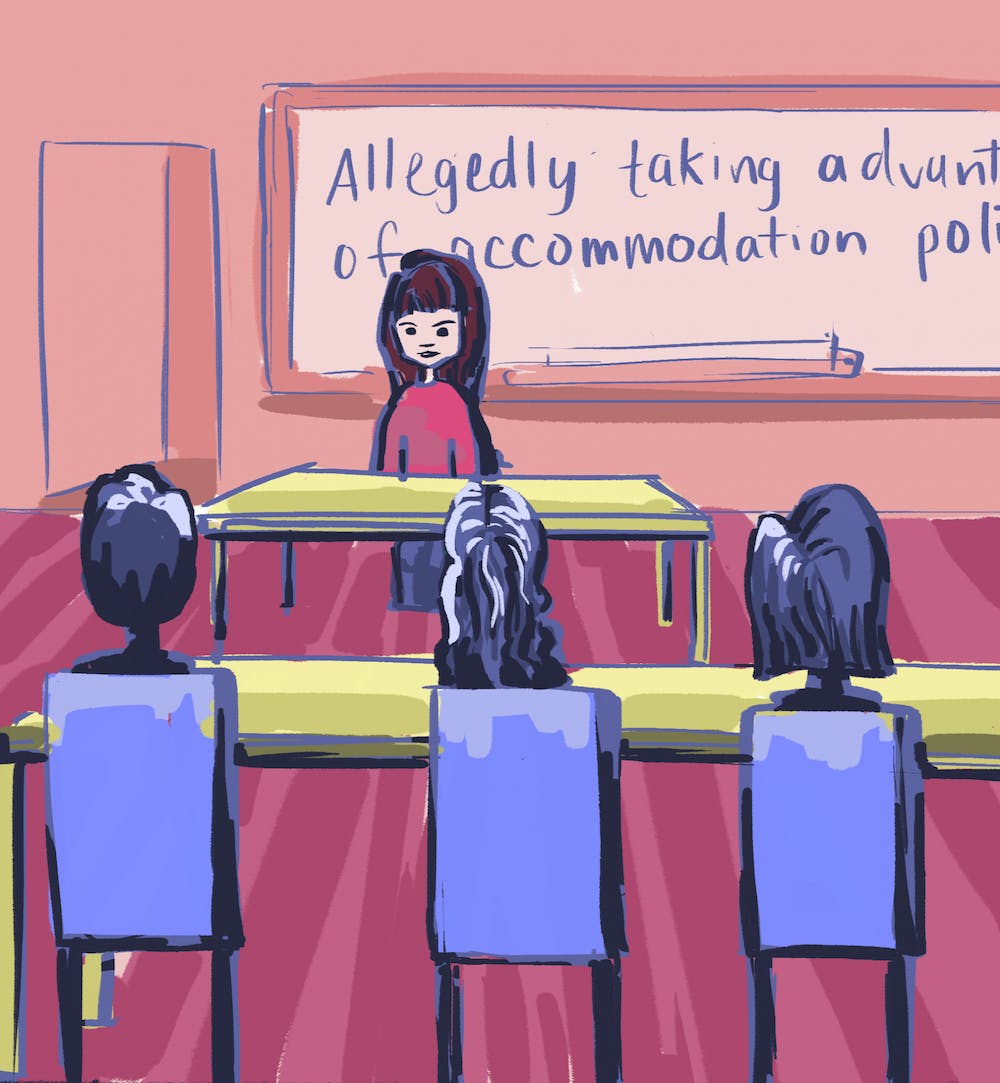 Student Judicial Programs will handle disciplinary cases for students suspected of abusing Rice’s COVID-19 isolation policies, according to SJP Director Emily Garza. Garza and Dean of Undergraduates Bridget Gorman told the Thresher that they are not aware of any reports of student misconduct with respect to COVID-19 accommodations.

Garza said she considered the provost’s initial statement misleading, and said she believes SJP is better equipped than the Honor Council to handle a report of a student taking advantage of quarantine and isolation rules. The Provost’s midsemester update had said that the Honor Council would assume responsibility for these cases.

“If someone is being dishonest about their reasons for missing coursework and requesting accommodations that aren’t appropriate for their circumstances, that’s a behavioral [issue], not really academic integrity misconduct,” Garza said. “[The Honor Council’s] penalty structure isn’t set up to address that kind of behavior. Students shouldn’t be in conversations with other students about their confidential and private medical status.”

Garza said neither she nor representatives from the Honor Council were consulted prior to the midsemester update email. Gorman confirmed that the authors of the midsemester update — herself, Speaker of the Faculty Senate Christopher Johns-Krull, Provost Reginald DesRoches and Dean of Graduate and Postdoctoral Studies Seiichi Matsuda — did not meet with the Honor Council before publishing the update. Garza said she and Gorman have since spoken.

“If asked by SJP, Crisis Management would confirm whether or not a student had been told to quarantine or isolate due to exposure to COVID,” Gorman wrote in an email to the Thresher.

The directive was published to clarify the university’s COVID isolation policies, according to Johns-Krull, who said some faculty members did not know how to ensure students were missing class for the right reasons.

“There was some confusion among at least some faculty that were not sure whether or not they could check … if students who were missing class due to COVID precautions were doing that because they were told to or because of some other reason,” Johns-Krull said. “We have had students that even though the contact tracing team has said they don’t need to isolate, chose to isolate for whatever reason.”

Cases brought to SJP will be handled through their usual process, according to Garza.

“[A case] would go through our regular disciplinary process as any other Code of Student Conduct violation would,” Garza said. “Our office would engage the student whose behavior is at issue … we would speak with the professor who raised the concern to begin with, and then we’d go about gathering any other information that we can to determine whether or not there was a violation of Rice’s policies.”

Student Association President Kendall Vining said she hopes the mental health and wellbeing of students will be prioritized over immediately making reports to SJP.

“I feel like the first step should be for the professor to hopefully check in with the student … especially with Rice’s emphasis on mental health and wellbeing this semester,” Vining said. “There are some students, I guess, who are telling their professors ‘I’m sick, I’m sick.’ I feel like that would be better addressed by a counselor rather than [SJP].”

Overall, Vining said she does not expect students to be particularly affected by the new directive.

“I understand why the rule exists and why it had to be said,” Vining said. “I don’t think it’s a reason for students to feel concerned and alarmed.”