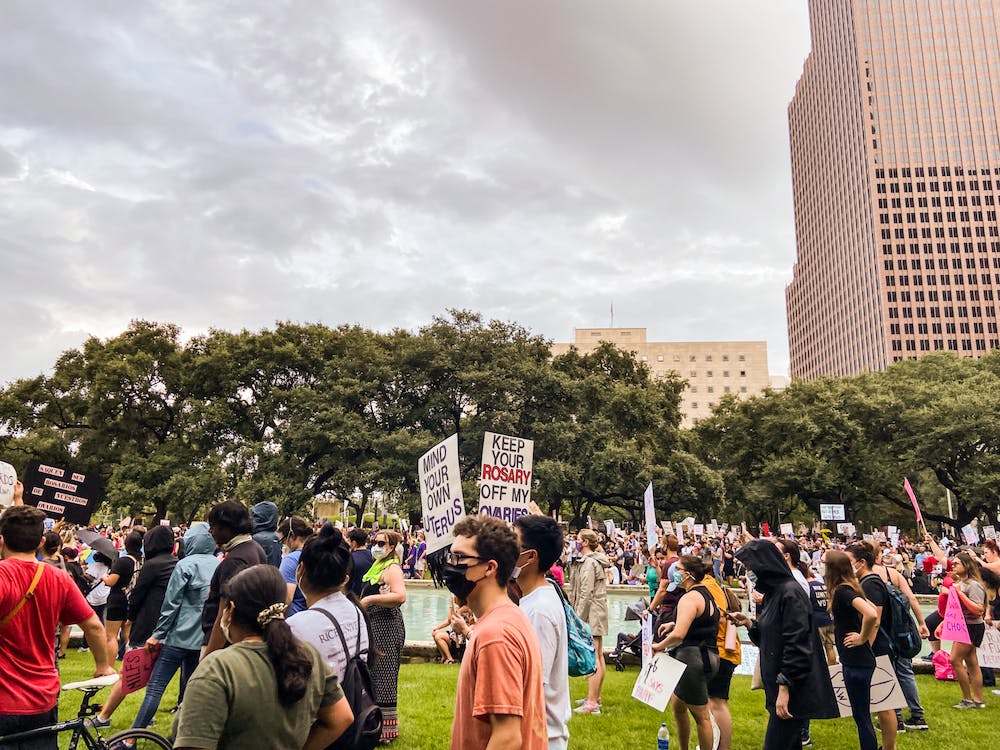 Several students, faculty and staff traveled from Rice to join the Oct. 2 Houston Women’s March. The Houston march was organized by Houston Women March On, in response to Senate Bill 8, or “the Heartbeat Act,” becoming law on Sept. 1.

The bill allows for private citizens to sue abortion providers and anyone who aids a woman in receiving an abortion after a fetal heartbeat is detected, which is typically around six weeks into a pregnancy. On Oct. 2, thousands of protesters marched across Texas in response to the bill.

Duncan College Magister Eden King said she sent an email to a few Listservs inviting Rice community members to join her and her daughter, and other people shared the message to further Listservs. King said she saw about 30 to 40 faculty, staff, students and family members at the march.

King said attending with both her mother and older daughter made the recent threats in Texas and the U.S. especially salient.

“It was important for me to be there as a person who is committed to equal rights, as a professor studying and teaching about gender, and as a mom who wants my daughters to have autonomy over their bodies,” King, the Lynette S. Autrey professor of psychology, said.

Allison Stocks, who recently founded Rice’s chapter of Planned Parenthood Generation Action, said she put together a campaign online to promote the march and also coordinated a group to gather to walk from Rice. Several groups of people from Rice attended the march, Stocks said.

The Planned Parenthood Generation Action organization is focused on promoting health, safety and advocacy on campus, which includes spreading awareness and prioritizing initiatives on the abortion ban, according to Stocks.

Evan Jasica, a Duncan College sophomore who attended the march, said he went because he felt disgusted and angry at the Heartbeat Act, and said he wanted to do something about the situation.

“Going to the march felt good,” Jasica said. “It was great to be part of the energy and passion of the group, and it was uplifting to see so many people come out.”

Caleb Dukes, a Lovett College senior who attended, said it was powerful hearing the experiences of people who had abortions or lost someone to unsafe or illegal abortions.

Brown College freshman Emily London said she attended the march because she believes the biggest impacts of Senate Bill 8 can be felt here in Houston.

“I can’t even begin to imagine how difficult it is to make the choice to have an abortion, but at least before SB 8 it was an option, because not everyone who gets pregnant is in the right place to raise a child,” London said. “Now, it’s like Governor [Greg] Abbott is making that deeply personal decision for millions of women instead. That terrifies me.”

Jasica said he believes it is sometimes easy for students to focus on personal pursuits and forget about the world beyond Rice.

“To me, the passing [of] the Heartbeat Act was a threat to the health, safety, and rights of women across Texas, so while it would have been easy enough to sleep in on Saturday morning after a long night, it wouldn’t have been right,” Jasica said.

Members of the Rice community have responded to SB 8 in a multitude of ways, including hosting a webinar on Sept. 21 discussing the new law and its impacts on women’s abortion access today.