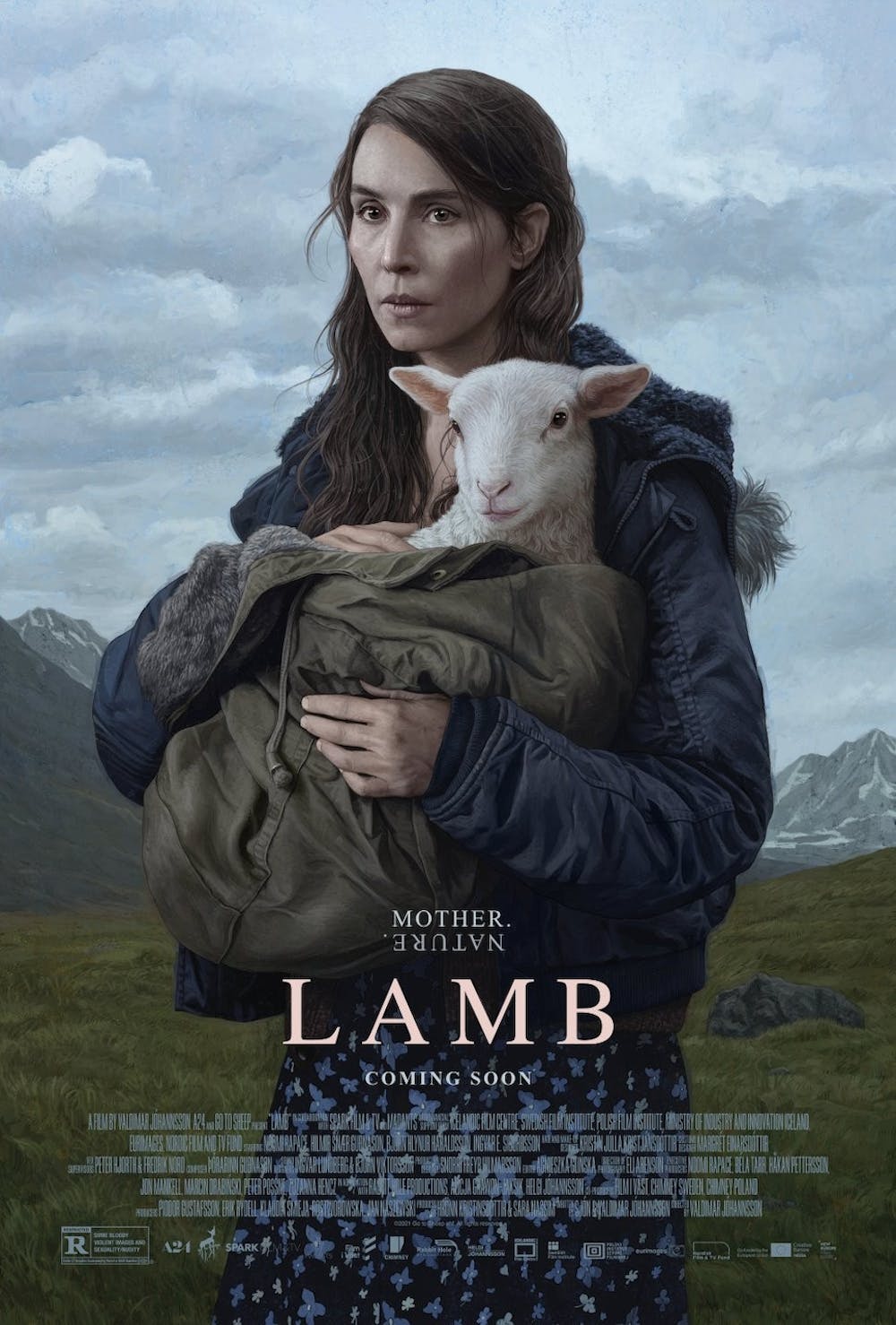 Ingvar and Maria are stressed — they are running through the farm looking for their precious Ada. After a few frantic minutes they find her and proceed to wrap her in a blanket — the harsh Icelandic weather isn't good for her. The film pans out as they pick her up and that was the last moment I took “The Lamb” seriously. Suddenly staring back at us is the behind of an infant with the head of a lamb. “The Lamb” was one of the worst films I have ever seen and was a disappointing debut for Norwegian director Valdimar Jóhannsson. It deserves a generous one star.

The film centers around a couple — Ingvar and Maria — who live on a quaint Icelandic potato farm, with some sheep too. They end up homing a little baby lamb, which grows to become a half-toddler half-lamb creature, which they look after as if it were their own child. This creature is not scary, but it's also not particularly cute. It just looks weird in the same way that the Grinch looked weird in the 2018 live-action remake.

The film was excruciatingly boring. In the first 30 minutes, there was perhaps only five minutes of dialogue, and while “cottagecore” was a trend on TikTok, an hour and 45 minutes of farm life failed to keep me engaged, particularly because of the lack of music, dialogue and the frequent use of still shots. This lack of dialogue also meant that we were not able to witness any character development, which compounded the tedium of the film.

Billed as a supernatural-horror film, I was never scared, nor thrilled nor sad. I was simply shocked at the absurdity of what I was witnessing. The entire experience was elevated even more when I realised how seriously the filmmakers took themselves. This campiness was one of the few redeeming aspects of the film but was only because of how truly awful it was. Even the film’s dramatic twist was overshadowed by the absurdity of the half-ram half-man character that we only see once and my limited sympathy for the half-lamb half-toddler. I was left craving an old-fashioned jump-scare or two, and while we did get to see the gruesome birth of three lambs, I felt like I was watching a knockoff National Geographic documentary rather than a horror film.

I was also left struggling to understand the message “The Lamb” meant to convey. Its high quality cinematography and abstract presentation gave the film a pretentious and condescending tone, as if only the smartest audience members were supposed to understand it. This was despite the lack of coherent metaphor present, and, while other critics have attempted to analogize this film to family life, that interpretation is derived more from a desire to make sense out of this madness than it existing intentionally within the film.

“What the fuck is going on,” asks Pétur, gesturing towards the half-sheep, half-infant creature — “Happiness,” replies Ingvar, and that's where I disagree. This film was not happiness — it was a disappointment.