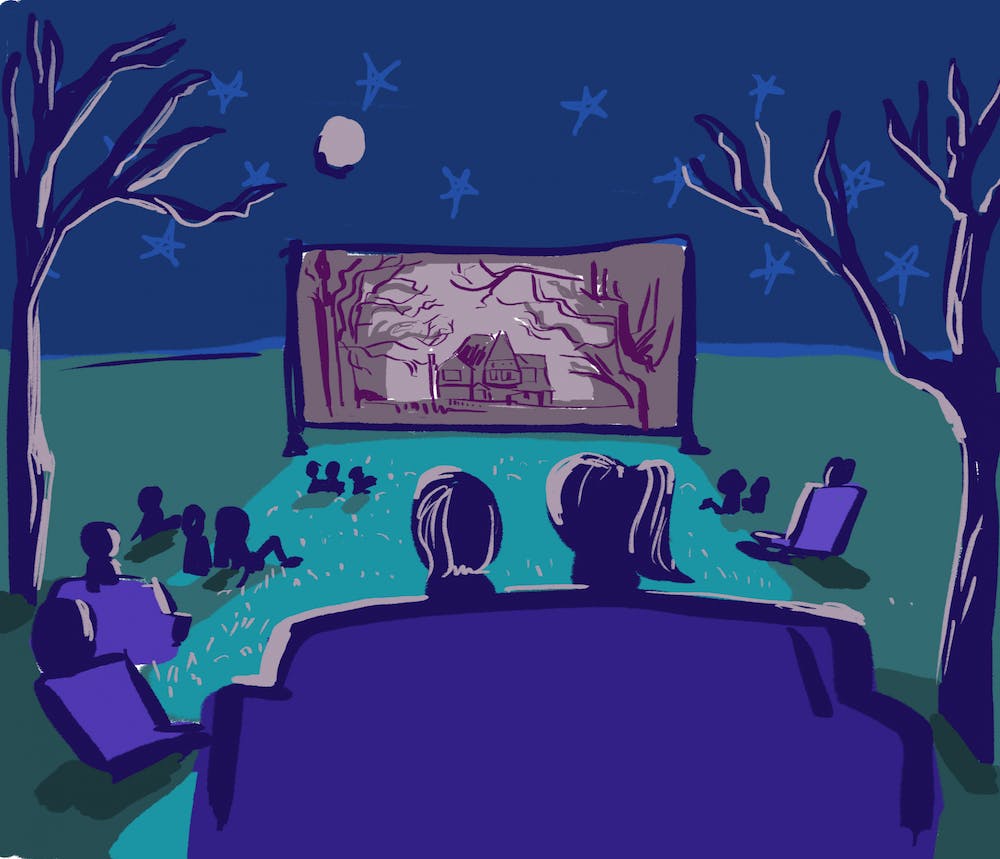 As the humid Houston air drops cooler and Rice Coffeehouse begins to sell more hot drinks than iced, everyone knows what that means — it’s almost Halloween. Debatably one of the best holidays, Halloween isn’t just about the day everyone gets to dress as sexy versions of their favorite characters but also the entire month leading up to it. While taking a break from drowning in midterms, this season is a great time to cuddle up with your partner, friends, or even just yourself to watch some scary movies that distract from the real horror of your grades after that recent exam.

Even though I wouldn’t call myself a horror movie connoisseur, here are my recommendations for what movies you should be watching this October in Halloween anticipation — for everyone from horror movie newbies to those who consider themselves experts.

Okay, so this one might not be a horror movie, but not everyone rocks with horror movies and that’s nothing to be ashamed of. If you categorize yourself as “faint of heart” or feel like slasher movies aren’t really your thing, the Halloweentown movie franchise is easily one of the best alternatives this fall season.

This four-film series (weekend marathon, anyone?) follows sibling duo Marnie and Dylan Piper who discover they have magical powers and team up with their witchy grandmother to stop evil forces from taking over the world. It might be a kid’s movie, but it’s also a Halloween classic worth the watch.

All four “Halloweentown” movies are available to stream on Disney+

If you’ve been wondering who in the world Florence Pugh is and why people won’t seem to quit talking about her, “Midsommar” is your perfect introduction to this up-and-coming actress. This movie tells the story of Dani (portrayed fantastically by Flo Pugh) who travels with her boyfriend and his friends to a rural Swedish town for its midsummer festival. What first seems like an idyllic retreat quickly devolves into a tale of gruesome rituals the group is roped into at the hands of a pagan cult.

It’s unsettling and just plain creepy, and the contrast of the bright, floral, drug-trippy imagery with terribly graphic death scenes around every corner makes for a viewing experience I wouldn’t say is entirely pleasurable but is definitely worth watching. You’ll also get to witness that signature frown of Pugh’s that’s recently been trending on TikTok and bonus points if you stand in the bathroom mirror after watching the movie trying to recreate it yourself.

You can watch “Midsommar” with a subscription to Amazon Prime Video.

Looking for something more in the realm of the horror-comedy genre? Give “Jennifer’s Body” a try. This movie stars Megan Fox as Jennifer Check, a hot highschool cheerleader (and literal maneater) that’s been turned into a flesh eating succubus by virgin sacrifice gone wrong. Her nerdy best friend Anita “Needy” Lesnicki (Amanda Seyfried) is left to figure out how to save Jennifer and the male student body.

It’s a good movie if you’re looking to dip your toes into some horror, and you could probably write an essay about the film’s feminist elements if you really wanted to.

“Jennifer’s Body” is available to rent on YouTube, Amazon Prime Video and Vudu.

“Color Out of Space”

Based on a short story by H.P. Lovecraft, this 2019 horror sci-fi film starring Nicholas Cage follows a family who suddenly find themselves in the midst of a battle with the extraterrestrial after a meteorite lands on their picturesque, secluded farm. As they’re slowly losing their sanity due to infection from “the Color,” the family struggles to free themselves from a vibrant, technicolor nightmare.

No horror movie marathon this month is complete without at least one extraterrestrial film, so you should give “Color Out of Space” a try and stream it on Amazon Prime Video.

Back in 2015 when “Crimson Peak” was released, horror author Stephen King tweeted that it was “gorgeous and just fucking terrifying,” so this gothic romance/horror/mystery movie is a must watch this October.

This ghostly haunted house movie is set in 1887 and tells the story of Edith Cushing (Mia Wasikowska), an aspiring author who marries charming baronet Sir Thomas Sharpe (Tom Hiddleston) and moves into his gothic mansion where he lives with his sister. Haunted by disturbing nightmares and able to communicate with the dead, Edith tries to unravel the dark secrets of her new home - Crimson Peak.

“Crimson Peak” has just the right amount of mystery and horror and is available to stream on Netflix.

Hailed by Rotten Tomatoes as the best horror movie of all time and widely considered one of the first slasher films, “Psycho” is a movie that anyone with a love of horror needs to see.

Originally received as controversial with mixed reviews from critics, “Psycho” quickly became considered one of director Alfred Hitchcock’s best movies and most famous films. The movie itself follows secretary Marion Crane (Janet Leigh) on the run after stealing $40,000 from her employer. After getting caught in a heavy storm, Marion ends up staying the night at the Bates Motel where she meets the proprietor with mommy issues and an interesting hobby. This iconic horror movie is a classic and a must-watch for anyone who loves scary movies or is just starting out.

You can stream “Psycho” this October on Hulu.

My last recommendation is one I haven’t seen myself but one that my aspiring horror movie junkie brother recommended to me. “The Evil Dead” (1981) is the first in four movie series from director Sam Raimi . This gory, low-budget flick went on to be a revolutionary box office success and horror cult classic that launched Raimi’s career.

Described by IndieWire as “the ultimate cabin-in-the-woods terror,” “The Evil Dead” follows a group of five friends who hike to the woods for a weekend away but find an old book in their possession that awakens the dead when read out loud. After inadvertently releasing a mysterious evil force, protagonist Ash Williams (Bruce Campbell) has to fight for his life as he watches his friends become demonically possessed. It’s got gore, it’s got action, and it’s a movie you need to see if you consider yourself a fan of the horror genre.

“The Evil Dead” is available to stream on both Hulu and HBO Max.