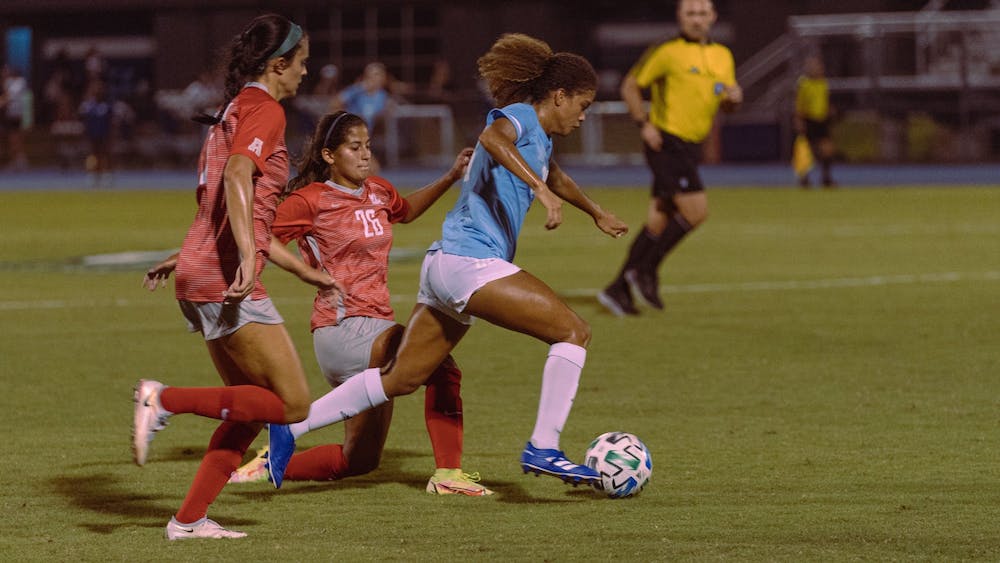 Rice soccer split their two games last week, getting the best of crosstown rival University of Houston 1-0 on Thursday before dropping their first match of the year to Southern Methodist University by the same score.

The Owls jumped on top of the Cougars quickly on Thursday, in a battle of what were, at the time, two undefeated teams. Rice applied pressure from the offset, with four shots in the first 20 minutes, including a free kick from junior goalkeeper Bella Killgore that rocketed off of the crossbar in the 18th minute.

It took until the 32nd minute for the first and only goal of the match, with junior midfielder Delaney Schultz connecting on a header that found the back of the net on a throw-in from senior defender Caleigh Page. The Owls finished the half with nine shot attempts, but according to head coach Brian Lee, the box score doesn’t tell the full story of their performance in the first half.

“I thought it was a tale of two halves,” Lee said. “In the first half, our attack was really fluid. We might have been playing even better than the number of chances we were creating.”

“I thought the game turned in the second half, Houston had the better of it,” Lee said. “But we defended the same way for the full 90 [minutes]. Even if we weren’t attacking in the second half … We were still creating chances on the break, we just didn’t have as much with the ball.”

Rice’s contest with SMU on Sunday started much slower than their previous match. The Owls and Mustangs traded shots to no avail in the first half, with the score knotted at 0-0 during the intermission.

“I thought we played great [in the first half, we might have been a little soft on our 50-50s,” Lee said. “Then, something we really have never seen, putting us down to 10 players.”

In the 52nd minute, freshman forward Vyviene Spaulding attempted a mistimed tackle on an SMU player from behind, earning herself a second yellow card and leading to her removal from the game. She became the first Owl since 2012 to be ejected from a game due to a red card.

Despite playing the last 38 minutes with only 10 players, the Owls kept the game close. In fact, the only goal of the match came on a penalty. In the 78th minute an errant tackle in the box resulted in a Mustang penalty kick. SMU snuck the shot inside the left post and past Killgore, finding the back of the net for the only goal of the evening.

“I thought we responded great,” Lee said of the Owl’s performance after the ejection. “We had plenty of chances to score … To create that many chances with 10 players and play that well, it’s a really positive sign moving forward.”

The Owls will be in west Texas tomorrow for their first conference match of the season against the University of Texas, El Paso. From there, they will fly to Philadelphia to take on the University of Pennsylvania on Sunday.