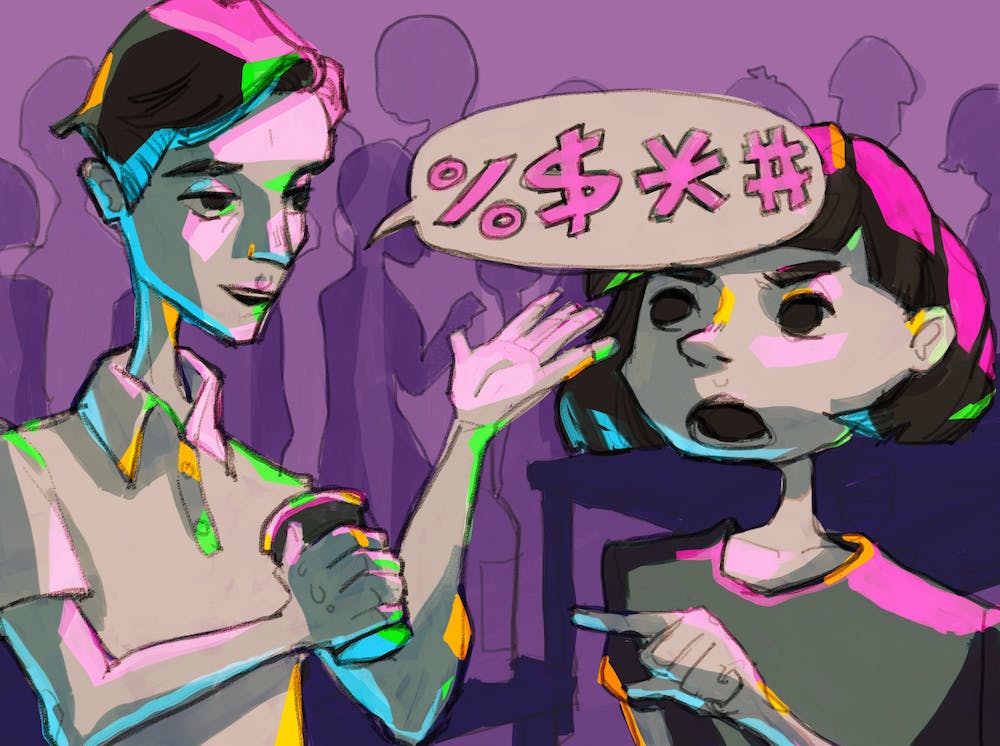 “[Those students], as I understand, are non-black and are actually white,” Azeem, a Wiess junior, said. “They’ve been using the N-word casually in terms of not necessarily using it towards people directly in an inflammatory way, but they’re still using it amongst each other. Regardless of their intention, it is still egregious because they are contributing to a hostile environment.”

Azeem said that the Wiess diversity facilitators plan on holding a workshop in a few weeks to address the situation and educate people on the different forms of hate speech.

Rice held a diversity dialogue on Friday Sept. 10 to discuss whether or not the university has the right to monitor students’ speech, specifically regarding hate speech.

Associate Dean of Undergraduates Catherine Clack said that legislating language is very difficult due to the need to encourage free speech on campus. Clack said that during the diversity dialogue on Friday, students were debating how the administration would determine rules about what is acceptable and unacceptable.

“We do need to encourage free speech,” Clack said. “But we also need to make sure that students understand that there are consequences to some things you say. I think that is where students get confused because they want very specific [rules].”

Azeem said she thinks most people at Wiess are on board with including a hate speech clause in the constitution.

“I don’t know the details about the legality of what we can do as I’ve heard other colleges might’ve had trouble with that,” Azeem said. “But when it comes to racial slurs, I don’t think it’s a gray area; it’s pretty black and white. It’s hurting students and it is also a slur with a horrible history rooted in white supremacy and a lot of [other] problems that we see in America.”

Kukunoor, a senior, said the clause will have writing representation from the Wiess Cabinet, Court and A-Team.

Rice defines hate speech as any act of harassment that incites imminent criminal activity or consists of specific threats of violence targeted against a person because of that person’s membership to a protected class, as cited in Policy 830 on Discrimination and Harassment. The policy also states that hate speech does not cover speech ordinarily considered constitutionally protected speech or expression in the educational or public sphere.

Soha Rizvi, the diversity facilitator coordinator, said that she thinks the administration is inherently not going to be supportive of a universal ban on hate speech written in constitutions on the college level.

“Because they are the actual institution and they could get in trouble for stepping on people’s freedom [of speech],” Rizvi said. “At that point it becomes like a university thing, even if it’s just the students. Whereas I think keeping it within the residential colleges is more of a collective agreement and less of an official document that we have to get into the weeds of legality for.”

According to Dean of Undergraduates Bridget Gorman, any definition of hate speech found in college constitutions would need to be consistent with Policy 830, and violations of that policy are addressed through the disciplinary process described in the Code of Student Conduct.

Gorman said that restorative and educational approaches within each community are encouraged.

“This could include ongoing and broad conversations within each college about civility and respect, small group discussions facilitated by multicultural affairs staff — these activities help promote growth and development and facilitate environments that are positive and welcoming for all,” Gorman wrote in an email to the Thresher.

Rizvi said that workshops or town halls are good ways to address situations publicly but are not actual solutions.

“It’s just a sort of band-aid fixing it, a space for everyone to react to it together,” Rizvi, a Hanszen College senior, said. “Our primary concern is the wellbeing of students and students of marginalized identities to not have to worry about experiencing hate speech or violent speech or anything that threatens their friends, their safety or their right to not feel judged for their identity.”

Rizvi said that some of the typical consequences individuals would face with hate speech are mandatory diversity dialogues with diversity facilitators, removal from student government or college government positions and ineligibility to be an Orientation Week advisor.

“We want people to learn and grow from their mistakes,” Rizvi said. “We want them to have the opportunity to learn without feeling like they ruin everything if they misstep. But there are consequences to your actions.”

According to Rizvi, students have many resources on campus to educate themselves as diversity facilitators and many clubs regularly host educational events.

“[It’s hard because] you have to be met halfway,” Rizvi said. “It’s very difficult to get people who aren’t affected by certain issues to show up to the events to talk about those issues.”

In response to the incident that occured at Wiess, Clack said that she would have handled the situation differently than the college will. She said that the college’s approach is likely to be much more understanding, encouraging and educational compared to her approach.

“I find it hard to believe in this day and age, unless you’re not from the United States ... that you don’t know that the N-word has very severe restrictions to it and has very ugly connotations,” Clack said. “Anyone who says ‘I did not know I couldn’t use it’, or ‘I used it with my friends back home so I thought’, I’m like, ‘No, you still knew better’. You can’t live in this country and not know that.”

Clack said that she believes the best approach is having a conversation with the student to ensure they understand the consequences of their actions. She said that the direction of this conversation depends on what the student’s intentions were and their prior knowledge about the social issue at hand.

Clack said that one of her goals for the upcoming year is to create a restorative justice plan to use in situations where students are deviant in regards to social issues. She said this plan would be rooted in research pertaining to the specific issues at hand, but does not yet fully understand what the plan will entail.

“I’d like to be able to put some teeth into some of these incidents, so that when students say this happened ... they had a conversation with [Student Judicial Programs] and got a slap on the wrist, I can say they also had to do X, Y, and Z in order to meet our restorative justice game plan. And right now, I don’t have anything that allows us to do that.”

[9/15/2021 at 12:09 a.m.] This story was updated to remove a quote from Azeem stating the Wiess workshop would only include sophomores.