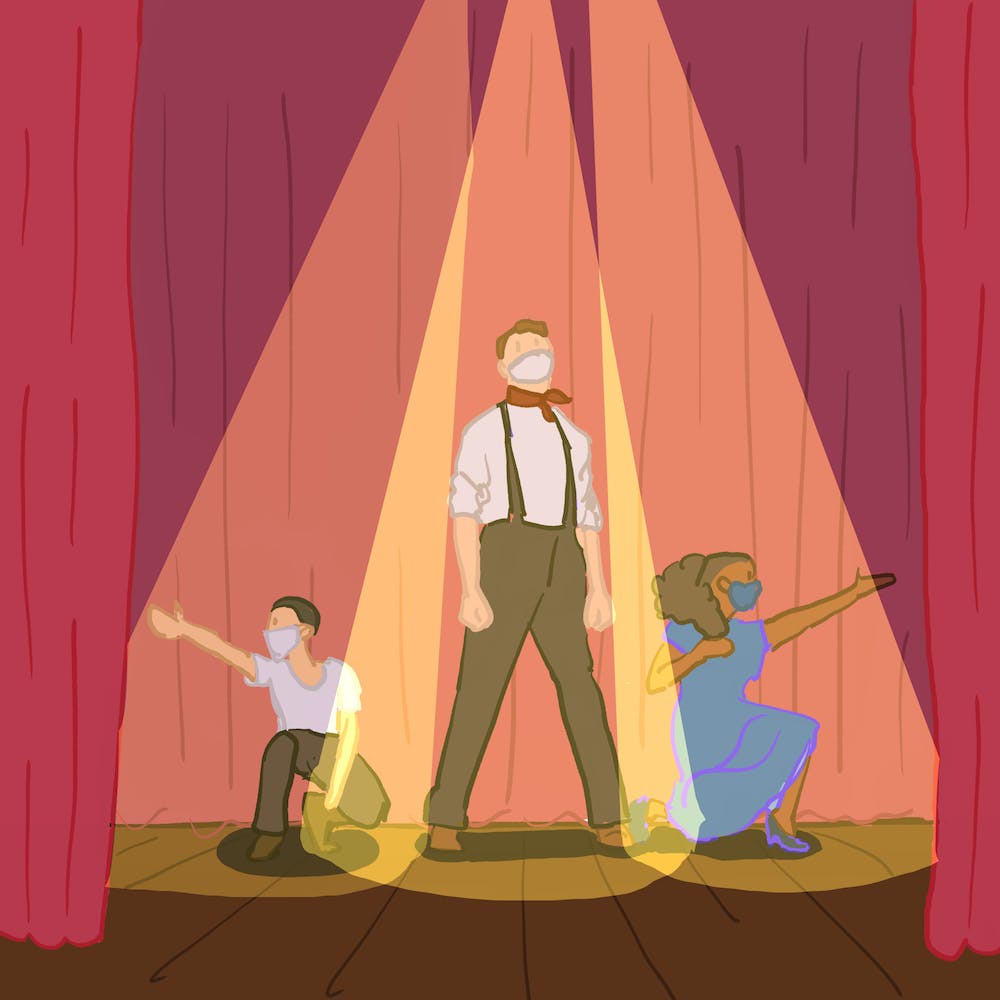 “I’ve done my best to stay involved with theater throughout COVID,” Thompson said. “It’s really been very, very fun to see how people have adapted to remote theatre, [which] gradually increased in production and scale as COVID wore on and people realized that this wasn’t a temporary thing.”

As restrictions are lifted though, Rice theatre is starting to make a gradual return to their regular activities.

The Rice Players, Rice’s oldest student-run theatre group, organized “Play in a Day,” where teams of students were allotted 24 hours to write, rehearse and perform a play. Hosted every semester, “Play in a Day” took place in person for the first time since spring 2020 and garnered an audience of almost 200 people, according to Rice Players Coordinator Bria Weisz.

In addition to coordinating with Crisis Management to ensure safety and contact tracing during the event, Weisz said that there were some aspects of in-person theatre that the Rice Players had to get readjusted to.

“It’s a wonderful, chaotic experience since we are performing … five plays that hadn’t existed before [this year],” Weisz, a Brown College junior, said. “Since we hadn’t [hosted the event] in person in a year, there were a lot of logistics that we needed to think about now, such as having tech [for] lighting and sound design, just making sure that everyone was in the right places at the right time [and] having to schedule meals and snacks.”

Matthew Alter, a Wiess College sophomore who acted in “Play in a Day’’ and will be participating in upcoming productions by both Rice’s Visual and Dramatic Arts department and Wiess Tabletop, said that his experience reminded him of how theatre was before the pandemic.

“[Play in a Day] was probably the first theatre production at Rice this school year, so we really got to see the change in theatre from last semester to this semester,” Alter, said. “That manifested itself in a little bit less social distancing, [while] still wearing masks and still being safe, but the audience was more present …  It just felt more like a show.”

Rice’s theatre program, directed by Christina Keefe, has also been preparing for a production of “On the Verge; or, the Geography of Learning” performing Oct. 8-10 in Hamman Hall.

Without the six-foot social distancing required in last years’ productions and the return to in-person classes, Keefe said that the program was able to regain some of the normalcy lost over the past year.

“The good news is … we never stopped teaching in the classroom. I, and a number of my colleagues in the visual arts department, requested [in-person instruction] from the Provost, because we’re teaching classes that are [hands on and] need to be taught in person,” Keefe said. “We were all in person, which was really a godsend, because I think if we didn’t have that momentum, it would be really hard then to pick up in the middle and try to create that feeling of family, community and ensemble, which is what you really need [in theatre].”

Thompson, currently the stage manager for “On the Verge,” said that they think the adjustment back to in-person theatre has been a challenge as well.

“Last semester, I was involved in the Rice Players’ production of the Laramie Project ... and that was the first show that I was heavily involved in in person,” Thomspon said. “Even more so with this semester … having to physically be present in the theatre has been something that I’m honestly still adjusting to. It’s been tiring, to be honest, but it has been very nice.”

Outside of preparing for performances, Thompson said that they think Rice theatre was still able to maintain a stable community.

“While we all enjoy doing theater, that’s not necessarily the only thing that we can bond over,” Thompson said. ”A lot of times it’s just a boba run, or running into another theatre kid and then just slowly assembling a mass while you’re [at] Chaus or something.”

This November, Rice Players will produce “Five Women Wearing the Same Dress,” and the Rice Players and VADA department will co-produce a musical in the spring semester. With these upcoming performances, Alter said he feels optimistic about Rice theatre.