Review: ‘The Melodic Blue’ embraces a wide range of styles for a strong debut 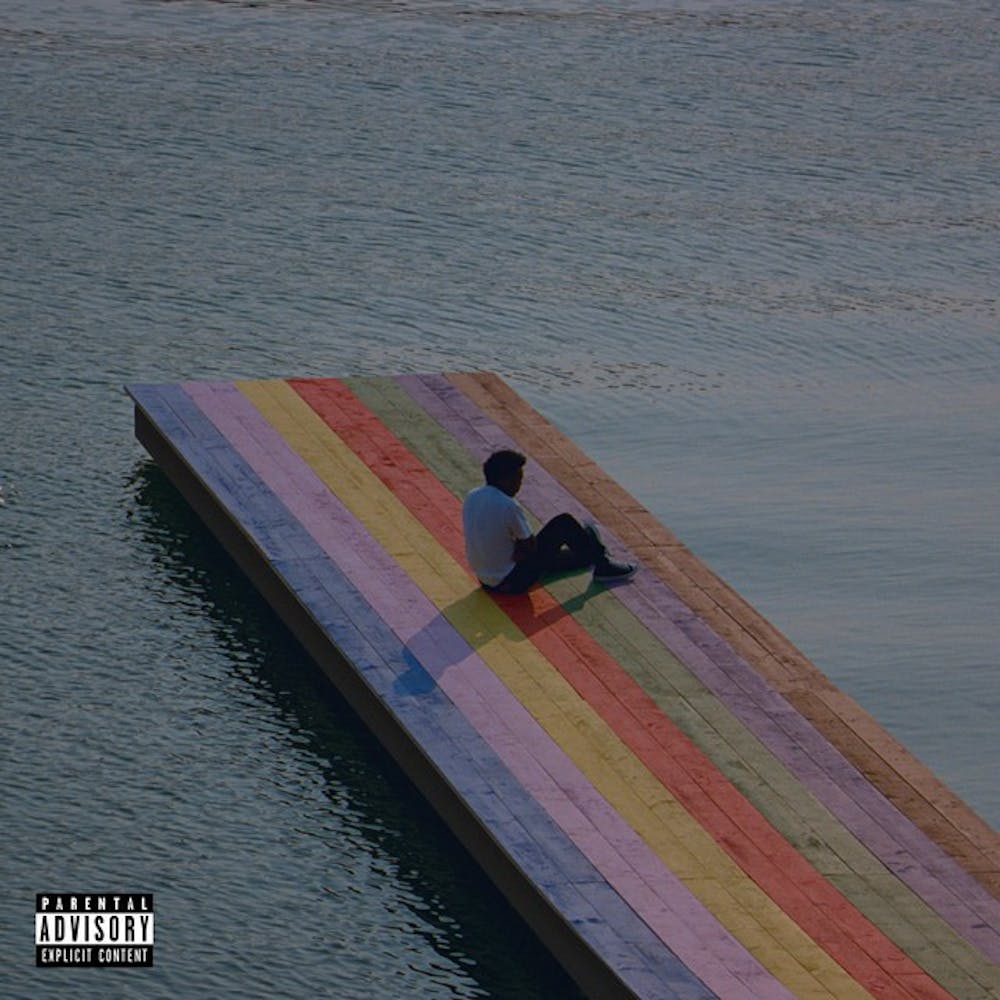 Baby Keem crafts a well-produced and enjoyable debut album with “The Melodic Blue,” incorporating a wide range of styles and emotions throughout the album to keep listeners engaged.

The lead single from the album, “family ties,” was the first collaboration between Baby Keem and his cousin, Kendrick Lamar, a relationship accentuated on the single’s cover, which featured a family photo with Keem and Kendrick in the style of the art for “Good Kid, M.A.A.D. City.” A rare appearance for Lamar, the song moved a lot of attention towards Keem. A multi-part track, “family ties” showcases both Keem and Kendrick’s rapping abilities over multiple different beats. The song begins with blaring horns that continue an energetic chorus throughout Keem’s verse. I did not initially like Keem’s verse on this song, but after a few listens it really grew on me. Keem reflects on getting to where he is now while asserting his dominance over other rappers. The second half of the song sees Kendrick rap over a swirling electronic beat, reminding other rappers that he’s still at the top of the game, “smokin’ on top fives,” unassailable by anyone else. Lamar’s appearance adds an interesting and different half to the song, in addition to Keem’s opening.

The album itself opens with “trademark usa,” a track that starts with a looping style of production that would feel in place on a project from The Alchemist. Keem talks introspectively over that beat before it changes into a more energetic verse reminiscent of Playboi Carti’s delivery style. Like “family ties,” “trademark usa” has a number of different sections and feelings mixed into one song to create an interesting and multi-faceted album opener. The song “scapegoats” has a similar style to the beginning of “trademark usa,” working with a beautiful serpentwithfeet sample to give a quick verse from Keem about his come up. This transitions into a melodic closing featuring the album title from a female narrator.

Keem’s love of multi-part songs that fuse diverse elements into a whole is one of the things that keeps the album engaging, but it is not always successful.  A second collaboration with Kendrick Lamar, “range brothers,” starts out strong through Keem and Kendrick’s first verses. Kendrick’s verse even features smooth transitions between his and Baby Keem’s lines, which creates an interesting effect throughout. However, this transitions to a third section where Kendrick repeats “top o’f the mornin’” seven times, and Keem adopts an awkward flow with odd ad-libs from Kendrick. This choice of ending really hurts an otherwise enjoyable track.

A highlight of the album is the open and personal “issues,” a track that addresses the problems faced by Baby Keem over a propelling instrumental. The song deals primarily with a family member of Keem’s and his desire for a reunion with them. It seems throughout the song that Keem was hurt before as he asks his family member, “How could I resent you?,” but reasserts that “grandma and I missed you.” The introspection of “issues” is followed by “gorgeous,” a much more shallow track that asserts that Keem’s “bitch is gor-gor-gorgeous.” The track ordering here seems to emphasize the different sides of Baby Keem with almost polar opposites positioned right next to each other.

Riding off his fan-favorite feature on “Praise God” from Kanye West’s “Donda,” Baby Keem has established himself as someone to watch with “The Melodic Blue.” Buoyed by beautiful production and a wide range of stylistic influences, the album is worth the listen.