Review: Noah Kahan returns with cathartic sophomore release ‘I Was / I Am’ 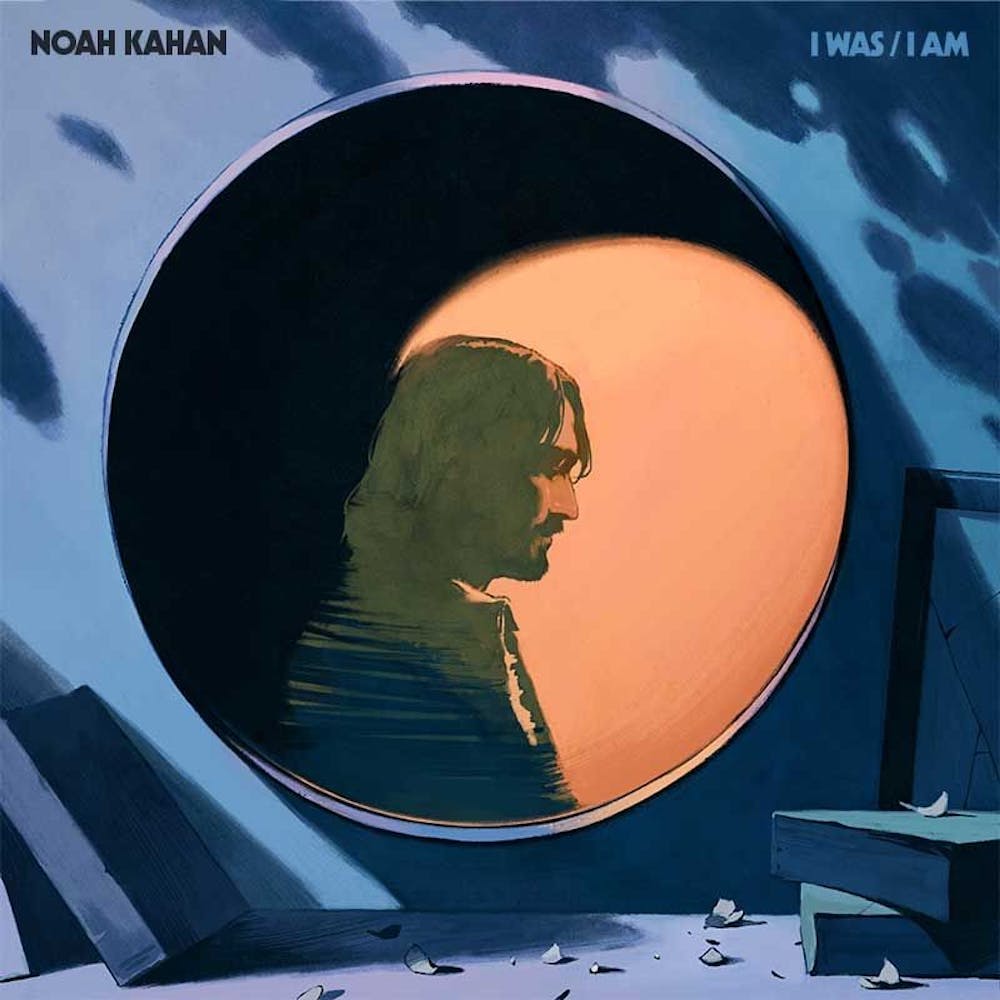 Top Tracks: Bad Luck, Someone Like You (ft. Joy Oladokun)

In just two years, Noah Kahan’s career has skyrocketed: His music has been streamed over a billion times, and in 2019, he toured the world with his personal inspiration James Bay. For the 24-year-old singer-songwriter, who hails from a tiny Vermont town of only 1,000 people, the transition to fame hasn’t been easy. His long-awaited sophomore album, “I Was / I Am,” offers fans a candid confession of how he’s been changed, for better or for worse. With his signature vivid lyricism and buoyant melodies, Kahan delivers stories of heartbreak, addiction, depression and hope in all of his sardonic and self-deprecating glory. Listeners can feel themselves represented in the ache that Kahan has crafted into sound without compromising the authenticity of his lived experience.

The album opens with “Part of Me,” the lead single off the project. In the song, Kahan reminisces on an almost-romance that felt insignificant at the time, but in actuality was a substitute for a larger emotional void. Despite himself, Kahan acknowledges, “I don’t miss you / I miss the way you made me feel,” because “Feeling the ache is better than nothing at all.” In “Animal,” he continues to reckon with the emptiness of his depression with a clever double-entendre in the pre-chorus: “Can’t see the grass getting greener ‘cause / Out here ain’t nothing but blue.” Emptiness is further established as a theme throughout the rest of the album’s tracks, most notably in “Caves”, where Kahan passively waits out the end of his relationship, and “Hollow” (“Hoping that 401k might fill up the hole in my soul”).

Kahan’s pain spills out in “Bad Luck,” a sharp contrast to the numbness he described in previous tracks and a clear standout on the album. Rather than idly watching his life pass him by, he is his own worst enemy. With his own blood on his hands, he bitterly repents, “Could’ve sworn I would die young … I’m a booze-bag, do-bad, burnout, dead drunk / Yeah, I’m bad luck.” To someone from his past, he pleads, “You washed your hands of all my sins / Have I lost you then?” Despite the stirring lyrics, Kahan’s vocals soar through the song as he promises that he’s doing his best. Although it’s evident that the track is a necessary catharsis for the singer, it’s also meant for the listener to find solace in not feeling like the only failure.

Kahan indulges his ego at the expense of his relationships in the album’s second single, “Godlight.” On stage, godlight refers to the spotlight that focuses on the singer, while the band plays in the darkness. He grapples with the fickleness of the public’s attention as he chases fame, realizing too late that he doesn’t recognize himself once the curtains fall. Once again, Kahan admits that he’s responsible for his failing relationships: “To know me is to hate me / Is to hate what I’ve become … I’m not the way I was.” He cuts his losses in “Bury Me” (“I’ll see you at the funeral”).

The singer injects optimism into the last songs on the album as he reconciles his past and current selves, molding his narrative into one that his future self could be proud of. He weaves soft vocals with piano melodies in “Fear of Water,” which recounts the crippling weight of depression (“I’m forgetting how to swim”). In a hopeful spin, the lyrics “I’m not brave” are adjusted as the song plays, until Kahan finally summons the courage to “dive right in / And I can be brave, so I’m gonna / Give it a try.” The album concludes with “Howling,” in which Kahan parallels “Fear of Water” to demonstrate that growth is not linear, “I gained 15 pounds, but lost my focus … Been trying to swim with both my hands behind my back / My dear, I always feared the ocean.” He wrote the song when he was at one of his lowest points during the winter of last year at his dad’s place — his hometown’s zip code even gets a shoutout in the bridge. He would listen to his dog’s howling at the whistling wind, which he echoes in the song with his own cries. Kahan’s killjoy tendencies have resurfaced: “I suffocate things slow / Until I’m just the black fly circling my bullshit.”

Even in its darkness, the final track contains a sliver of hope in that Kahan wrote it to his future self, one free from the shackles of depression and isolation. Partly in resignation, partly in genuine inquiry, he asks what the meaning of everything is. The answer isn’t clear, but perhaps the hope that we hold onto is enough for now.