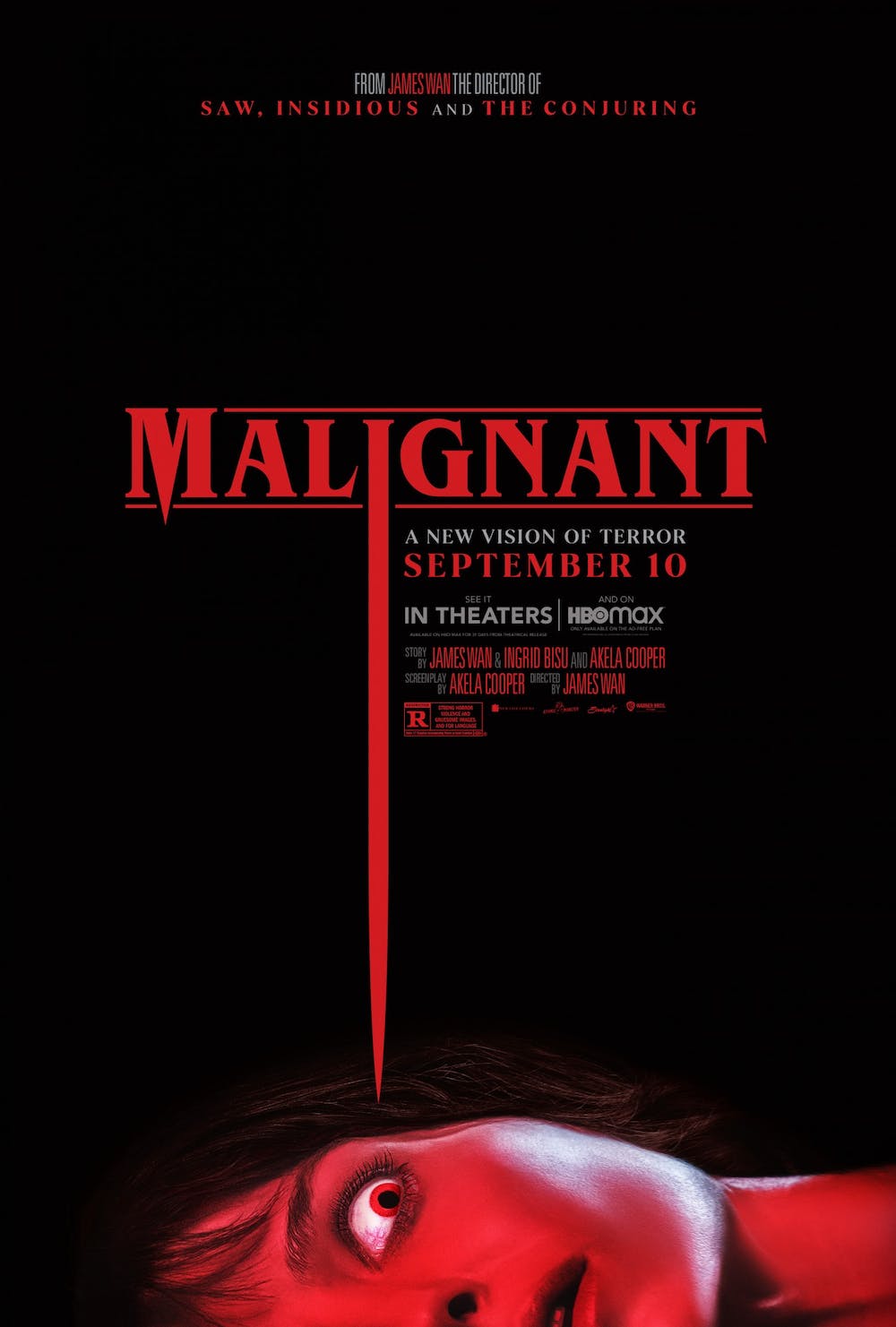 “Malignant” follows a woman, whose name I forgot, as she begins to have vivid dreams where she sees actual murders occurring. It’s a really strong premise that is mired down by the rest of the movie. Instead of taking a more believable route, Wan has his main character go to the police, thinking they’ll believe her, while her sister proclaims that the police regularly hire psychics.

The one name I do remember, “Gabriel,” the film’s antagonist, is a pretty standard stock image of a horror movie villain — wearing a cloak and speaking in a hoarse voice. Wan works in a twist, a secret about the villain’s origin that should have been interesting. Gabriel is not just some otherworldly ghost or demon. Gabriel has deep ties to Madison’s (the main character, I looked up her name) childhood. He is (gasp) her parasitic twin who shares her brain and whose arms and legs had to be surgically removed from her.

This twist is a transparent one as the specifics (being a parasitic twin) are not obvious. However, it’s quite clear in the first ten minutes that Gabriel was once part of Madison, with the repeated mention of “cut[ting] out the cancer” and Madison’s lack of childhood memories.

The concept of a parasitic twin that controls the host’s body with waking dreams is one that should have held sway, but the flashbacks of Gabriel looked closer to the baby in “Eraserhead” or a monster in a cheap 1980s B-horror movie than what we expect from horror movies today. This removed the guise of realism, based on real medical occurrences, by leaning into a standard monster depiction.

Similarly the image of Gabriel breaking through the back of Madison’s head and the head simply healing afterwards breaks the viewer from the movie, which eschews Wan’s love of the supernatural. This effect also creates some backwards fight scenes where Gabriel goes on a killing spree. As his face is on the back of his host’s head, we see Madison walking backwards throughout the scenes. It’s definitely a visually interesting effect but ultimately didn’t land for me after seeing the backwards fighting in “Tenet” last year.

The characters were not memorable and didn’t have the nuance I’d expect from one of Wan’s movies. Many of the events they go through were contrived, such as the sudden realization that allows Madison to take control of Gabriel. It is just thrown into the movie, connecting to an element seen at the beginning of the film, a connection made just in time to save the day.

As I watched this movie with friends, I compiled other opinions from conversations after they were allowed time to let the movie sink in:

Matt Moore, Will Rice College sophomore, described “Malignant” as “a facepalm of a film,” noting that he “SMHed [his] head so many times.”

Zoe Katz, another Will Rice sophomore, is notably easily scared by horror movies and called the film “so not scary even I could watch it.”

I wanted to like “Malignant,” the trailer and poster both looked fantastic. However, the movie fell continually short of my expectations.