Review: ‘CLB’ is a good listen but nothing new 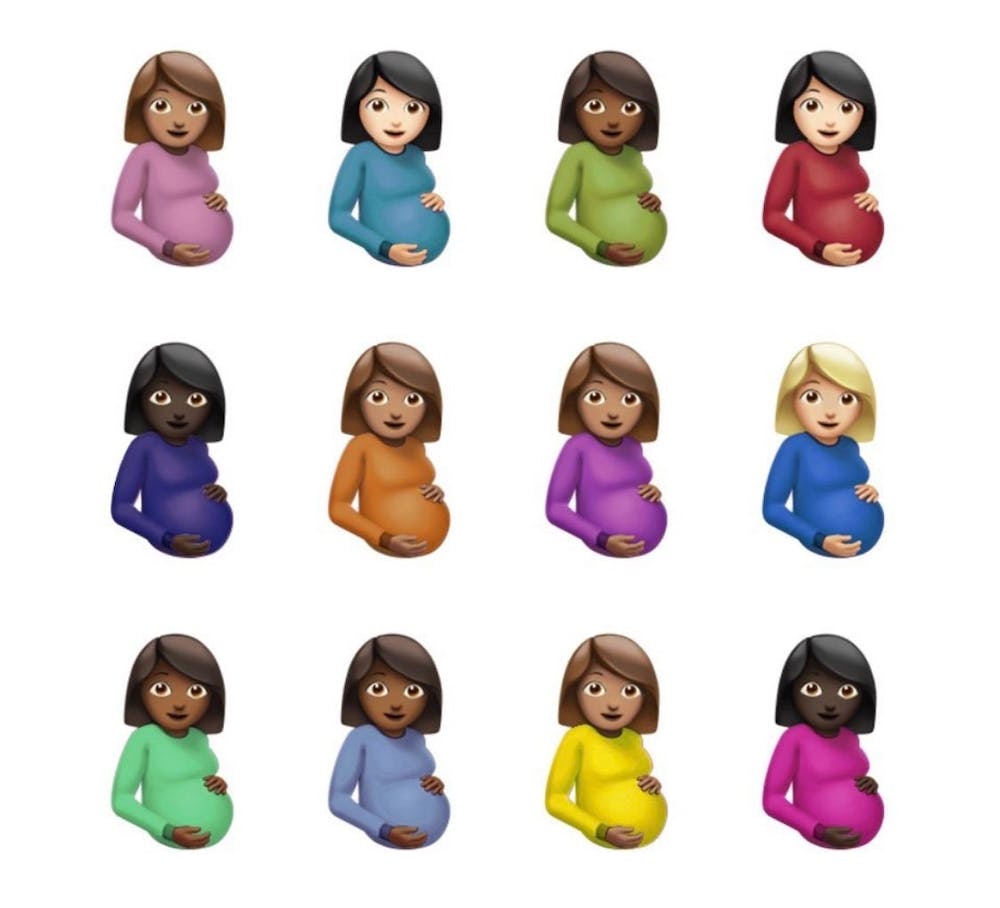 “No Friends In The Industry”

On “Certified Lover Boy,” Drake continues to prove that consistency is key — at least for him. Essentially delivering the same type of music that he has for years, Drake created a highly polished and enjoyable listen, even if he doesn’t really do anything new. “CLB” is drenched in Drake’s perennial themes of heartbreak and braggadocio, along with the strong features and glossy production typical of his work.

Although “CLB” was heavily delayed throughout the past year, Drake continued his release strategy from “Scorpion” by dropping a second “Scary Hours” EP to help satisfy fans as they waited for new music. After the album’s release, the release cycle of “Scorpion” further repeated itself as Drake broke his own streaming record for an album debut, becoming Spotify’s most-streamed album in a single day.

The album cover features twelve pregnant women emoji with different skin tones, hair colors and shirt colors. After Drake posted the cover artwork on his Instagram, fans were surprised to learn that it was, in fact, the official album artwork and not just a promotional image. After albums primarily featuring himself on the cover, Drake’s choice of the emoji cover seems odd and out of place. Along with the title, “Certified Lover Boy,” the cover seems like an immature dedication to promiscuity, a sign of the 34-year-old rapper’s lack of growth.

Drake consistently crafts strong intro tracks, and “Champagne Poetry” on “CLB” is no exception. Using the beat from Masego’s “Navajo,” which samples The Beatles’ “Michelle,” Drake raps about fatherhood, his success, social justice and the pressures of fame. The looping production and pitched-up Beatles sample create an entrancing sound that enhances Drake’s long verses. Recent scrutiny of Drake’s actions — from being called out for displaying his wealth in a music video released during the COVID-19 pandemic to criticism for not using his platform to help when a friend was killed —is explored on the song. Drake also addresses the “charges being laid” and what he sees as “sweetheart deals” from judges in the wake of the Black Lives Matter protests and unrest in response to police brutality and the loss of Black lives in the United States over the last year.

Another highlight of the album is the Travis Scott feature, “Fair Trade,” with the strong chorus “I’ve been losin’ friends and findin’ peace,” a testament to the power of disconnecting from fake friends. The song also samples Toronto singer Charlotte Day Wilson’s 2019 track “Mountains,” further showing Toronto-born Drake’s support for his hometown. Drake and Travis Scott’s first collaboration since “Sicko Mode” does not disappoint. The track “No Friends In The Industry” features similar themes of isolation and keeping a tight circle. The song addresses his beefs with Pusha T and Kanye West, claiming that other rappers are “so offensive knowin’ they don’t have no defense.”

Despite these and other highlights, the album fails to broach new ground and has tracks like “Way 2 Sexy,” which samples Right Said Fred’s “I’m Too Sexy.” While the original track is an ironic send up to self centered bodybuilders and high fashion, Drake seems to, at least in part, mean it. The satire that made the original “I’m Too Sexy” so entertaining is not as apparent in Drake’s “Way 2 Sexy” with Future and Young Thug. It was only on viewing the over-the-top music video that the humor that should take center stage in the song became more apparent. As a stand alone track, “Way 2 Sexy” seems to be an empty expression of ego.

Drake described his album as “a combination of toxic masculinity and acceptance of truth which is inevitably heartbreaking.” The most heartbreaking part seems to be that Drake has not grown over the course of his career. His themes have not evolved as the album maintains the singular self-pity and lovesickness that is almost synonymous with Drake’s discography. Songs like “Papi’s Home” work on pure self-aggrandisement while “Girls Want Girls” has sparked debates from listeners about whether the song fetishizes queer women and features confusing lyrics where Drake claims “Yeah, say that you a lesbian, girl, me too.”

“Certified Lover Boy” is a continuation of the past few years of Drake, seemingly stuck in a creative loop: a good listen but nothing new.