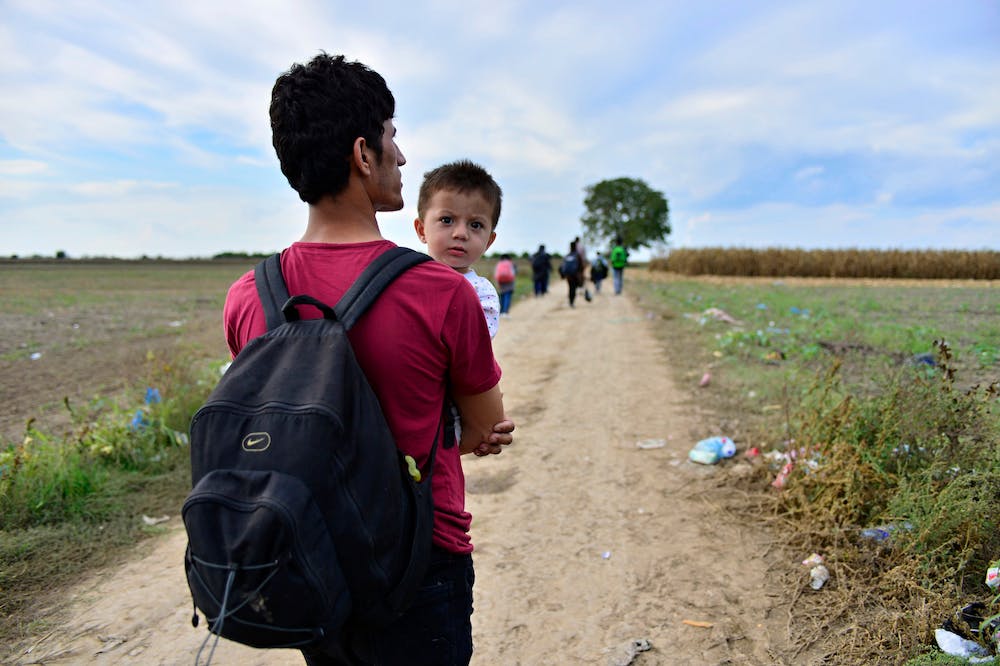 Thousands of Afghan refugees are set to arrive in Houston after fleeing the Taliban’s recent takeover of Afghanistan. Houston, which from 2017 to 2018 resettled more refugees than any other U.S. city besides Atlanta, is already welcoming new Afghan refugees, according to Elena Korbut, the community engagement manager at Interfaith Ministries for Greater Houston.

Interfaith Ministries is one organization in the Houston Refugee Consortium, along with four other resettlement agencies and the Bilingual Education Institute. Student organizations, like the Rice chapter of the Partnership for the Advancement and Immersion of Refugees, work with some of these and other organizations in Houston, according to Rishi Vas, the Rice PAIR president.

PAIR plans to host an expert panel later in the semester to share news and information about the refugee crisis, according to Vas, a senior at McMurtry College.

Lower numbers of refugee resettlements during Donald Trump’s presidency has diminished some of these Houston organizations’ funds, according to Kelsey Norman, a fellow for the Middle East at the Baker Institute.

“This resettlement sector, while strong in Houston, has been really gutted over the past four years, because the Trump administration was resettling so few refugees,” Norman said. “A lot of the organizations that do this work normally lost so much of their funding, because it depends on how many people you’re resettling each year … It’s just not a great time to suddenly be told, ‘Now you’re going to have all these people suddenly coming; manage.’”

Some Afghans are arriving as humanitarian parolees, which means they will not be eligible for all of the formal benefits other Afghan refugees will receive, Norman said. Organizations will have to rely on private donor funding to cover many of these parolees’ needs, according to Norman.

“It’s really critical at this point for the Houston community to step up and help these organizations that are going to be doing that firsthand work to help people get settled here,” Norman said.

Craig Considine, a sociology professor at Rice, said that empathizing with refugees is the first step toward helping them.

“[Rice students] have to find themselves in these crises that people are facing,” Considine said. “I understand that my ancestors went through this before or something similar to this, and it would be disrespectful and dishonorable to them if I turned my back on the people who are going through it now.”

Considine said the next phase is to become more knowledgeable of what’s happening.

“Read the news, be critical of the news, read a lot of news, read scholarly works, meet with professors on campus who have dedicated their lives to exploring such issues,” Considine said.

Considine said Rice students can then participate in the resettlement process.

“Once you’ve done that, I think perhaps you can prepare yourself to enter into society and you can start trying to make a difference, through service, even through employment, through research,” he said. “There’s so many different avenues to chip away at this problem.”

“We’re ready to welcome these individuals,” Korbut said. “Obviously, this cannot happen without the support of institutions like [Rice], because volunteers are absolutely crucial in any nonprofit organization … but in particular in the work that we do.”

Interfaith Ministries is seeking donations, both monetary and through their Amazon wishlist, along with volunteers for office work and for their existing programs, Korbut said.

“We’re still operating our settlement program as is, and we’re still running things like the women’s empowerment group, the youth program and these kinds of programs that typically need volunteers,” she said. “Maybe some of the Rice students have a few hours in the morning or in the afternoon … to help sort through the phone calls that we’re receiving and process donations that we’re receiving in the office.”

Rice has worked with Interfaith Ministries before, according to Korbut, through the Center for Civic Leadership and the Boniuk Institute for Religious Tolerance.

“We actually have a really great relationship with Rice,” Korbut said. “To have somebody that’s close to the age of refugee youth that is on this successful educational and career path truly makes the world of difference for somebody who’s coming and who can really use that push that volunteers can give.”

“We go to our local middle and high schools, and we help them with immersion into American culture, helping them with their English, their homework,” Vas said. “The main thing is giving them a safe space for them to bond with people who look like them, who speak the same language as them.”

According to Norman, Houston’s society and culture have benefitted from decades of resettled refugees.

“We think of Houston and we think of a vibrant, multicultural city,” Norman said. “A lot of that has to do with refugees who came here from various countries ... who really helped create what we know and love about Houston.”