Five stars across the board for ‘star-crossed’ 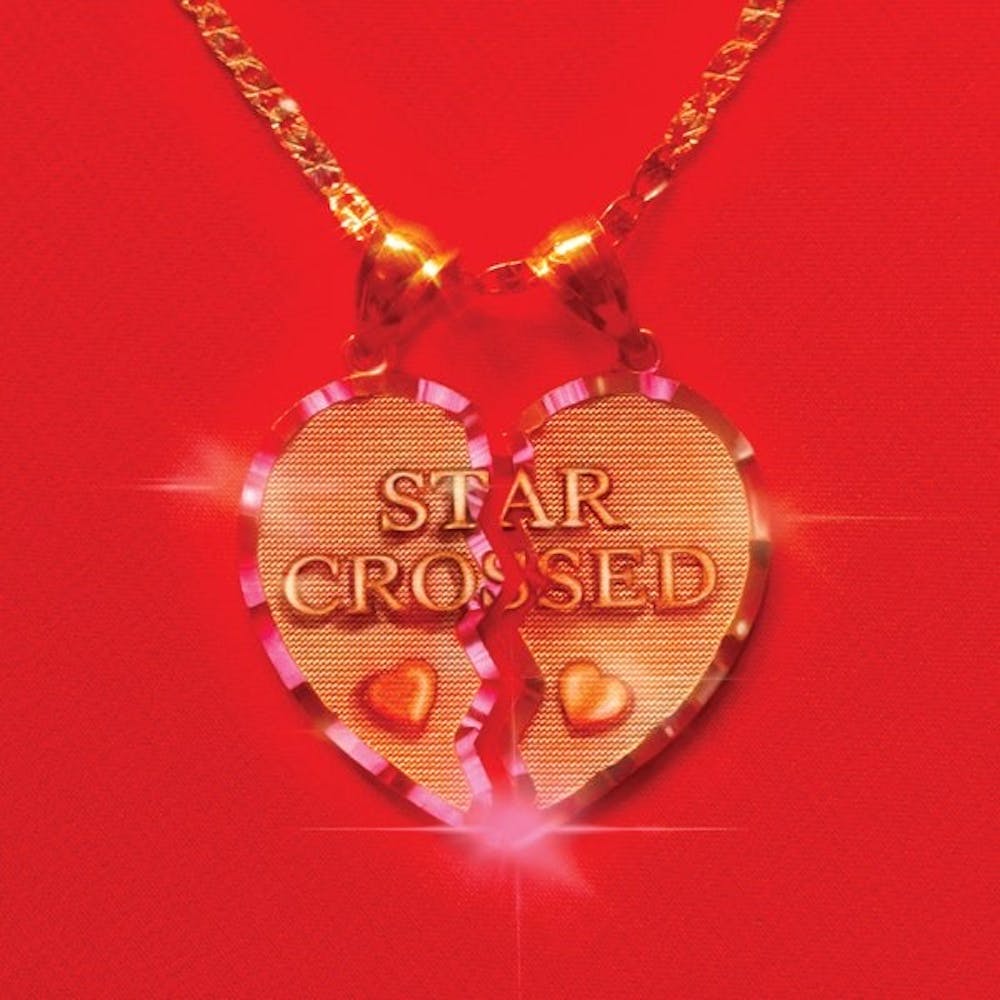 Top track: “what doesn’t kill me”

There’s a discomfort in talking about breakups, divorce in particular, that Kacey Musgraves refuses to shy away from. After her last record, “Golden Hour,” which detailed the singer’s beautiful, dreamy, sunshine-filled marriage, won album of the year at the Grammys in 2019, it was shocking to hear Musgraves announce her divorce from husband Ruston Kelly in 2020. The album, and thus the relationship, had such a cultural impact that it was hard to believe it could break down. At the time, Musgraves spoke very little on the subject. However, with the release of the album and film “star-crossed,” Musgraves is finally letting us in. All the way in.

Musgraves is not the first to try out the visual album format. Recently repopularized by Beyoncé, the concept is to make a music video for most, if not every, song on the album. The genre has been making waves in recent years due to films by the queen herself, such as “Lemonade,” “Homecoming” and “Black Is King.”

The “star-crossed” film, released exclusively on Paramount+, follows the same plot as the album, though in a different order: a modern take on Romeo and Juliet complete with angel wings, elaborate daggers and three acts. However, death has been replaced by divorce in this iteration.

The film opens on the backstage dressing room of a cabaret club, with Musgraves in a wedding gown being primped and prodded by a group of other women. Quickly, we transition to a chapel in the desert, the sign in the window brightly advertising annulments for $1,595. Dancers twirl around the bride as she walks down the dusty road of an aisle and sings the titular track, “star-crossed.”

It’s a vision of a scene and a perfect opening, symbolizing the beginning of her marriage and how the very system that brought it into being was only set up to profit off of its downfall. One cannot help but see it as a commentary on the wedding industry, à la Netflix’s “Marriage Story,” a point that is only further evidenced by the next scene, a nostalgic picture that serves as the centerpiece for the “simple times” music video. In it, Musgraves, along with fellow performer Princess Nokia and Symone of RuPaul’s Drag Race fame, rob and vandalize a discount bridal shop, leaving the customers and employees baffled.

What follows thereafter is a series of lessons the country star learned from her marriage, including a parody of a domestic training class for the song “good wife,” a broken-hearted car crash for “justified” and a doll-like surgery scenario featuring Eugene Levy as the doctor. The film concludes with a return to the chapel from the first song, where Musgraves finds a light and transforms into a new self while singing the classic Spanish tune, “gracias a la vida.” Everything about the film oozes campiness, a joyous fact for Musgraves’ fanbase who famously leans queer for a country artist.

Musgraves is no stranger to defying the constraints and stereotypes of her genre. People have been saying for years that the singer has been leaning more and more into pop with each album. And while this does ring true in some aspects, the sound is still always rooted in country. You can hear that clearly in “star-crossed,” from the references to small town life to the famous twang in Musgraves’ soothing voice. The more pop parts of the album, however, not only cater to a wider audience, but bring about a revolution comparable to Taylor Swift’s “Red.” They do not detract from the record; they only add to its value.

Some songs that air more this direction include the candy-coated single “simple times,” which includes classic ’90s and early 2000s references like pagers, malls and a subtle nod to Lil Mama’s “Lip Gloss,” and “what doesn’t kill me,” a powerful warning not to mess with Musgraves that includes the haunting line, “I’ve been to hell and back. Golden hour faded black.” If that doesn’t tell you where the songstress’s head is at these days, then I don’t know what will.

There are quite a few tracks that lean into this sunset sentiment. The song “camera roll” acts as a “do not enter” sign for the soul-sucking app on our phones, telling you not to scroll or you’ll “just feel bad later,” while also admitting that not even Musgraves herself has the heart to get rid of the photographic evidence, crooning, “I don’t wanna see ‘em, but I can’t delete ‘em.” It’s both tragic and beautiful in its honesty. Then “hookup scene” discusses the sadder side of a topic that is usually filled with excitement and energy, urging the listener to stay away from said hookup scene and instead “hold on tight” to the one you love, “despite the way they make you mad.”

Other standouts include what I think has potential to be the next feminist anthem, “breadwinner,” the magical, much-needed reminder of “keep lookin’ up,” and the flute-filled, victory lap romp, “there is a light.”

At the end of the film and album, you are not left feeling dejected or heart-broken. In fact, it’s just the opposite. Through the journey Musgraves has taken you on, you have learned to be thankful for the love that you had and you have gained a new hope for love in the future. As Musgraves discusses in her Apple Music interview with Zane Lowe, this album helped her discover that “Golden Hour” was not a lie, deception or even a half-truth like many may now assume. It was just a phase in her life. A phase that she can look back on happily and use for inspiration further on down the road of life. Just like in the “justified” video, you might cry along the way. You might laugh. You might even need to roll a joint just to keep going. But “healing doesn’t happen in a straight line” and that is okay.