Board of Trustees releases comment portal after Task Force’s findings 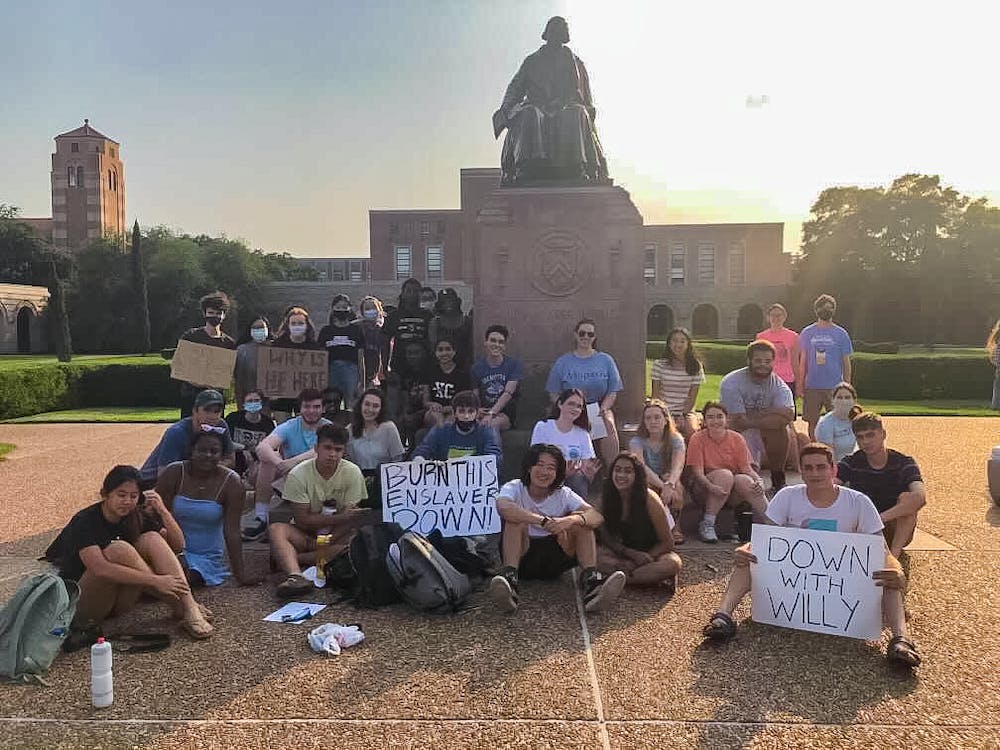 The Chair of the Rice Board of Trustees Rob Ladd sent an email on Aug. 31 announcing a trustee portal, a survey that invites the thoughts and comments from the Rice community.

The first question asks for opinions on what specific actions Rice can take to ensure a diverse and inclusive experience, while the second asks about recommendations regarding the Founder’s Memorial.

President David Leebron said that the results from the Task Force on Slavery, Segregation, and Racial Injustice survey last spring did not have an impact on the Board of Trustees’ work during the summer.

“Those were responses posted by the Task Force in response to a Task Force survey …that was not a process run by the board,” Leebron said. “Part of what we wanted to do in our communication to the campus was to call attention to the fact that the Task Force had posted those responses ... as a potential resource for people to look at.”

Shifa Abdul Rahman, the original organizer of Willy statue sit-ins, said that the governing body of Rice puts forward a Task Force to take input from the broad community, but the Board of Trustees set up their own website to do the same thing.

Leebron said the newest survey portal was on hold until the sample responses from the first survey were posted. The difference between the two surveys is that the first one was proposed by the Task Force while the second one is from the Board of Trustees. Both were addressed to the entire Rice community.

According to Leebron, this new portal is the first time the entire community will have a chance to submit views and suggestions in light of the work done by the Task Force.

In their summer report, the Task Force executive committee unanimously said the Academic Quadrangle needs bold change due to its segregationist founding and decades of racial exclusion.

Leebron said that the portal will be open until Sept. 30, when the board will analyze all the suggestions that have been submitted in order to formulate a plan for a potential change to the quad.

“I do expect some concrete changes will come out,” Leebron said. “That’s ultimately a decision of the Board of Trustees, but I can tell you the board takes very seriously the work of the task force [and] the comments that were submitted to the task force.”

Eli Mendoza, a Duncan college junior, said he feels that the Board of Trustees is extending the process of changing the statue.

“We all knew that any sort of research that’s done was going to be in support [of] removing said statue,” Mendoza said. “I remember last year even the Kinder Institute put out something about how keeping up those kinds of statues [is] harmful and why we should take them down. And of course, no one at Rice acknowledged that.”

Rahman said the student body should continue to voice their opinion and make themselves heard outside of the framework which the Board of Trustees has given.

“My particular encouragement for them is to … make themselves heard outside of the framework which the Board of Trustees has given,” Rahman said.

Rahman said he believes making the sit-ins more overt is important, and that students attending sit-ins will try to be more intentional when scheduling protests during tours since he believes the statue is a determinant of how Rice markets itself as an inclusive campus.

Alexander Byrd and Caleb McDaniel, co-chairs of the Task Force on Slavery, Segregation, and Racial Injustice, did not respond in time for publication.