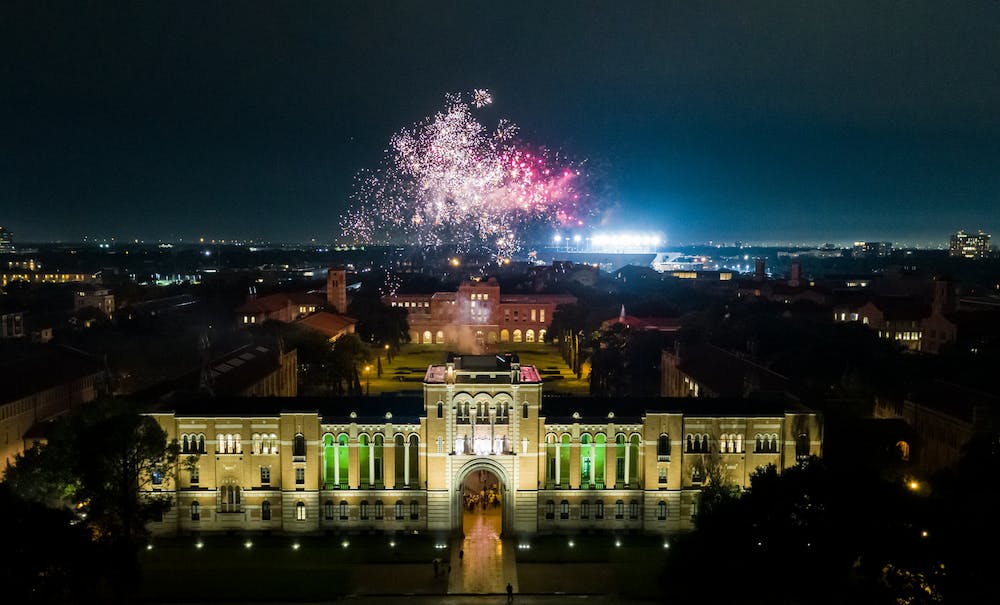 Rice’s incoming class had a record high yield rate, which represents the amount of students who choose to enroll after being admitted, at 44 percent compared with 39 percent last year, according to Vice President for Enrollment Yvonne Romero da Silva. Romero da Silva said 37 percent of students in the incoming class are from Texas, 50 percent are from out-of-state, and 13 percent are international students.

Rice’s incoming class had a 53 percent increase in its international student presence in comparison to previous years, according to Romero da Silva. The class of 2025 is also more internationally diverse than previous classes, with larger representation from countries in Latin America, Africa and Europe.

“By having [standardized tests] as a requirement for the international population, we were really limiting access to some really spectacular students who simply didn’t have the chance to [test],” Romero da Silva said. “Maybe [they] didn’t know they were applying to a US school or they are unfamiliar with that kind of assessment, because it’s very different [from] what many students internationally will be exposed to in terms of testing.”

Will Rice College freshman Arjun Kannan, an international student from India, said he did not face issues of accessibility to take the SAT, but he understands how it may be an issue for students in other countries, where the U.S. is not a popular destination for college.

“I think people would have been more confident when applying because of the test optional policy, since they didn’t have to submit test scores,” Kannan said. “I heard that Rice got a large number of applicants, so I really think that [the test optional policy] was one of the factors, but it wasn’t a factor that affected me personally,” Kannan said.

This year’s class also has a greater percentage of women than men, at 51 and 49 percent respectively, while in the past Rice’s enrolled class was majority male, according to Romero da Silva.

Rice’s office of admissions saw a record number of applicants this year, with just over 29,500 applications, and an enrollment of 250 more students than last year, according to Romero da Silva.

As a result of COVID-19, the Office of Admissions was unable to host in-person recruiting events for prospective students. Romero da Silva said this situation forced Rice to be innovative in how to communicate with prospective students. Rice held virtual information sessions and application advice workshops for students interested in the school.

Wiess College freshman Allison He said that Rice held virtual webinars that they encouraged students to attend to show demonstrated interest in the school.  She said the webinars were helpful for career related information and to provide a general overview of Rice.

“I think I was always super interested [in Rice], so I am not sure if it made an impact on my [decision to apply],” He said. “But every time I would leave a webinar, I wouldn’t leave disappointed.”

Romero da Silva said that through a focus on online marketing, there was a significant increase in the amount of students outside of Texas who demonstrated interest in Rice.

“As we move forward, we imagine a world where our offerings are going to include both virtual and in person [events] once we have the chance to do more in-person travel once again,” Romero da Silva said.

Romero da Silva said that she believes Rice’s response to the COVID-19 crisis last year and the positive experiences of students showed prospective students that Rice is a community of people who look out for each other.

“This is not just an education for one person. It’s coming to a school that has a community of people who are looking out for each other. It was evidenced tremendously in the student response to the COVID restrictions and the protocols that were in place, and that was a very different story than what you were hearing play out at other campuses,” Romero da Silva said.

Kannan said that his experience during Orientation Week exceeded his expectations of the university, based on his research when applying to Rice.

“I came here thinking about the Rice culture of care, and I read a lot about it. For someone who was looking at Rice University from the outside, they may think it’s superficial ... but once you are actually here you understand that there is a genuine care for each other, and people are actually helpful and kind to you,” Kannan said.