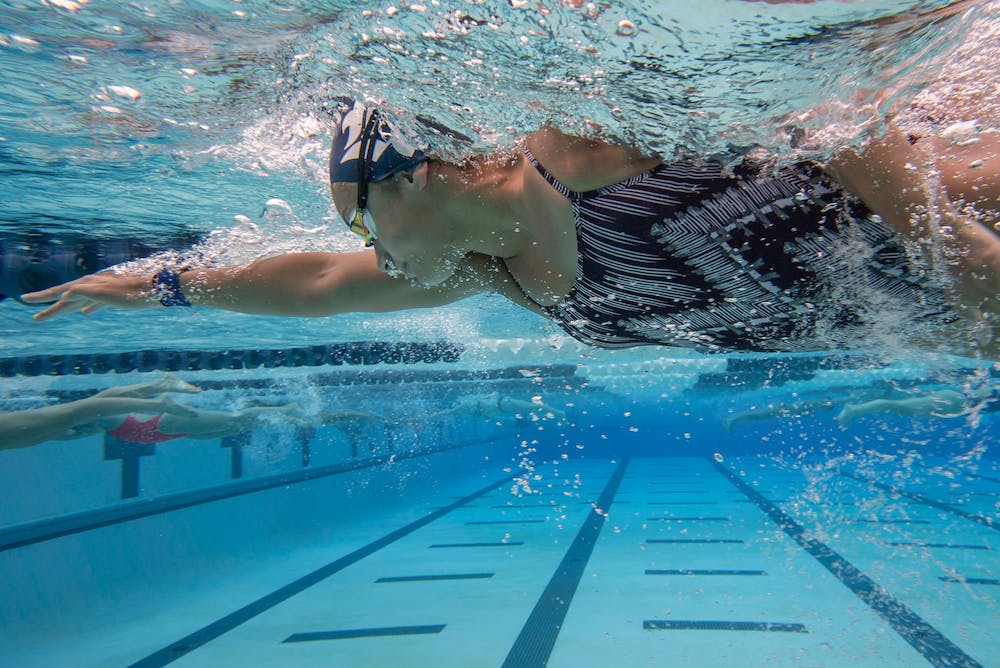 For some, swimming is just a hobby. But for junior swimmer Ahalya Lettenberger, it is much more than that; it is her freedom. Lettenberger, who was born with arthrogryposis amyoplasia, a muscular-skeletal condition in her legs, will fulfill a lifelong goal as she competes in the Tokyo 2020 Paralympic Games in the coming days.

Going into the Games, Lettenberger is ranked third in the world for the 200-meter individual medley, SM7 classification, and fourth in the 400-meter freestyle, S7 classification. When she first hits the pool in Tokyo on Thursday for the 200-meter individual medley qualifying round, it will be the culmination of a journey that Lettenberger has been on for years.

“I walked out [during the opening ceremony] with my best friend, who is also at her first Paralympics, and our jaws just dropped,” Lettenberger said. “There are really no words to describe it, just awe and gratitude. That’s when I think it really sunk in that I made it to the Paralympics, and that I get this incredible opportunity to be surrounded by so many amazing people from all over the world. Everything just hit me at that moment, and I knew that all the hard work had paid off.”

Making it to Tokyo is a dream come true for Lettenberger, a dream that has been on her mind since 2013.

“Competing in the Paralympic Games means everything to me,” Lettenberger said. “It has been my dream since I attended my first para meet in 2013, and to have it finally come true is something I can’t even describe. I’m just so excited and honored to represent the USA and to compete in a competition that truly showcases diversity and disability.”

According to Lettenberger, it was that 2013 para meet that showed her what was possible in the sport of swimming.

“[The meet] was a smaller meet where younger swimmers could meet Paralympians. I met so many swimmers with all different kinds of disabilities, and it made me realize what was possible. Swimming became a happy place and something that made me embrace myself, differences and all.”

According to Lettenberger, the pool is the one place where she feels freedom and a sense of belonging.

“When I’m swimming, I don’t feel different, I’m just an athlete,” Lettenberger said. “Swimming at para meets, there is no judgement or weird glances, because we all have disabilities and share so many experiences. Swimming gives me a freedom and a sense of belonging that I can’t get anywhere else.”

As she progressed and embraced the sport of swimming, Lettenberger took inspiration from 12-time Paralympic medalist Cortney Jordan.

“Growing up, I looked up to Cortney Jordan, a three-time Paralympian in swimming and a multi-medalist,” Lettenberger said. “At one of my first para swim meets, she gave me one of her medals, and she’s just been an amazing role model both in and out of the pool.”

These were the sort of interactions that furthered Lettenberger’s love for swimming.

“What I love most about swimming is the friendships I’ve made,” Lettenberger said.
“Swimming is such a hard sport that helps you build bonds that you can’t build anywhere else. I’ve made lifelong friends with my teammates, both at Rice and on Team USA.”

Lettenberger’s journey led her to continue her academic and athletic career at Rice, a place where Lettenberger felt she could balance being a student and an athlete.

“I chose Rice because it really offered everything I could ever want, from top tier academics to an amazing Division I swim team,” Lettenberger said. “The balance was what really drew me, as I could be both a student and an athlete.”

When Lettenberger isn't training for her sport, she's working toward a major in bioengineering on the pre-med track.

“I chose to study bioengineering because I really want to design medical devices to help other people with disabilities,” Lettenberger said. “Through swimming, I’ve been able to accept and embrace my disability, and through engineering and medicine, I want to help others do the same.”

After graduation, Lettenberger said she plans to become a rehabilitation doctor, setting her sights on helping others with disabilities.

“I really want to work at a rehabilitation hospital and also design devices such as prostheses and exoskeletons,” Lettenberger said. “I also hope to spread disability awareness through speaking and sports.”

Lettenberger will become the second Owl to participate in an Olympic swimming event when she competes in the qualifying round of the women’s 200-meter individual medley - SM7 on Thursday, with the final taking place on Friday. She will also race in Saturday’s qualifying round for the women’s 400-meter freestyle final on Saturday, with the final taking place on Sunday.