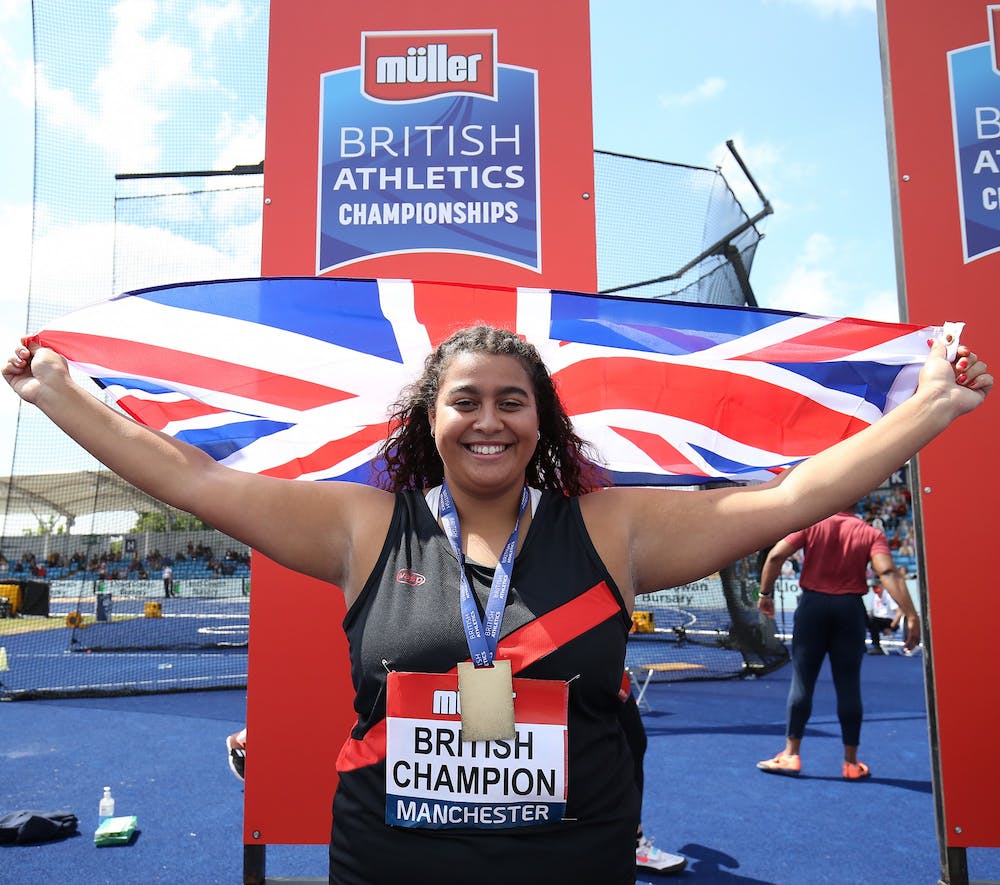 Three members of the Rice women’s track & field team participated in various Olympic trials during the last two weeks of June. While none of them qualified for Tokyo, sophomore thrower Tara Simpson-Sullivan and graduate jumper Michelle Fokam narrowly missed the cut.

Fokam, who recently earned All-American honors in the triple jump, started off the trials for the Owls by competing in women’s triple jump on June 20 at the U.S. Olympic Trials in Eugene, Oregon. After placing fourth in the preliminary round, Fokam placed sixth in the final with a result of 13.62 meters, missing out on a spot in Tokyo by 0.53. Fokam also competed in the long jump, but was unable to advance after three straight fouls in the preliminary round. Despite not making the team, Fokam said that she is very satisfied with her performance and happy to see her growth.

“I am very happy about my results at the trials in the triple jump,” Fokam said. “It showed my consistency and my growth in the event.”

After the meet, Fokam, who graduated from Rice last semester, said that she plans to try to make an Olympic team again.

Perhaps the closest any Owl got to Tokyo was Simpson-Sullivan. Competing in the women’s hammer throw at the British Athletics Championships on June 26, Simpson-Sullivan placed first with a distance of 67.38. According to Simpson-Sullivan, the final was very competitive but she was able to pull ahead on her last throw.

“My first two throws in the final were kind of, for me, pretty average,” Simpson-Sullivan said. “So [going] into the final I was in second place. And it wasn't [until] that very last throw that I managed to throw 67.38 and put myself in first. It actually turned out to be only 30 centimeters further than the girl that ended up in second. So it was a very close, competitive [event].”

While Simpson-Sullivan won her event, the British Olympic delegation will not include anyone in the women's hammer throw. Simpson-Sullivan said that she plans to try for the 2024 Summer Olympics instead.

“I definitely want to become an Olympian,” Simpson-Sullivan said. “That's a big goal of mine. And I really hope to inspire people, especially young girls, to get into hammer [or any sport] where it's maybe not as [pretty] or as not as popular as some [other] sports.”

The third Owl to compete was sophomore distance runner Grace Forbes, who was named all-American in outdoor track, indoor track and cross country this season. Forbes ran the 10K and finished No. 31 with a time of 33:28.98. Forbes said she was happy about her experience at her first Olympic trials.

“I was seeded last of 44 women (mostly professional runners) and placed thirty-first,” Forbes said. “I was the youngest runner out there. I had so much fun being with the best of the best and it was amazing to watch history being made.”

Forbes, who placed seventh in the 10K at last month’s NCAA Championships, said that the trials were the culmination of months of training.

“I have been preparing for the trials ever since COVID hit,” Forbes said. “It became a goal of mine to make the trials, and this was my source of motivation through the months of training alone in isolation.”

Simpson-Sullivan also said that she had been training for the trials for a long time, but her preparation hit a roadblock in the weeks leading to the event due to England’s COVID-19 protocols.

“I was in quarantine for about nine days beforehand.” Simpson-Sullivan said. “I kind of struggled to do any solid training in that kind of time period. I was as prepared as I could be in that short time period. But like long term, it's kind of something that you work towards and build up over the whole season trying to peak at certain times. So in that sense, I've been preparing for the whole season. But that was kind of like two weeks beforehand. It was a bit rocky.”

In addition to the physical preparation, Fokam said that competing against some of the best athletes in the world took an extra bit of mental preparation.

“The most challenging thing about the meet was the emotional and mental part,” Fokam said. “Competing at an elite level and doing it so often takes a lot out of you.”

While none of the current Owls were able to qualify for Tokyo at the track and field trials, Rice graduate Ariana Ince will represent the United States in the javelin throw. She will join sophomore swimmer Ahalya Lettenberger, who was named to the U.S. Paralympic swim team.