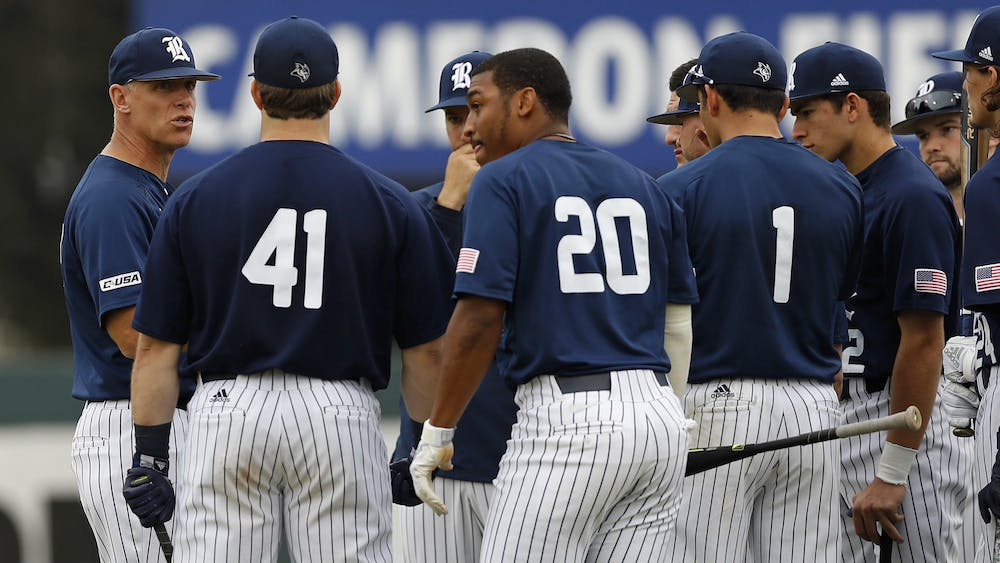 “We just felt that we needed a change in leadership to move the program forward,” Karlgaard said.

Bragga joined the Owls following 15 seasons at Tennessee Technological University. Under his watch, the Golden Eagles compiled a record of 445-383-2 and made three NCAA postseason appearances. However, he was unable to find the same success with the Owls. The Owls’ 26-33 record in his first season, while only a slight decline from the previous year, was their worst mark in over two decades. The next year, in a season shortened by the onset of the COVID-19 pandemic, the Owls won just two of their 16 games. This season, Rice won 23 of their 53 games, including a record of 11-20-1 against C-USA competition. While Karlgaard admitted that he would have liked to give Bragga more time to prove himself, he said that he was concerned with the direction of the program.

“In many ways you can argue that coach Bragga wasn’t given enough time,” Karlgaard said. “We just felt that we needed to make this decision now so that we can change the trajectory and get things headed in the right direction as quickly as possible.”

Bragga was the first coach hired by the Owls in the post-Wayne Graham era. Graham, a member of the National College Baseball Hall of Fame, was a tough act to follow. During his time at Rice, Graham led the Owls to NCAA postseason play 23 times, 19 consecutive seasons in which they won either a conference regular season or tournament championship and a national championship in 2003. According to Karlgaard, Graham set a standard for the program that it hasn’t lived up to in recent years.

“Coach Graham set an unbelievably high standard, getting to the NCAA postseason [23] straight years, getting to the [College World Series] seven times, and winning a national championship,” Karlgaard said. “That level of consistency is something that the university has come to expect, and unfortunately for the last four years, we haven’t been there.”

Rice will now begin the process of finding a replacement for Bragga, which Karlgaard said will take up to three weeks. As he begins to look at candidates, Karlgaard said that he is looking for a coach who has a good understanding of all that Rice has to offer on and off the field.

“[We’re looking for a coach] with a familiarity with [Rice’s] uniqueness,” Karlgaard says. “Rice is an interesting challenge, because it’s one of those places where we want to do everything well, and not do just a few things well at the expense of others. We need somebody who understands the 360-degree nature of this job, and is willing to attack and embrace all of it.”

Whoever Rice chooses to succeed Bragga, the next coach will be tasked with breaking the program out of its recent slump and bringing it back to relevance. According to Karlgaard, he feels a sense of urgency to find a coach who can bring Rice baseball back to its winning ways.

“Baseball at Rice University has a great tradition,” Karlgaard said. “We need to move quickly to restore that tradition, to get back to a point where we can be in the hunt for championships.”