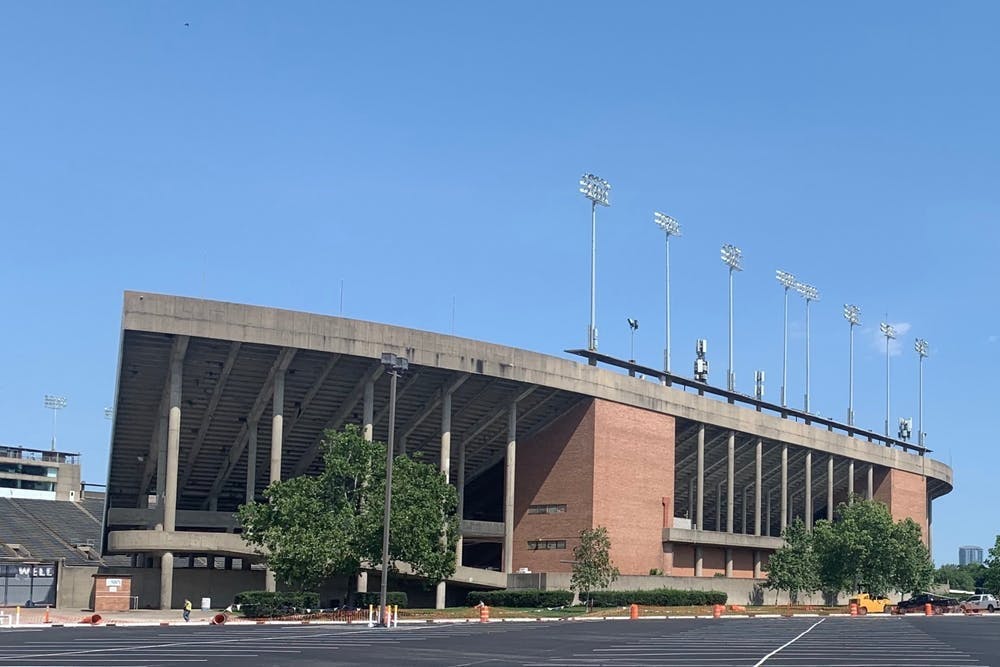 The announcement is followed by a statement that all guests who attend commencement must abide by university safety policies, including strict rules on seating location and mask usage compliance.

President David Leebron said that this decision was a result of decreasing COVID-19 positive cases and increasing vaccination rates both on campus and in Houston.

“[The new commencement plan] is consistent with the general principle we adopted early on, which was we would be constantly reevaluating our decisions and willing to pivot,” Leebron said.

Rice administration also announced that the location for all commencement ceremonies this year has been changed to the outdoor Rice football stadium, regardless of the weather.

According to Leebron, the administration came to this decision after evaluating students’ opinions.

“Hearing from students with more clarity, [we realized] that they supported the idea of the football stadium location,” Leebron said. “Part of the problem with the quad was if we’re having physical-distancing of some kind, the capacity is really limited — and not just limited to how many people, but also what that experience is going to be.”

In response to the changed commencement plans, Sriram Sundaramoorthy, a Rice parent and the organizer of the change.org petition calling for the administration to allow parents to attend in person, said that he is extremely appreciative of the consideration Rice has shown for parents.

“Rice has always done the right thing by us and our kids,” Sundaramoorthy said. “They have shown that once again. Over 500 parents who signed the petition are beyond elated and all are looking forward to the celebrations.”

Amy Jiang, a Wiess College senior, said that the new commencement plan has allowed her to invite her family to attend her graduation ceremony.

“My family is coming now, even my brother [who] originally said he wouldn’t plan on coming since we both thought there was no chance we would have an in-person commencement,” Jiang said. “Now I’m just trying to figure out who I want to invite as my last guest and if they could logistically make it given this planning is a bit last minute.”

Rice parent Amy Conrad said she is thankful for the once-in-a-lifetime opportunity the Rice administration is giving parents, and she is not concerned about in-person gatherings.

“Required Rice protocols will be followed, just as they were this past fall for football games and currently for track meets, baseball games, et cetera,” Conrad said. “We fully support and trust the Rice Administration’s judgment and look forward to spending this special day with our son and other graduates.”

Sylvia Jung, a Hanszen College senior, said that many seniors have mixed feelings about commencement being held in the football stadium.

“I’ve heard some of my friends were against the idea of it because it’s less traditional and aesthetic compared to the academic quad,” Jung said. “Personally, I think it’s more spacious and has better seating, which makes me think it’s not a bad option.”

According to Zach Hutchins (Brown College ’20), who plans on attending the Saturday night commencement for the class of 2020, he believes the new location has some worrisome factors.

“I have been on that field on a hot day, and the turf almost acts like an oven,” Hutchins said. “And since everyone will be on the opposite side of campus from the Sallyport, I am worried that it’s going to be an unorganized [and] first-come-first-served [situation when people walk] across campus to get Sallyport pictures.”

Christian Owens, a Martel College senior, said that the location of his ceremony is irrelevant to him compared to the people that will be there.

“I don’t really care that it’s in the stadium,” Owens said. “I’m just happy that my family can come!”

According to Leebron, the procession out of the Sallyport, a long-standing Rice tradition in past commencement ceremonies, will not be officially included in this year’s graduation ceremonies.

“My understanding is that students will be free in effect on their own or with their friends to march through the Sallyport,” Leebron said. “This is an opportunity to make it an individualized ceremony in a way … A big question this year is ‘how can we add something to this experience to make it truly special?’ And I would think for a lot of our students, that’s going to be finding a way to march through the Sallyport [on their own]. And we invite students to do that.”

Justin Bishop, a Brown College senior, said that he is currently organizing a Sallyport walkout for his peers, and that graduates from the class of 2020 are also welcome to join.

“There are currently 121 [students that RSVP'd they’re] going and 163 interested,” Bishop wrote in an email. “ [The current plan is] we would make our way to the quad after hugs and pictures when the ceremony ends … We'll see! One way or another, I'm walking through that sallyport!”