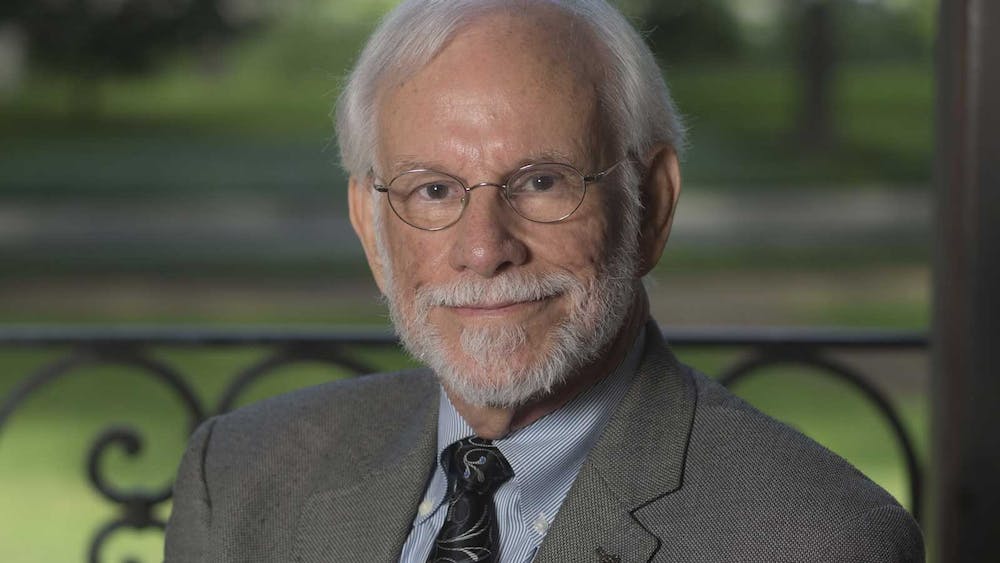 Charles Sidney Burrus, former dean of engineering at Rice, passed away on April 3 at age 86. Burrus is survived by his son, daughter and four grandchildren.

Burrus attended Rice and earned three degrees; a Bachelor of Arts, Bachelor of Science and Master of Science degree in electrical engineering. He joined the Rice faculty in 1965 and remained a faculty member for 56 years. In that time, he won the George R. Brown teaching award six times.

Richard Baraniuk, the Victor E. Cameron professor of electrical and computer engineering, said Burrus was an amazing educator and inspired generations of Rice engineering students who have gone on to make world-changing contributions.

“He wrote five insightful books, hundreds of technical papers, and won the George R. Brown Teaching Award so many times that he was disqualified from further competition,” Baraniuk said.

Don Johnson, J.S. Abercrombie professor emeritus of electrical and computer engineering, said he first met Burrus at a reception event when interviewing for a faculty position after attending the Massachusetts Institute of Technology as an undergraduate. The reception was at Lovett College where Burrus was magister from 1984 to 1992. Johnson said Burrus and his wife were warm and welcoming and they hit it off right away.

“Sid was the one I would go to in the department to just talk about life at Rice,” Johnson said. “Through him, I realized that you could make friends with colleagues across the campus; that was not true at MIT. In short, he opened Rice’s doors for me and revealed what was inside.”

Johnson encountered some surprises when transitioning to Rice — namely the number of cockroaches that lived in Houston — but said he still remembers Burrus’s response.

“When I mentioned them to Sid, his reply with a broad grin on his face was, ‘When they knock on your door, just don’t let them in,’” Johnson said.

Provost Reginald DesRoches said Burrus has been a key figure in the history of the school of engineering and Rice University.

“He mentored a generation of key leaders in electrical and computer engineering, and it is under his leadership as dean of engineering that the school gained recognition as one of the preeminent programs in the world,” DesRoches said.

DesRoches said that after he arrived at Rice in 2017 to serve as the Dean of Engineering, he received a message from Burrus welcoming him to Rice and offering to help if DesRoches needed any advice.

“I took him up on that and would meet him every few months to get his advice on a range of issues,” DesRoches said. “I always found him to be honest and optimistic. I always left these meetings feeling a little bit wiser and better equipped to handle the challenges of the job.”

Baraniuk said after Burrus hired him as an assistant professor after completing his Ph.D. in 1992, Burrus mentored him for nearly thirty years.

“As a new professor, the advice around the department was to ‘be like Sidney,’” Baraniuk said. “His door was always open for discussions about anything. And, he always had something insightful to offer that made you think and made you feel better walking out of his office than you did walking in.”

“Early in that class, he walked in and wrote a differential equation on the blackboard that ran the whole way across, and said, ‘solve it,’” Hochberg said. “Of course, we had no idea how. He then proceeded to break it down into each individual piece … [eventually] the problem morphed into ‘what is 1+1?’ Since that day, when faced with a complicated problem ... I’ve used that example to break down the problem, simplify each piece, and try to find a solution.”

Hochberg said he applied this teaching throughout his years in the Texas Legislature, where many problems are complicated and the path to a solution can often overwhelm. According to Hochberg, Burrus never settled for simple answers to questions and always wanted to dig deeper to add information to the question.

“I found that beyond his engineering research, he was fascinated with bigger questions; why does society work the way it does ... how is it that people exposed to the same world see things so differently,” Hochberg said. “And when I had the chance to engage in that conversation with him, he always challenged me to help him find those answers.”

Johnson said while he and Burrus worked in different sub-areas in digital signal processing, they still would share what they were working on.

“As the years went by until the pandemic shut the campus down, I would check to see if Sid was in his office and, if so, I would stop by for a chat,” Johnson said. “He never said, ‘no, I am too busy.’ We would talk about everything with no agenda. I miss him already.”

A virtual memorial service will take place later this month, celebrating Burrus’ life by some of the individuals he impacted.