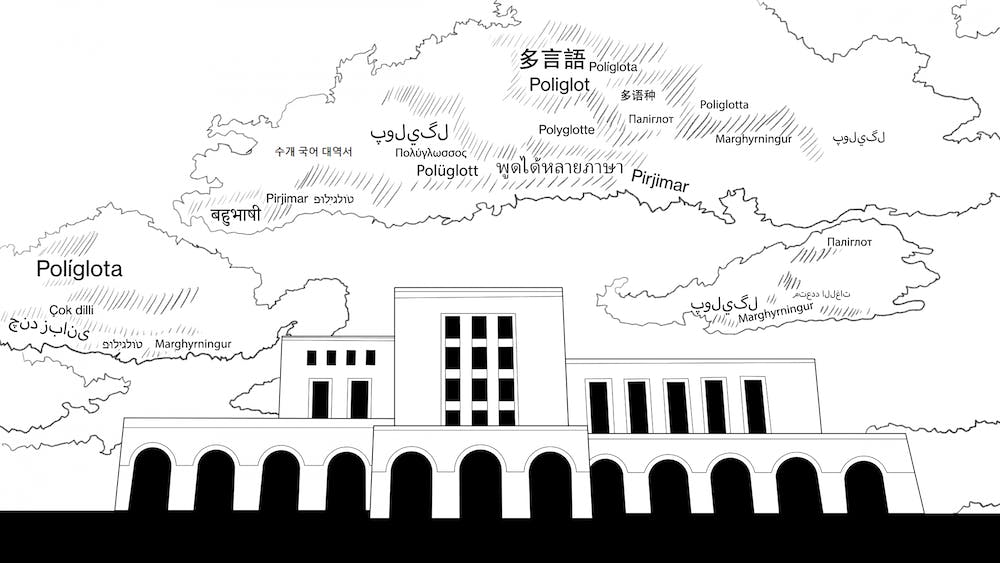 Learning a second language is never easy, let alone learning a third, fourth or beyond — especially in the United States. According to the U.S. Census Bureau, only 20 percent of Americans can speak two or more languages — but some Rice students are up for the challenge. The Thresher spoke with four Rice students who speak four or more languages to learn their secrets for success.

Where it all began

Anh Nguyen’s language learning journey began in her youth due to the prodding of her parents.

“My parents wanted me to learn Vietnamese,” Nguyen, a Duncan College sophomore, said. “They sort of teased me: ‘If you don’t learn Vietnamese in the house we are going to send you to Vietnamese school.’ But I’m really grateful for that kind of experience just because I was able to grow up naturally bilingual.”

In middle school, Nguyen also began learning Spanish to better interact with the community in Houston.

“Where I come from and also my high school, there is a very high percentage of Hispanic students and so I was interested in trying to communicate with some of my other friends who spoke Spanish and also the community around me, like at places I volunteered at,” Nguyen said.

Raquel Marroquin was born in Quebec to a Quebecker mom and an El Salvadorian dad. She grew up speaking both French and Spanish. However, her family moved to Texas when Marroquin was in the third grade, a change of scenery that galvanized her to learn English and begin her language learning journey.

“We just had started English classes when I had to move so I only knew, like, ‘Where is the bathroom?’ and ‘Hello my name is,’” Marroquin, a Wiess College senior, said. “I was in [English as a Second Language] for the remainder of elementary school.”

Audrey Cabay was born in Belgium to a Belgian dad and a Texan mom. She grew up speaking both French and English. However, her family’s move to Singapore when she was seven years old spurred her language learning journey.

“My school [in Singapore] required that we take another language and I really wanted to take Spanish because I was convinced that Chinese was impossible,” Cabay, a Martel College senior, said. “But my parents thought [learning Chinese] would be more relevant considering where we were.”

Looking back now, Cabay is grateful that she chose to learn Mandarin.

“I think Mandarin has served me so well,” Cabay said. “In Singapore, it's a majority ethnic Chinese population. I’m very visibly a foreigner so being able to speak Chinese has made me feel a lot more welcome. People believe me when I say I’m from here and that this is where I grew up.”

Elhadji Diop’s path to becoming a polyglot began with his family, who is from Senegal. Diop, a Duncan College senior, grew up learning both French, the official language Senegal inherited from its colonizers, and Wolof, the most widely spoken ethnic national language that pre-existed French occupation.

However, Diop said that his love of language learning was heavily influenced by the diverse Atlanta community in which he was raised.

“My direct neighbors were predominantly Hispanic,” Diop said. “I lived across from people from Honduras and from Venezuela. They would come over and we would talk and get insights into their culture.”

These early interactions motivated Diop to begin taking Spanish in middle school. Diop has continued his study of Spanish throughout high school and at Rice.

“I’ve been taking Spanish for eight years and I grew up around a pretty large Hispanic population,” Diop said. “So I really wanted to keep up with that language. I think that’s my second most proficient language just because of how much I actively use it.”

Recently, Nguyen has begun learning Korean — an endeavor fueled by a desire to become a better consumer of culture.

“With Korean, I had already listened to it a lot because I listened to K-pop and watched a lot of K-dramas,” Nguyen said. “At first I was really in it for the music and the plots, but then slowly I grew more interested in actually wanting to learn the language more.”

In addition to Korean, Nguyen has also begun learning Mandarin with an aspiration to better communicate with her peers.

“With Mandarin, I had some friends who are international students from China and I thought it would be interesting if I could also speak Mandarin and communicate with them that way,” Nguyen said.

For these new additions to her language repertoire, Nguyen has chosen to eschew formal classes — at least for the time being.

“For Korean, I lowkey gained some basic phrases and stuff naturally from K-pop and K-dramas,” Nguyen said. “Currently I’m in the process of rewatching K-dramas I’ve already watched but without the English subtitles.”

For Mandarin, Nguyen is following a similar strategy.

“I’m using multiple apps like Memrise and Duolingo,” Nguyen said. “Also my [teaching assistant] in my [organic chemistry] lab speaks Mandarin as her native language so I've started speaking with her. I also watched a couple C-dramas during the winter break to get a greater sense of the way native Mandarin speakers speak to learn more about the culture.”

After coming to Rice, Marroquin chose to elevate her learning of Korean to the next level by pursuing the Korean Certificate in Language and Intercultural Communication.

“When I came to Rice I took the opportunity to full-on learn the language and not just write down words I remembered or phrases I catched,” Marroquin said. “I actually wanted to understand the grammar and learn the vocabulary and actually speak it properly.”

Marroquin studied abroad in Korea over a summer through the Rice in Korea program — a particularly memorable experience for her.

“I absolutely loved it,” Marroquin said. “I would do it again if I could. I had a really great host family and a language partner and I appreciated that the program immerses you in the language and culture.”

Marroquin’s favorite aspects of studying abroad in Korea were the level of immersion she was able to achieve and the stimulating conversations she could partake in.

“I liked that when I stepped outside the college or the home, I was right in the city and got to use my knowledge and my skills trying to talk to vendors or cashiers or random people on the street,” Marroquin said. “It’s not every day they see a Black girl in Korea. Usually I had really interesting conversations and they were so shook that I could speak and understand what they were saying.”

Cabay is also pursuing a Certificate in Language and Intercultural Communication — in Chinese — and studied abroad in southwestern China the fall of her junior year.

Cabay said that in addition to receiving a great mix of guided cultural information and experiences that would have been difficult to discover on her own, her favorite aspect of studying abroad was getting a taste of independence.

“I traveled on my own for two weeks during the semester and then at the end I had an internship for a month,” Cabay said. “I was living in [Kunming] with two friends in an apartment and I felt very grown-up and independent. It was fantastic to integrate into city life that way.”

During her senior year, after so many years of improving her Mandarin, Cabay said she decided to learn Korean for fun.

The benefits of being a polyglot

Nguyen says practicing her Spanish with patients at Ben Taub Hospital, where she volunteers, and with Housing and Dining workers has been both beneficial and rewarding.

“It was really nice because I know it can be really hard to talk to people in a language you can’t really understand,” Nguyen said. “Being able to bridge that gap is meaningful to me.”

Nguyen plans to use her love of learning languages as a tool in her future career as a physician and for personal enjoyment.

“I want to open my own clinic and serve underserved populations,” Nguyen said. “I know with Vietnamese and Spanish I will be able to connect with any of those patients that speak those languages. With Mandarin and Korean, it’s more just for me to learn more.”

Marroquin, who is half Black, half Hispanic, and from Quebec, is proud of her cultural identity and believes it has had an impact on her perspective on different cultures.

“I think it’s easier for me to understand people from different backgrounds and to be more open,” Marroquin said. “I feel like I don’t have any reservations to dip my toes into something completely different or completely new to me. I love to learn about different cultures because I have two really strong cultures in my own household. It gives me a world perspective.”

Despite delving into Chinese and exploring Korean while at Rice, Cabay said her most significant experience related to language study at Rice has been working as a French language consultant at Rice’s Center for Languages and Intercultural Communication.

“I think that’s what I'm going to miss most about Rice,” Cabay said. “It’s been the most consistently rewarding thing I’ve done. I’ve grown so much through it, I’ve learned so much, I’ve met so many people — it’s been amazing.”

Beyond Cabay’s enjoyment for teaching, being a French language consultant helped her feel at home and in harmony with her identity.

“Leaving my family meant I had nobody I could speak French with anymore,” Cabay said. “So being a language consultant was really nice to be able to speak in French regularly with people. It made me feel a lot less homesick and a lot more like the person that I am here is the same person I am at home. Not being able to speak French feels like part of myself is closed away.”

Diop credits language learning as a fantastic way to understand other cultures.

“Knowing the language is a great gateway to [connecting],” Diop said. “It has made it easier for me to make friends in those communities and understand those communities better and not be so ignorant to their way of life. I can expand that bubble just by understanding a little bit and saying something very basic.”