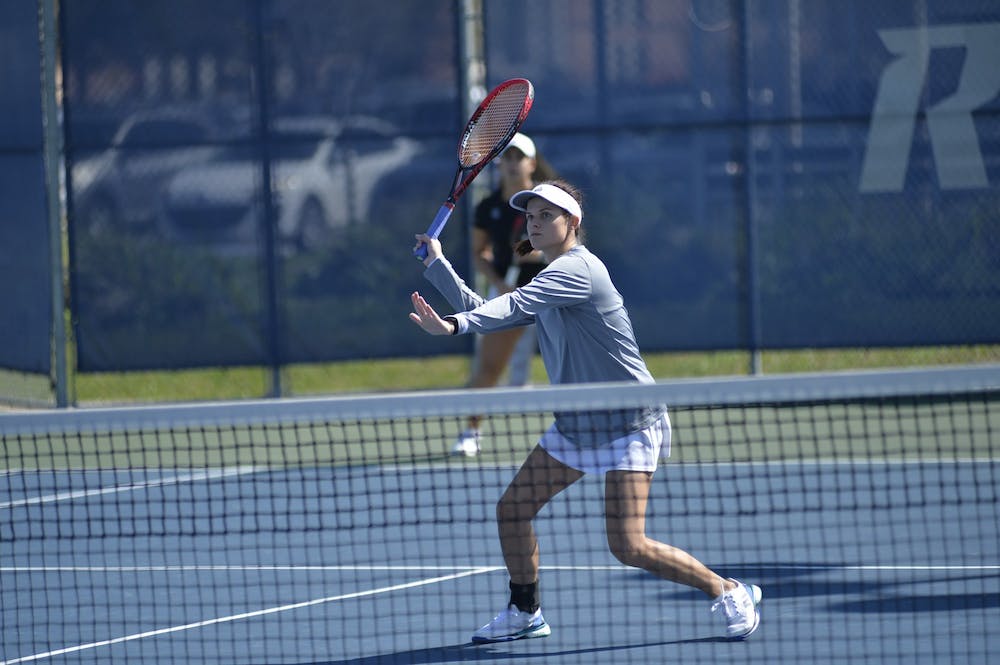 The Rice men’s tennis team lost their game last weekend, falling to the University of Texas, San Antonio by a score of 5-2. With the loss, their record fell to 8-9 on the season.

UTSA won two of the three doubles matches, to secure the doubles point right out of the gate. Head coach Efe Ustundag said he was surprised by Rice’s slow start.

“We looked good in practice leading up to the match and we had good energy and intensity before the match, but it didn't convert into good tennis,” Ustundag said. “I felt like we got punched in the mouth by the doubles point and it took a long time to recover from that punch.”

The Roadrunners expanded their lead with two quick wins in the singles matches, but sophomore Wes Barnett was able to take his match in straight sets and senior Mohamed Abdel-Aziz, after dropping the first set, stormed back to win his match in three sets, bringing the score to 3-2.

“We dropped four first sets [in singles] at one through four that were not very competitive, but then it started rolling,” Ustundag said. “All year, we've had matches where if we could just get it a third set, [we would have a chance]. We finally did that today.”

Before the Owls had a chance to tie up the matches, adverse weather in the form of some light rain caused multiple hours of delay.

“After being down 3-0 in a relatively quick fashion, it was feeling like finally, we're going to be on this side of a comeback,” Ustundag said. “But this is an outdoor sport and weather delays are part of the game. We should have done a better job when we came back out."

After the delay, the Roadrunners were able to close out the final two singles matches and take the overall match by a score of 5-2.

Junior Victoria Smirnova and senior Anna Bowtell won the third line of doubles matches with a score of 6-1. However, the Panthers took the advantage back with both wins in the two following lines.

During the single matches, Victoria, sophomore Maria Budin, and junior Anastasia Smirnova won their matches, in an attempt to record Rice’s second win this season without the doubles point. However, two Panthers wins left the score even at four. The match ended when FIU captured the last singles match, finalizing the score at 4-3.

The team managed to rebound against USF the second day. Head coach Elizabeth Schmid said the competition with USF was fierce and the victory did not come easily.

“The whole team was locked in every point against USF and that is the type of mentality we need to have every match,” Schmid said. “Going on the road always presents a different set of circumstances.”

The team managed to take both points in the doubles matches. Budin and junior Diae El Jardi won  6-1 in the first court, followed by senior Linda Huang and Anastasia securing the second doubles point with 6-3 win.

The team carried their momentum into the singles matches as well. Singles wins by Anastasia, Huang and senior Michaela Haet brought the Owls lead to 4-0, clinching the win. The win brought the Owls record to 12-4 on the season.

Schmid said she was glad that the matches took place in Miami, Florida, where the team needed to walk out of its comfort zone and adapt to a new environment.

“With the conference tournament being away from Houston, it is important for us to be able to adjust quickly to a new setting and Miami gave us a chance to work on that,” Schmid said. “Our goal is to use every day as an opportunity to grow and, whether we win or lose, I feel our team has done a good job sticking with that mentality. We will keep that same focus as we head into practice and matches this week.”