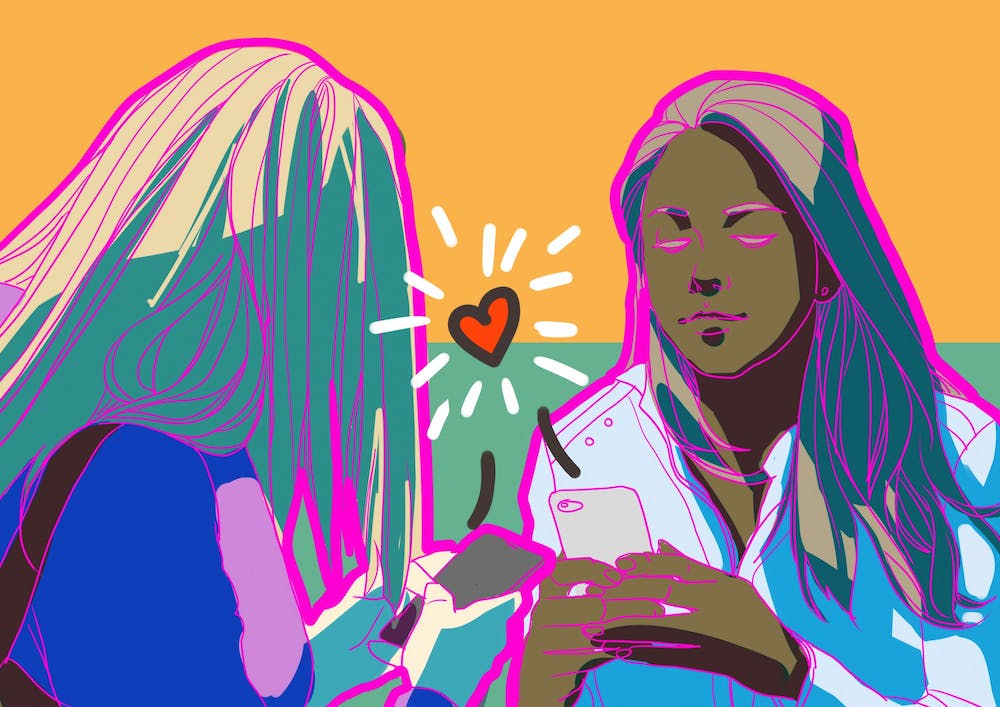 “To the guy on the 2nd floor at Brown, you’re cute but I’m too scared to talk to you.” “To the hot shawty in Duncan 5th floor, u can ride me over when u do ur beer bike practice.” “To the guy who emerged from fondy wearing a blue&red flannel w Addidas sweatpants - u single?” These are just a sample of the student submissions featured on Rice Missed Connections, an Instagram account that gives students a platform to shoot their shot anonymously with other students.

The page has gained popularity since its creation on Jan. 15 of this year. The page publishes anonymous submissions from students that typically compliment peers they’ve had chance encounters with. It is run by a junior and senior at Rice — the pair remains anonymous on the page, and the Thresher has granted them anonymity for this story.

The students behind the page told the Thresher they decided to start it after a friend of theirs who attends Stanford University told them about a similar page at their school.

That support and uplifting primarily happen on the account’s story, where they share posts such as shoutouts for Camp Kesem or Rice University Dance Marathon, as well as generally positive messages for their audience to see. According to the account owners, the page receives around six to seven submissions a week through Instagram direct messages, and they try to post one to two times a day. However, not every submission is posted.

“Usually, we post everything unless it’s really crazy. Too crazy are submissions that objectify too much. When we say objectify too much, we mean posts that go beyond just saying the guy or girl is cute; for example, DMs that talk about a girl’s butt. We’ve had a few, and those we don’t put up,” the students said.

Although not every submission makes it on the page, the ones that do are often entertaining. The account owners said one of their recent favorites was a submission soliciting help for a work of art. “Looking for real human semen samples for an ~art~ project. DM for details,” the submission read.

The submission, which has almost a hundred likes, was made by Ling DeBellis, a sophomore at Martel College double majoring in evolutionary biology and visual and dramatic arts. DeBellis is in a course called ‘Monster’, an intersection of Biosciences and Visual and Dramatic Arts, that explores how art and science influence what we conceive, or misconceive, about monstrous things. One of the projects this semester, according to DeBellis, was to make art using some sort of bodily material. DeBellis decided to incorporate human semen into making clear, plastic beverage coasters.

After deciding against soliciting samples on Tinder, DeBellis sent in her submission to Rice Missed Connections.

Students have garnered just as much attention when they’ve been the subjects of a Rice Missed Connections post. Baker College freshman Austin Cox received two posts on the page and said the whole experience was entertaining.

“I actually had two posts one day apart from one another basically saying kinda the same thing. Just like, ‘preppy kid with glasses at Baker,’” Cox said. “The first post, I didn’t think it was me cause it said blonde or something, and I’m kinda blonde but I don’t perceive myself as blonde. And then the second one was like, “short, preppy, glasses” and I was like, ‘Alright, that can’t be anybody else.’”

Cox said it felt a little weird to receive a post, as well as the attention that followed when his friends texted him and tagged him in the comments. Ultimately, though, he said the experience was more funny than anything else.

After seeing the two posts, Cox tried to find out who was behind them.

“I DMed Rice Missed Connections and asked if either of [the posts] were about me and they said that both of them are. I was like, ‘Do you want to give me their Instagram?’” Cox said.  “They asked the two people if they felt comfortable sharing their usernames. Apparently, one didn’t respond and the other said, ‘not yet.’”

Cadan Hanson is another student who has been the subject of a Rice Missed Connections post. Hanson, a Will Rice freshman, said he became a fan of the account after being shouted out.

“It was funny, cause I knew it was me but I wasn’t sure at first who [had submitted it]. I was like, ‘I think I have an idea of who it is but not 100 percent sure’ … I think it was one of the guys on the track team who was messing with me. That’s my hunch,” Handson said. “I think the page is awesome. It’s something that just gets people to step outside their comfort zone and shout someone out or get a DM to a crush.”

“I thought it was cool that [the submission] also shouted out my YouTube channel, cause now people ask me about that. It’s just kind of a running thing that I started in the summer,” Hanson said. “I didn’t really tell people about it, I just kept it on the [down low], and then Rice Missed Connections hit and a lot of people know about it now, which isn’t a bad thing; it’s pretty cool.”

Anthony Zheng, a Baker freshman, said he was surprised to see a post about him on the page, and then set out to find the person that submitted the post.

“It was very specific. It was like, ‘the person who showers a lot.’ That kinda narrowed it down ... because the person has to see me come out of the bathroom. So that’s a very small time frame,” Zheng said. “Turns out it was just my friend Justin. He just wrote it for fun, and he showed us his DMs with the account. I guess having your friends post about you kinda ruins the point of the missed connections, but it was still like pretty fun trying to figure out who it was.”

Under the spot where you can list your profession on Instagram, the Rice Missed Connections page has “doctor.” That’s because the account owners consider themselves “love doctors.”

“We help out people with love,” the account owners said. “Our whole goal with our page is to connect strangers and people who might not be able to connect otherwise. The way it works is someone DMs us and we post it, then if someone — person B — thinks it’s them, they’ll DM us and we then ask person A. If person B is the person, then person A can decide whether to connect or remain anonymous. We’ve had probably 30 to 40 connections by now that happened straight off of DM submissions. We have also had a few people who like to stay secret admirers.”

In addition to these DM submissions, the owners of the Rice Missed Connections account have also started running a dating service called Blind Connections on their page.

“Blind Connections is super simple. We put up a ‘drop your username’ on our story and afterward we put all the names, we get into a random list generator and then DM everyone their matches,” the account owners said. “The first time we had about 75 people including romantic minorities and the second time we had over 100 people.”

Overall, the Rice Missed Connections page has been an entertaining addition to this semester for many.

“We think our page is so widely appreciated because we as Rice students are usually seen as very hardworking and focused, which we are, but our page allows people to relax, unwind, and have a little more fun,” the account owners said. “We don't want or expect to be taken super seriously because our goal has always been to connect people who might not have ever talked with each other otherwise.”