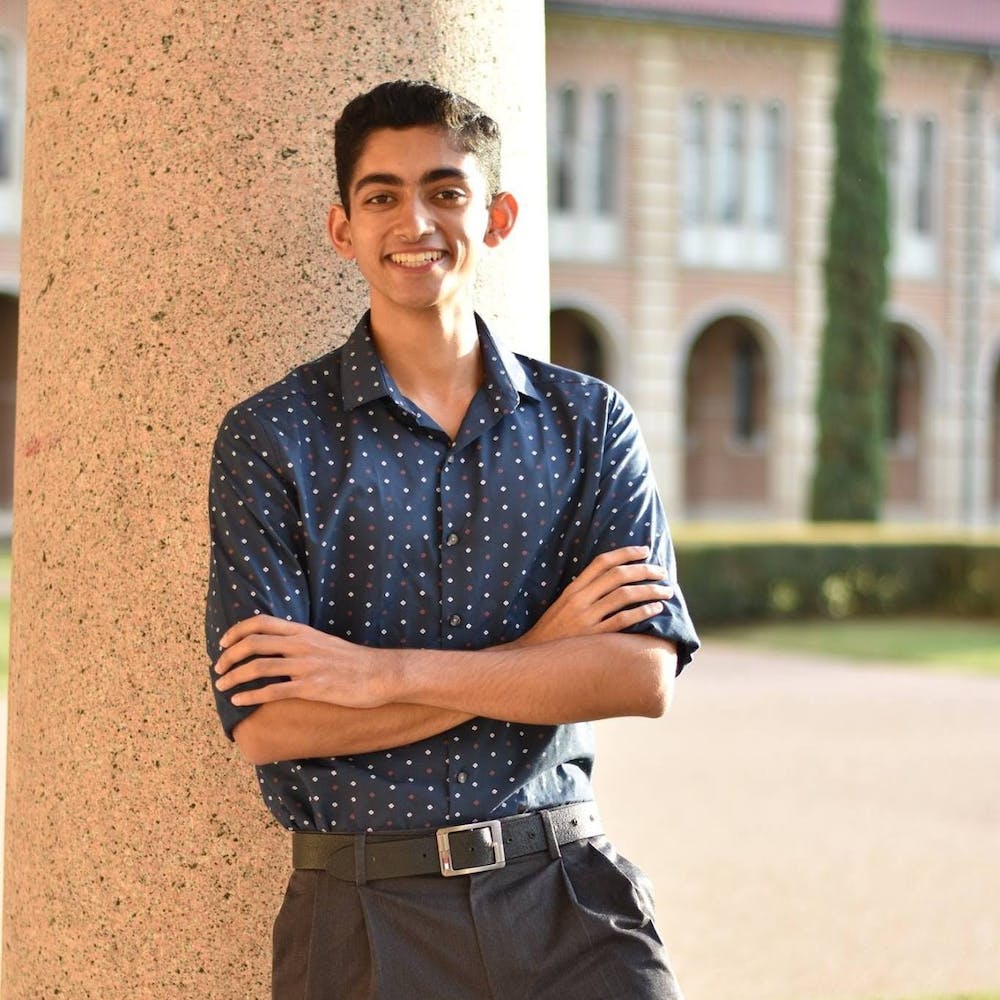 When Nitin Srinivasan began his first semester at Rice, he knew that he was interested in medicine. Since then, the Hanszen College senior has connected that interest to his passions for psychology and music. Courtesy Nitin Srinivasan

When Nitin Srinivasan began his first semester at Rice, he knew that he was interested in medicine. Beyond that, the Hanszen College senior didn’t know what exactly he wanted to pursue. It was during that first semester of freshman year that Srinivasan determined what direction he wanted to take his interest: the world of psychology.

“I was a biochemistry major coming in … I had a very myopic perspective of what my career and life should be,” Srinivasan said. “I decided within my first semester to switch to psychology. I switched to psychology because I really liked the holistic aspect of health and it provided a lot of flexibility.”

Majoring in psychology provided Srinivasan a lot of flexibility over the past four years and gave him the freedom to decide what he was passionate about within medicine. Taking neuroscience classes and cognitive science classes opened up new areas of interest for Srinivasan, he said.

“Multicultural psychology was super interesting," Srinivasan said. "It really gave me perspective on culture in terms of not just race, but gender identity and sexuality — how it’s implicated in historical views of how populations interact with one another, how racism is embedded in education.”

“[Cognitive neuroscience] was mainly focused on a scientific neurological underpinning of psychology," Srinivasan said. "That aspect was really cool and sparked a lot of my research interest in psychiatric disorders from a neuroscience perspective.”

In addition to psychology, Srinivasan is passionate about music. It’s been a huge part of his life since childhood, when he sang in choirs. At Rice, he has continued to pursue singing by joining the Apollos, Rice’s all-male a cappella group.

“It’s one of the most amazing groups I’ve been a part of,” Srinivasan said. “I really enjoyed the creative process of performing and writing arrangements. It’s been a really important part of my Rice experience. I love the people in the group.”

Early in college, Srinivasan found a way to bring both his interests together: during his sophomore year, he researched music cognition and how it can be implicated in neurological disorders.

“Music was something that I really enjoyed growing up with and I wanted to maintain that aspect of me as a person,” Srinivasan said. “I decided to do music cognition research at the Houston Methodist Neurological Institute.”

As Srinivasan took more classes, he realized that addiction was another area that sparked his interest. This prompted him to switch labs during his junior year and conduct research in the addiction field.

“I switched labs to an addiction psychiatry lab at Baylor College of Medicine. I did research on substance use disorder on patients at the medical clinic,” Srinivasan said.

Srinivasan was able to find a new way to combine his passions for psychology and music during his sophomore year: he founded a music reflection program at Angela House, a halfway house for formerly incarcerated women. Srinivasan found out about the halfway house from a post-doc who worked there, while attending a University of Texas Health talk on opioid usage. When he mentioned his interests in music and health, she suggested he reach out to them.

“I started a music reflection program at a halfway house for formerly incarcerated women with mental health conditions and substance use disorders,” Srinivasan said. “It operated on the content of health and music. I was trying to use music and a more conversational reflective approach to bring out a sense of community.”

Srinivasan taught classes at Angela House on various types of music, including pop, R&B and country.

“I really got to hear a lot of the stories of the women at the halfway house who had experienced a lot in their lives,” Srinivasan said. “We were able to use music and the messages in that music as a way to provide them with a space to talk about their struggles.”

Srinivasan said he is genuinely fond of the people he serves and often moved by the stories that they have to share. During one class, he played a song about calling out to a friend in a time of need. One of the women in the class reflected on how she was in prison, her only friend was God.

“It sparked this huge reflective state where everyone was talking about their feelings of loneliness while incarcerated and finding a newfound hope in their spirituality. That was one of the first classes I ever taught,” Srinivasan said. “When that moment happened, I realized that there are a lot of these stories you would not hear about if you asked them to sit in a room and asked what was bothering them.”

Srinivasan’s time working at the halfway house changed his perspective on addiction, he said. After teaching and listening to these women who suffered from substance use disorders, he viewed addiction as more of a struggle.

“It was that experience at Angela House, where seeing music as a way to connect with people with substance use disorders, that moved me,” Srinivasan said. “I didn’t see addiction as a disease, but as a personal struggle marked by their trials and tribulations. It really motivated me to pursue [research in addiction].”

After working at the halfway house for a year, Srinivasan expanded his program into a club at Rice called Tunes for Life. Now, the club has multiple volunteers who carry out similar work in various other parts of Houston. Each member has their own relationship with music, which is reflected in their community interactions.

“Where I work at Angela House, the classes are focused on what will help them with recovery from substance use disorder. Another one of our volunteers is at Search Homeless — she does classes on experiences that relate to homelessness. Some teach it as an English class and analyze the nuances of the lyrics. Others teach it in more of a reflection format and provide a space to share stories,” Srinivasan said.

Aside from Tunes for Life, Srinivasan simply enjoys spending time with friends on the Rice campus.

“I’d say just being in the Hanszen commons [is] memorable. Late nights in [Fondren Library] are ingrained in my head. Just walking from place to place. I just really enjoy the walks,” Srinivasan said.

After graduating in May, Srinivasan will be attending medical school.

“Currently, my interests are in addiction medicine. I want to be able to treat substance use disorder as a problem in society, as well as on an individual level,” Srinivasan said. “I was able to learn that by taking a step back to learn what really motivates me.”