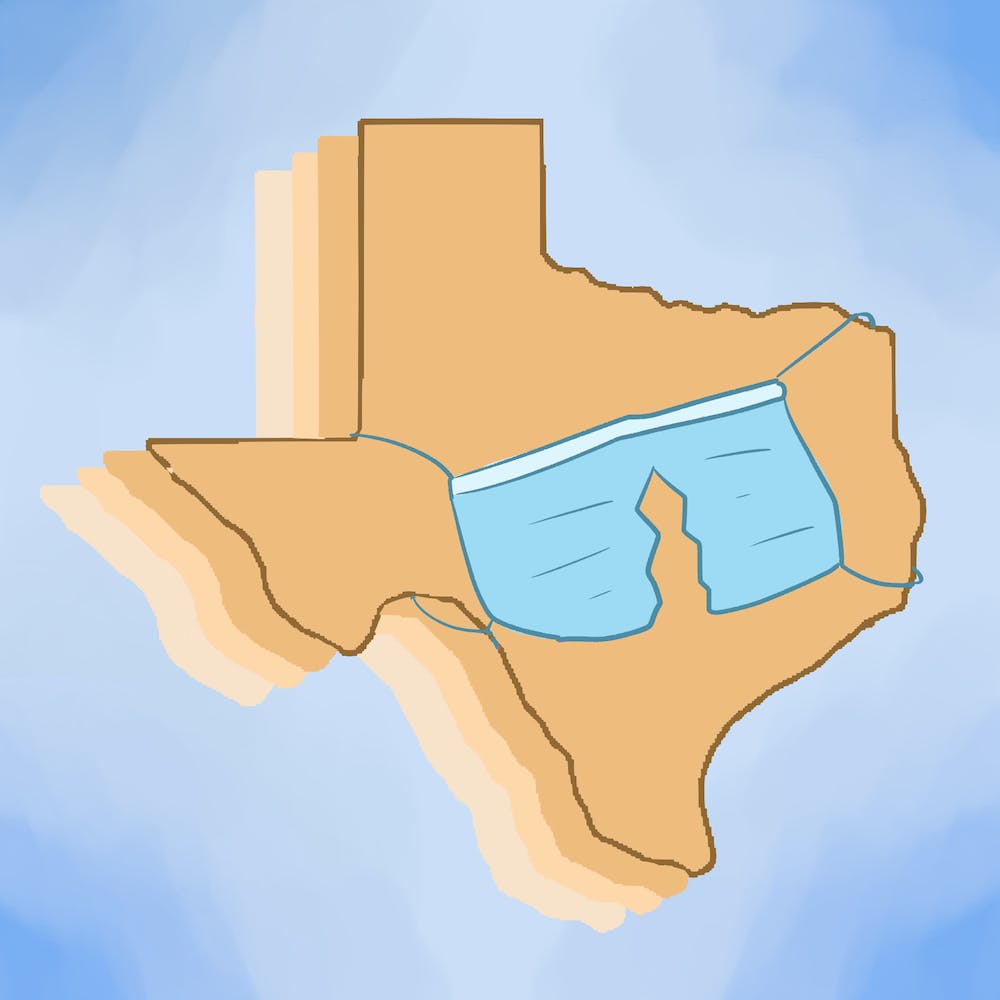 Rice University will continue to require face masks on campus after Gov. Greg Abbott’s decision to lift state-imposed mask mandates and allow businesses to operate at full capacity starting on March 10, according to an email sent by Kevin Kirby, vice president for administration.

Kirby said that regardless of what government entities do, Rice University has the ability as a private institution to follow the best scientific advice and ask on-campus people to wear a mask at all times.

“Our enforcement mechanisms are really broad and don’t just apply to students,” Kirby said. “Sanctions have been applied to contractors, to visitors, to employees. The vast majority of people are following them. Of course, there are exceptions, but that is going to happen to a very diverse community. The majority of people are doing the right thing, so I don’t see the need to change things substantially from what we are doing now.”

According to Yousif Shamoo, vice provost for research and professor of biociences, it is too early to lift the mask mandate and social distancing rules.

“We already see more contagious variants,” Shamoo wrote in an email. “These variants arise from natural selection as would a vaccine resistant strain. The more people that get infected, the more virus is made. Texas does not have herd immunity yet, so more contagious variants spread. And every time a new virus is made in a body, it is another opportunity to hit on the right combination of mutations to infect a vaccinated person. If that happens then all those vaccinated people can be new hosts and the virus spreads again. Too soon by far.”

“Basically flu is nonexistent this year because of the COVID mask mandates, [and because of] social-distancing and less international travel.” Shamoo said. “Flu is not as contagious as SARS-CoV-2, so while flu has been wiped out this season, SARS-CoV-2 has some success, but less than it would have.”

“Maybe one or two percent of the infection cases have been from an on-campus transmission,” Kirby said. “Almost every single time it’s from off campus. So to the extent that this [mandate lift] makes things worse in the Houston area, we’ll see that reflect on our campus. We won’t see it to the same degree as Houston will, as we generally have better numbers than Houston because our community’s been behaving in ways that we’ve been asking everybody to do.”

Christopher Johns-Krull, the speaker of the Faculty Senate, said that there have been discussions among the administration about easing some restrictions to allow students to socialize better before Abbott announced the lifting of the state mask mandate.

“I would suspect very little at Rice is going to change as a result of the state’s decision,” Johns-Krull said. “We’re going to follow our own public health advice and [the Centers for Disease Control and Prevention’s] advice, [as well as] folks in the medical center.”

According to Johns-Krull, the position of the administration is that students and faculty should wear a mask in both on- and off-campus public gatherings, though it is not stated in official communication.

“We may need to go to a higher frequency of testing if we see any indication of an uptick in the cases in the broader community,” Johns-Krull said. “If we see the [positive cases] on campus ticking up, we may suspend in-person classes … We have a number of knobs that we can turn to try and respond to whatever appears to be emerging. One of the things is to move things fully online, to restrict the people coming on campus. We will be vigilant in terms of how things progress.”

“The thing that frustrates me is that Rice has shown that you can carry on with business and also protect people’s health through wearing masks and through social distancing,” Johns-Krull said. “It doesn’t have to be one or the other; you can do both. And I think our state government is short-sighted in thinking that it has to be one or the other.”

Margo Gee, an on-campus freshman from Brown College, said that she is frustrated with the lift on the mandate in Texas, especially because so few people have been vaccinated.

“As a first-year [Rice University] student, it doesn’t exactly instill a sense of security in the governing powers of Texas,” Gee said. “Most of my concerns would lie with those locals who walk around on campus. More than enough of them have walked on campus without a mask, and mask vigilance at Hermann Park is jarring enough that I’ve only been once this school year.”

According to Kirby, the unmasked locals on campus are not a serious concern for him.

“[Rice University Police Department] stopped ten thousand people at the end of last year, and they’re doing the same now,” Kirby said. “These are mostly our neighbors. We’ve communicated with them; we’ve stopped them certainly. And we think [the mandate lift] is not going to change their behavior.”

Grant Parajuli, a Baker College sophomore, said that even though he thinks Abbott made an extremely poor decision lifting the statewide mask mandate, he is not particularly concerned about living off campus.

“My apartment has been very good at keeping COVID-safe,” Parajuli said. “And frankly I think the people who were masking up beforehand will continue to do so, and any private organization who cares about half their consumer base will continue to require masks.”

Kirby said that he believes the relative end of the pandemic is in sight, and by this summer, things will be dramatically better.

“We’re anticipating and planning for a mostly normal fall semester with in-person classes where people can gather, and maybe to the point that people can stop wearing masks,” Kirby said. “It’s still too early to make decisions, but things are heading in the right direction. We’re very hopeful for a much more normal fall. It won’t be the same as it was a couple of years ago, but it will be much more like a normal semester.”