Owls swim their way to second place at C-USA Championships 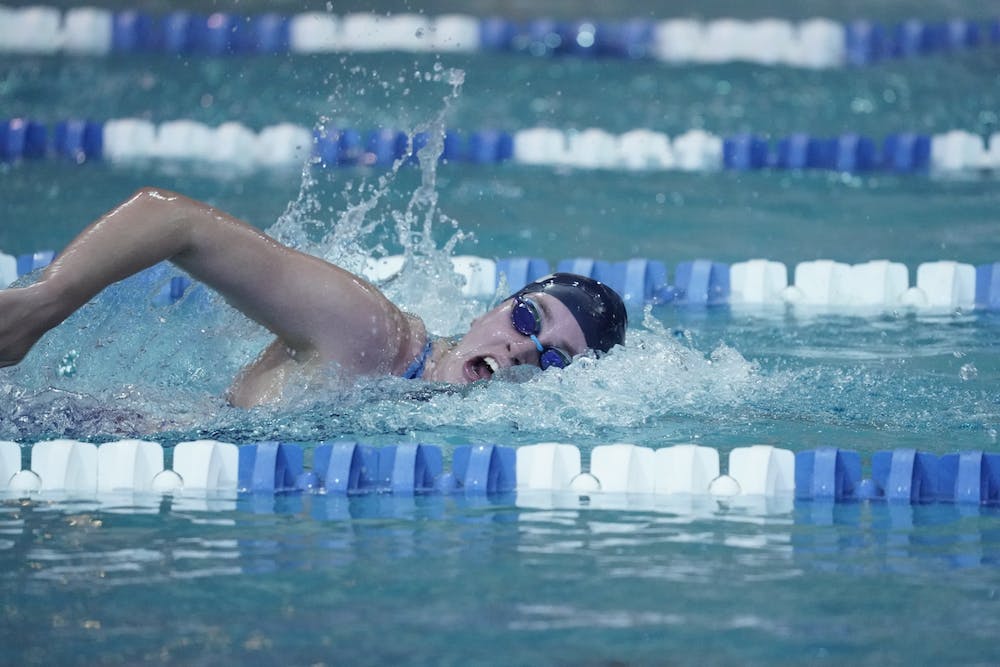 Rice swimming finished No. 2 at the Conference USA Women’s Swimming Championships, placing behind Florida International University. The team amassed 905.5 points, which ranked as the program’s highest point total in the past seven years. Several members of the team won individual accolades for their performance at the C-USA Championships, with senior Ellery Parish, sophomore Madison Howe, senior Lindsay Mathys and freshman Imogen Meers all being named as members of the First Team All-Conference.

Placing only 51 points behind FIU (who had 956.5 points), the Owls were very close to securing first place. Head coach Seth Huston said that while he and his team are disappointed by the close loss to their longtime rivals, he is still proud of his squad and the strong character they displayed throughout the meet.

“I think in the end, FIU wanted to defend the title more than we wanted to take it away from them,” Huston said. “We needed more of a killer instinct in order to close out the meet. However, the team was really selfless. They came together, supporting and encouraging each other, and racing for their teammates [despite the second-place finish].”

Howe, who placed first in the 100-yard butterfly and recorded a personal best at the 100-yard freestyle, said that she was proud of her team’s overall performance at the swim meet.

“I think the rest of my teammates raced exceptionally well overall, even if a few people did not do quite as well as they wanted,” Howe said. “It was a really hard week, but everyone showed up, swam really fast and had great attitudes throughout the competition.”

The Owls’ swimming season has been drastically interrupted by extenuating circumstances. Both the global pandemic and the winter freeze served as obstacles for the preparation leading up to the championships. According to Huston, the team was able to overcome these challenges and still tried to perform their best.

“Like [for] everyone else, this has been a tough year for the team. Back in September and October, there were a lot of unknowns about whether we would have a season or not,” Huston said. “[However], the team overall performed their best in the moment despite their circumstances. That really resonates with me because the team is doing the best with what they got.”

Meers, who won the league individual title in the 100-yard backstroke, said that the team has had to adapt in order to make it through a unique season that was riddled with such large hurdles.

“We’ve had to be so adaptable this year; lots of things have been thrown at us that were just out of our control, so at times it made it frustrating,” Meers said. “But it was at the worst times that the team pulled together. The constant communication with each other and the coaches was definitely key in trying to stick to the original plan.”

Despite the challenges that the team faced throughout the season, the team was still able to achieve high ranks at the C-USA Championships. Both Howe and Meers achieved personal best times in their respective events as well as winning the individual championship in several events at the meet. Both swimmers were not only proud of the results that they achieved, but also with how their teammates performed as well.

“I was very happy with my performance this past week. I was lucky enough to achieve personal best times in both the [100-yard] freestyle and the [100-yard] butterfly,” Howe said. “I was fortunate to win the butterfly, but honestly getting to share the podium with my teammate and training partner Brittany Bui made it more special.”

Meers shared the same sentiment as Howe, focusing on not only her personal achievements but also the performances of her teammates.

“Obviously, it’s really great to win and get a [personal record], so I can’t really ask for more,” Meers said. “It was definitely more rewarding with it being such a close race and knowing that my teammates Mimi [Filkin] and Zoe [Spitz] also raced really well to get personal records.”

The tournament signaled the end of the swimming season for the Owls. They will now enter the offseason and prepare for the upcoming season. Although the team got second place, Meers said she’s encouraged by the future of the team, which she thinks can only improve going into next season.

“The conference championships made it very obvious that having a great team around you makes it so much easier to race at your best,” Meers said. “To know that everyone is willing you to do well and that you are competing for a cause much bigger than yourself makes the long racing days much shorter, and that’s definitely the view of competing that I want to carry into the future.”

Howe, too, said that this championship not only helped the team, but also her own individual growth as a swimmer.

“It’s definitely exciting to be able to back up my win from last year and to continue achieving these results for the team in my future seasons,” Howe said. “I know that I have more in me and that the training we do as a team and my coaches have helped me develop more as an athlete, I can only hope that I continue to do so for my next two years on the team.”