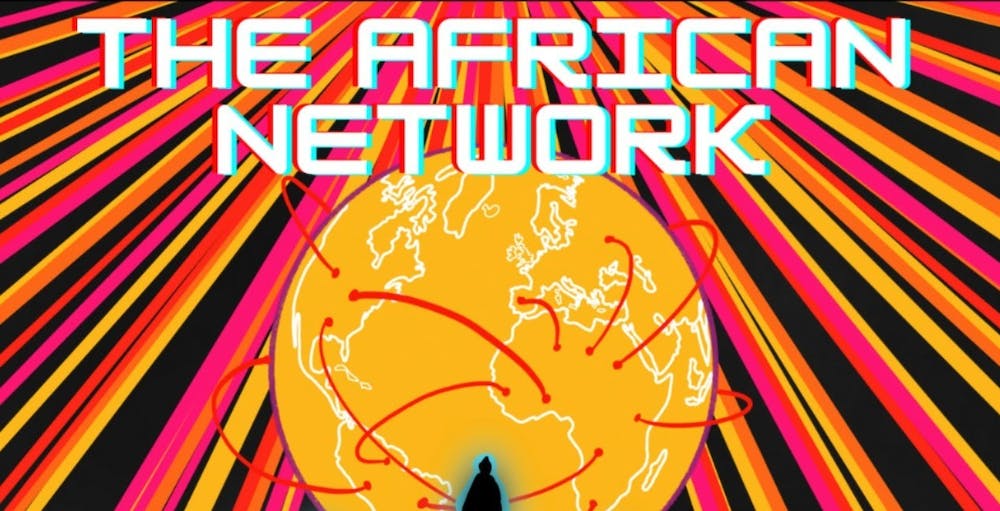 KC Nwadei first knew she wanted to become more involved in the Rice African Student Association at her first general body meeting. At the end of the meeting, a sort of flash mob ensued as club members danced to a routine from a past Africayé showcase.

Now one of the dance directors of RASA Dance, Nwadei said the upperclassmen exuded so much enthusiasm that when they mentioned attending dance rehearsals after the flash mob, she decided to go.

“It kind of turned into this really tight-knit community within RASA, which is already a really accepting community in and of itself, and I feel like I was sucked in and decided never to leave,” Nwadei said.

This sense of tight-knit community is usually reflected in the RASA’s annual Africayé show. In previous years, the show was marked by the Grand Hall brimming full with audience members, performers rushing to get changed in the Multicultural Center, and the electric energy of the crowd. This year’s performance, however, has traded the stage for the screen. Like every event, showcase, and Rice tradition that has taken place in the past year, performers in Africaye have had to adapt to create the same energy in new ways.

Event coordinator Magdah Omer said that because she knew the showcase would have to be virtual, she was open to being flexible with the format. Although Omer started planning Africayé with various members of RASA before last semester even began, she said a lot of developments happened much closer to filming, which took place over two weekends.

“We started talking about the vision for Africayé in August or late July, and it definitely evolved so much to what it is now. Even just three weeks ago, it would’ve been something different,” Omer, a Baker College junior, said. “I think because it was virtual and we were trying something new, we allowed it to adapt and evolve a lot.”

Since she went in with the expectation that this Africayé would be different, Omer said she didn’t feel much pressure on herself — except to ensure that everyone involved felt as excited about the show this year as in previous years.

“A lot of it that has stayed the same is, retrospectively, people are still feeling that same sense of engagement or sense of bonding, that we usually have with Africaye,” Omer said. "All the chaos of people getting ready, getting dressed, we still had some of that, and that's what brings people together — and dancing to music and being in the same space."

Although the excitement of performing was replicated throughout filming, Oria Wilson-Iguade said the experience of being an audience member will be very different. As one of the dance directors for RASA Dance, Wilson-Iguade said she misses having the audience present during performances.

"The audience and the energy is such an important aspect of performing because that's what you feed off of, that's what you're excited for, being able to wow people in person," Wilson-Iguade, a Sid Richardson College junior, said.

The show, which is based around the theme of the African diaspora, comprises both individual and group acts. One of the group acts, led by Anoluwa Ayeni, explores some of the different languages spoken in countries across Africa. This year's show features Twi, Creole, Portuguese, Kinyarwanda, Igbo, Amharic and Yoruba in the language act.

As a senior, Ayeni said she’s simultaneously sad that her last Africayé wasn’t a live performance, but also grateful that she was able to have a final Africayé show.

For her individual act, Morgan Seay decided to perform spoken word poetry — the first time she's performed spoken word at Africayé. Although she's performed before at the Black Student Association's Soul Night gala and college cultural shows, Seay said this poem — which she wrote specifically for Africayé — reflects a topic close to her heart.

"The main thing is just coming to terms with the fact that I am Black American, and my identity is Black and American, and just because I don't know where I come from specifically on the continent of Africa, that doesn't make me any less Black," Seay, a Hanszen College junior, said. "So it's just about coming to terms with that and being happy with where I'm from and knowing that even though I don't know where 'home' home is, I have home here."

Seay says the topic is one that is close to her heart — and something she became more aware of once she came to Rice. Coming from a predominantly white high school, Seay says Rice made her more aware of the diversity of people throughout the African diaspora.

"It was so amazing and beautiful to see the vast cultures within the diaspora, but you also feel this pang in your heart," Seay said. "A huge part of it is that Black American culture is something that is so easily appropriated that sometimes it's hard to be like, 'This is just my own culture.' I think I just started to feel some kind of sadness that … I don't know [my roots]."

To Omer, choosing the theme of the African diaspora offered opportunities for everyone in the African community to be included — no matter how strong or weak their ties to Africa were.

"The thing with this theme was we wanted to be like, even if you have the [smallest] relationship to Africa, you are welcome here and we want you here," Omer said. "And I think seeing those people be really happy in this community, it was really amazing."

Throughout the process, Omer attempted to facilitate inclusion with all members of RASA — to the point where she and the members in charge of different acts were incorporating new members into their acts as late as three days before filming.

"Seeing freshmen get excited about RASA and get excited about the community is so, so amazing," Omer said. "And that's what I thought we would lose with the virtual aspect, and just seeing that that wasn't lost was just so rewarding."

As the show came together, Omer says she appreciated the dedication of everyone involved — from act leaders to each and every performer.

"I just wanted to thank everyone involved," Omer said. "I coordinated [Africayé], but I was just kind of bringing a lot of people together and managing those people. Everyone brought their talents and there are just so many people in this community — I want to thank all of them."

The YouTube link for this year's Africayé show will be released on the Facebook event page at 8 p.m. on Saturday, March 20.

[3/16/2021 11:50 p.m.] This article has been updated to replace the phrase “Black community” with the phrase “African community” in order to more accurately reflect the group’s identity.