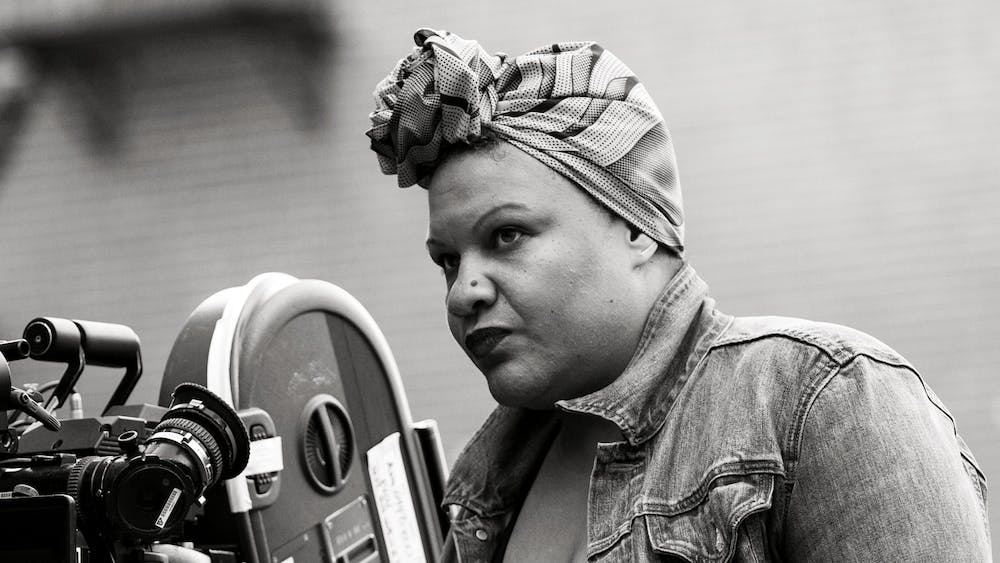 It’s Women’s History Month, and you know what that means! Companies are going to tweet about how women are human beings as if it’s a revolutionary point, and there’s going to be more shirts at Forever 21 that say “feminism.” Cynicism aside, this month serves as a good reminder to support films made by women and reflect on the importance of celebrating women in the often male-dominated industry of filmmaking.

Here are my recommendations for women-directed films well worth watching.

Directed by Radha Blank, “The 40-Year Old Version” first premiered at the Sundance Film Festival in 2020 where Blank won the U.S. Dramatic Competition Directing Award. It was later named one of the 10 best films of 2020 by the National Board of Review. The comedy film was written, produced and directed by Blank and is loosely based on her own life.

The film centers around Radha, a playwright and teacher about to turn 40. After her latest play is given to a white producer, he suggests that she write more about Black suffering, offering her a job writing for a Harriet Tubman musical. While grappling with where to move with her career, she is inspired to return to rapping, a previous passion of hers.

Shot almost entirely in black and white, this film is a must-watch for Blank’s dynamic exploration of her relationship with art, the challenges of producing art for white audiences’ consumption, and the pressures of aging and achievement.

“The 40-Year Old Version” is available to stream on Netflix.

“Birds of Prey: And the Fantabulous Emancipation of One Harley Quinn”

Is this high art? No. But Cathy Yan’s action-packed, upbeat feminist flick was created by women, for women and features a soundtrack that exclusively features women, making it a perfect choice for a Women’s History Month marathon.

By centering women at every point, “Birds of Prey” isn’t your average comic book adaptation. When Harley Quinn (Margot Robbie) cuts off her unhealthy relationship with the Joker, she finds that she’s a target of almost everyone in Gotham. Quinn teams up with Renee Montoya (Rosie Perez), Black Canary (Dinah Lance) and Huntress (Mary Elizabeth Winstead) to protect Cassandra Cain (Ella Jay Basco), a child who has ended up entangled in the power struggles of Gotham’s criminal underworld.

Take some time to watch this colorful, explosive film that is available to stream on HBO Max.

Back with another stunning visual album, Beyoncé’s “Black is King” serves as the visual companion to her 2019 album, “The Lion King: A Gift.” At the 2021 Grammy Awards, “BROWN SKIN GIRL,” a segment of the film directed by Beyoncé and Jenn Nkiru, won the Grammy for “Best Music Video,” well-deserved for its stunning visuals and content. The music video celebrates the beauty of dark-skinned women. “Black is King” itself was nominated for “Best Music Film.”

When the film was released over the summer, it rightfully gained critical acclaim and audience praise. Centered around a young African prince exiled from his kingdom after the death of his father, “Black is King” follows him as he ages, functioning as an allegory for the African diaspora’s journey of exploring, reclaiming, connecting to and celebrating their culture.

Between the stellar direction, important subject matter and overall amazing production, “Black is King” is a must-watch, so stream it now on Disney+.

I’m deeply invested in Taylor Swift. I keep notifications on for the Rice Swifties group chat, a true sign of my dedication to the artist. However, it is “Miss Americana”’s focus on Swift’s personal relationships and growth that sways my recommendation more than my own biases. “Miss Americana,” directed by Lana Wilson, hones in on society’s relationship with celebrity culture, especially women in the spotlight, and the prevalent misogyny that has been directed at Swift throughout her career.

Named by the National Board of Review as one of the top five documentaries in 2020, the documentary follows Swift during her 2018 “Reputation” tour through to the release of her 2019 album, “Lover.” Amid the glamour and glittering concerts, “Miss Americana” sees Swift intimately exploring her experiences with body dysmorphia and past struggles with disordered eating, her mother’s battle with cancer, her relationship to the media, her sexual assault trial and the decision to publicly discuss her political beliefs. Wilson cuts through idealized visions of celebrity to provide a view of the experiences that Swift and many other young women grapple with. This provides a vital insight for Swift fans who can see themselves in not only the documentary’s darker moments but in the healing process.

Though the film has already been reviewed by the Thresher, I have to recommend Emerald Fennell’s “Promising Young Woman” which follows Cassie Monroe (Carey Mulligan), a medical school dropout whose close friend was raped while they were in college, the sexual assault investigation later dropped by the college.

Especially timely in the wake of Title IX changes that student advocates have said are harmful to survivors, the film follows Cassie as she plans to bring what she sees as justice to the men responsible for her friend’s assault.

Named one of the best movies of 2020 by the National Board of Review and led by Carey Mulligan, who won the Golden Globe for best actress for her performance in the film, “Promising Young Woman” is available to rent on YouTube.

Hear me out. The start to the film saga that rocked the world was directed by Catherine Hardwicke, and with blue-tinted scenes, it has more of an art-house feel than subsequent additions to the franchise (all directed by men) which fall more in line with the blockbuster formulas that we’re familiar with.

While “Twilight” is not a film I would praise for its feminist leanings, the vampire romance has a special place in my heart, and fans of the series have recently revived their appreciation for the series in what has been dubbed a “Twilight Renaissance” and have approached the series with both a more critical and irreverent eye, critiquing the saga’s handling of consent, harmful portrayals of the Quileute tribe and the heteronormative, white-washed lens of the original saga while sharing memes that both mock and celebrate the series.

Patricia Riggen is a genius. I’m not just saying this because she directed “Lemonade Mouth” (consider that an additional recommendation). As pointed out by Eva Longoria at the 2020 Sundance Festival, Riggen is the only Latina director to have a film appear in the annual top 100 box office list in the 12 years prior (with the 2016 “Miracles”), a reminder of persistent exclusion in the film industry.

The 2007 film “La misma luna” was released in the United States as “Under the Same Moon” and follows both Rosario (Kate del Castillo), an undocumented immigrant, and Carlitos (Adrian Alonso), her son, as they try to find each other after he embarks to cross the border after the death of his grandmother to reunite with his mother.

One review called the film emotionally manipulative, so if you want to cry, “La misma luna” is available to stream through HBO Max, STARZ and Philo.

Say it with me: appreciate women in horror! This lackluster box office performer turned cult classic is a comedy-horror film directed by Karyn Kusama. When Jennifer (Megan Fox), popular cheerleader and best friend of protagonist Anita “Needy” Lesnicki (Amanda Seyfried), becomes possessed by a succubus after she was the subject of a failed virgin sacrifice, she turns to feed on the flesh of men.

The sacrifice of women for the advancement of men? Rings a little too true. Some more recent critiques, viewing it with the Me Too movement in mind, say it functions better as a revenge fantasy with Jennifer weaponizing her suffering than watching it with the notion of a horror-film meant for a male audience.

To see “Jennifer’s Body” in all of its gory glory, stream it through STARZ or rent it on Amazon Prime.

“To All the Boys I’ve Loved Before”

If you haven’t noticed a trend, I have a taste for “guilty pleasure” films. Young adult romance is a genre that should not only be respected but revered for its ability to get me through finals week. Directed by Susan Johnson, the film follows Lara Jean (Lana Condor) who writes letters to boys she’s “loved before” when the subjects of those letters actually receive them.

When Peter (Noah Centineo) proposes that he and Lara fake-date to make his ex-girlfriend (and her ex-best friend) jealous, it is every cliche trope that I hate to love. They struggle with their feelings for one another and high school drama, making for an engaging romantic comedy.

With an additional two sequels, “To All the Boys I’ve Loved Before” is available to stream on Netflix with enough content to get you through a rough weekend (or to procrastinate your next problem set).

Admittedly, this is not something I’ve ever recommended someone watch. However, director Kathryn Bigelow, through the 95 “Best Director” awards the Oscars have given, remains the only woman to receive the award for “Best Director.”

War thriller “The Hurt Locker” follows an Iraq War Explosive Ordnance Disposal team and their varying reactions to the stresses and trauma of combat.

Selected in 2020 for preservation in the National Film Registry by the Library of Congress, “The Hurt Locker” is far from the only remarkable film directed by a woman. While my recommendations sometimes varied in quality, there are a whole host of other films that are stunning, groundbreaking and showstopping in their own right. “The Hurt Locker” is a reminder of the exclusion of women from directing and the same acclaim that men in the industry receive.