What went wrong? A conversation with climate and energy expert Daniel Cohan 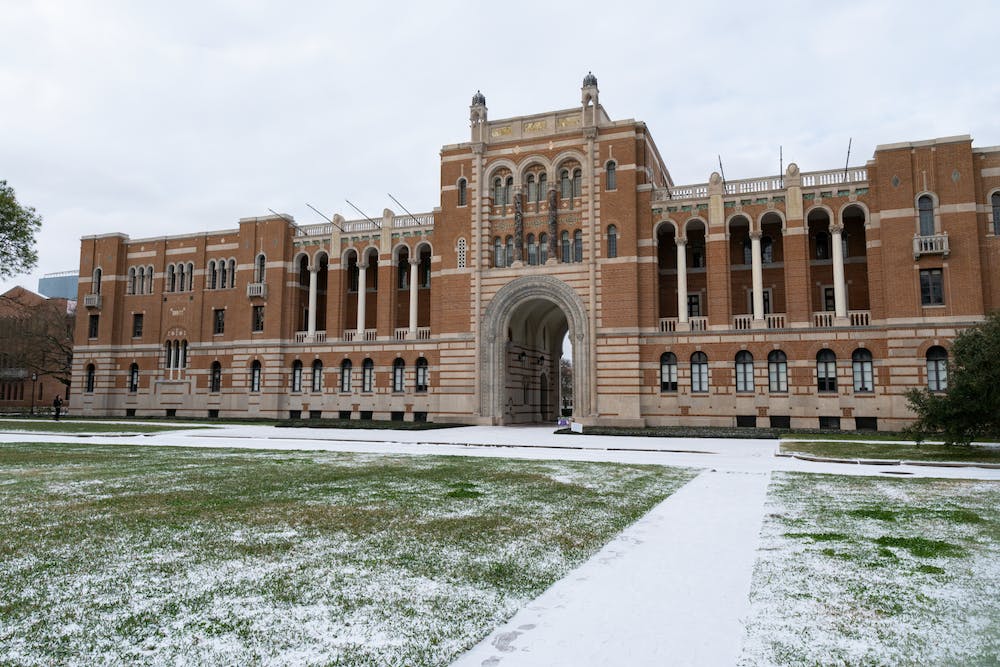 It’s been a turbulent week. On Monday morning, a power outage caused a Harris County freezer containing thousands of vaccines to break, and hundreds of Rice community members dashed on campus and to Houston Methodist Hospital to receive the unfrozen vaccines. The power outages kept coming, hitting large swaths of Texas as unusually frigid temperatures swept across the state and devastated communities. By Friday, most households had their power and water restored, although Harris County is still under a boil water advisory.

Amid the chaos, Rice professor Daniel Cohan has been called on by dozens of reporters for his climate and energy expertise. Between weighing in on the Texas freeze for pieces in the New York Times, NPR and WBUR’s Here and Now and Vox, Cohan sat down with the Thresher to answer some of our questions about what went wrong this week.

This interview took place on the afternoon of Wednesday Feb. 17, and has been condensed and edited for clarity.

Rice Thresher: First of all, how are you doing? Do you have power and water where you are?

Daniel Cohan: I have power and heat. Water pressure is very low, and of course we’re all under boil water advisory.

RT: As we all know, Texas has been hit hard with power outages over the past few days. Can you explain what led to these blackouts?

DC: All of our sources of electricity supply underperformed at the same time as we had record demand due to the strongest freeze event to hit Texas in at least three decades. By far the biggest shortfall came from natural gas power plants unable to get adequate supplies of fuel to produce power.

The big problem that we're dealing with is a lack of natural gas supply — a lack of natural gas supply to our gas power plants. And it's totally counterintuitive, and you'll need to explain this to your readers, because if they're in a home or apartment that's heated by natural gas, the natural gas is flowing just fine. But homes need it at a very low pressure, and homes, hospitals, churches, all the ones who are directly burning gas for consumer purposes to keep themselves safe and warm — we get it first. So those systems have helped up fine. That means the power plants have to go towards the back of the line.

RT: Many, including the Wall Street Journal’s editorial board and Gov. Greg Abott, have blamed renewable sources of energy such as wind for the situation in Texas. Is renewable energy really to blame for widespread power outages?

DC: No, renewable energy is not to blame for the power outages. Wind and solar produced just a couple of gigawatts less power than had been expected during peak winter conditions, and ERCOT was well prepared for them to be variable. One of the state’s four nuclear reactors went down, taking out another one gigawatt. Yet over 30 gigawatts of fossil fuel electricity went down just as we needed it the most. That’s more than twice as much fossil fuel outages as was expected in a worst case scenario, and is the overwhelming reason why the power went out for millions of Texans.

RT: Climate change isn't going anywhere. How can Texas learn from this experience and better prepare for cold winters to come?

This absolutely shows how critical it is to plan for a full range of extreme events and to imagine the unimagined. Just the past five years, we've been hit by Hurricane Harvey, and now we’re hit by the deepest freeze that we've had in three decades. So it's so crucial to engineer our systems and to prepare to be resilient for the types of events we've had in the past, but also for events that are even more extreme than before. And climate change exacerbates so many of the risks that we face.

I would not say that I would necessarily call this a climate disaster. There is a debate and a lot of uncertainty in the climate science community about whether these arctic blasts or polar vortexes are becoming more or less common with climate change already, or whether they will become more or less common with future climate change, because it is getting warmer. I don't think that's at all well known. I would lean towards the side that it's not going to become more common, that there's a chance it would become less common. To have an event that puts over 4 million homes without power is absolutely unacceptable, so we need to be able to plan for this event or slightly worse happening again. Anything that has happened is possible, and so absolutely this could happen again. Do I think the climate change makes this more likely or do I think this is a harbinger of most of our extreme events to come? Probably not.

What I hope we take from this is instead of being that general who tries to refight the last war is that we need to be prepared for the same war — or a little bit worse of a winter war — to happen again, but we should really prioritize the steps that don't just prepare us for this event, but that give us more resilience at other times. So if we have better insulated and weatherized homes, that'll reduce our demand in the summer and winter season. If we have transmission lines connecting to other states so we can import and export power and not be such an isolated island, that will help all seasons of the year. If we put deicing equipment to deice frozen wind turbines, like the politicians have focused on, that'll help with the next deep freeze, but it won't help us any other time of the year.

RT: Moving forward, what kinds of energy do you think Texas should focus on developing and expanding?

DC: Contrary to the political spin, our power supply would be more affordable, reliable, and resilient to disasters if we diversify to more renewable sources of energy — even above and beyond the benefits to our air, health, and climate. This disaster has highlighted the vulnerabilities we face while depending on a single fuel — natural gas — to handle such a lion’s share of our heating and power needs. No single source can do it all, but a portfolio of resources that keeps some of what we have and blends in more solar, wind, and geothermal power along with better transmission connections, storage, and efficiency would serve us much better than our system today. Our research has shown that blending in more solar and wind from around the state could let us close coal plants and reduce the burdens on natural gas and storage.