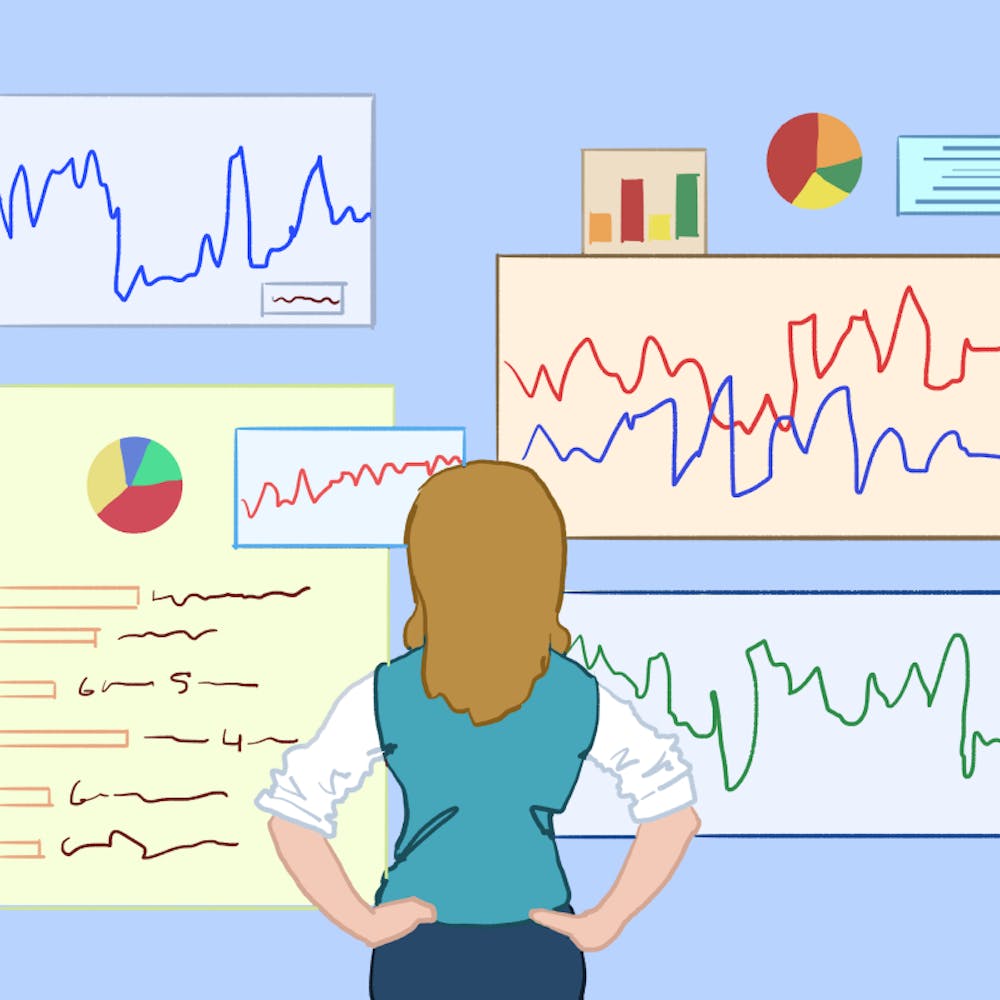 “It wasn’t deliberate on anybody’s part,” Virani, a Jones College sophomore, said. “But it feels like a natural thing to do — to not have me in the conversation and [for me to] be on the other side of the spectrum.”

After coming to Rice, she encountered similar issues. During business and finance-related events in the broader Houston area, Virani said she noticed feeling somewhat left out.

“Even though I was a part of the conversation, I wasn’t,” Virani said. “I wasn’t understanding a lot of terms being thrown around ... I knew [their] individual definitions but when they were jumbled together, I didn’t know what people were saying. And I wanted to have that safe haven where I could express my feelings.”

Last October, Virani found an avenue to make this safe haven a reality. After learning about Smart Woman Securities, a non-profit group dedicated to teaching undergraduate women about finances and investments, Virani became interested in bringing this organization to Rice in order to create an inclusive and safe space conducive to female undergraduate students learning about finance — whether as a career, as a hobby or just due to general interest.

Smart Woman Securities is a national organization that was originally started at Harvard University by two undergraduate students. They have since spread across the nation through over 30 college chapters.

“The mission statement is to teach undergraduate women finance and investments, but I think it’s so much more than that,” Virani said. “I think it’s more about building an entire community.”

Agarwal said that she hopes that the organization will introduce girls to lesser-known careers in the financial sector.

“Once you get interested in finance at Rice, there are two paths people [typically] follow: investment banking and consulting,” Agarwal said. “Many people don’t realize that there is the whole world of buy-side finance that they can explore straight out of undergrad … Smart Woman Securities would ... [also] introduce girls to this career path.”

Wang said that she was motivated to join the club as a founder due to the lack of representation of women in the finance industry, especially in areas of leadership. Through her own observations of family members in the finance industry, she said she’s noticed that there is a gap in opportunities offered to women compared to men in the finance sector. Wang said she believes that gender stereotypes, such as men being more rational, brave and adventurous than women, contribute to this discrepancy.

According to Jia, there are also a lot of stereotypes regarding women’s roles in the financial sector.

“[There is a stereotype] that girls who are doing finance aren’t really doing finance,” Jia said. “So that’s one reason why I really want to increase female presence in this industry.”

Smart Woman Securities is currently in their soft-launch stage at Rice, where the focus is on advertising the club’s mission to the Rice community. Their Instagram, at the time of publication, has just over 180 followers. According to Virani, their account reached 100 followers within 24 hours.

Kaitlyn Liu, a Wiess College sophomore, recently followed their Instagram and said that she is looking forward to learning more about the group.

“I hear my guy friends talk about investing a lot … and I feel like I’m missing out on something, not understanding stocks or the whole GameStop thing,” Liu said. “I think it’s nice to have a safe space for [learning about finance] on campus, especially for beginners.”

Agarwal said that after the GameStop frenzy, she noticed that many of her friends who previously were not interested in finance reached out with questions about investing and markets.

Virani said that she thinks the GameStop short showed the real-life impact that everyday people can have on the markets without making finance into a career — something she hopes people will also take away from Smart Woman Securities.

Jia said that the organization plans to have five meetings and workshops this semester — all of which will be conducted through Zoom. Next fall, the club hopes to launch their educational series with guest speakers from the finance industry. Jia said that she hopes these educational events will help teach students some technical knowledge that they may not get out of Rice's business minor program. According to Virani, in addition to chapter-led events, the organization will have access to national events hosted by Smart Woman Securities, such as a conference with business tycoon Warren Buffet.

Despite the often competitive nature of the finance industry, Virani said she hopes Smart Woman Securities will be an organization where everyone uplifts one another and where people of all different levels of knowledge feel comfortable.

“One of my personal goals for this organization is to really just get a great group of people who might not initially be a lot involved with investing in the past, but now they just really want to learn more about it,” Virani said. 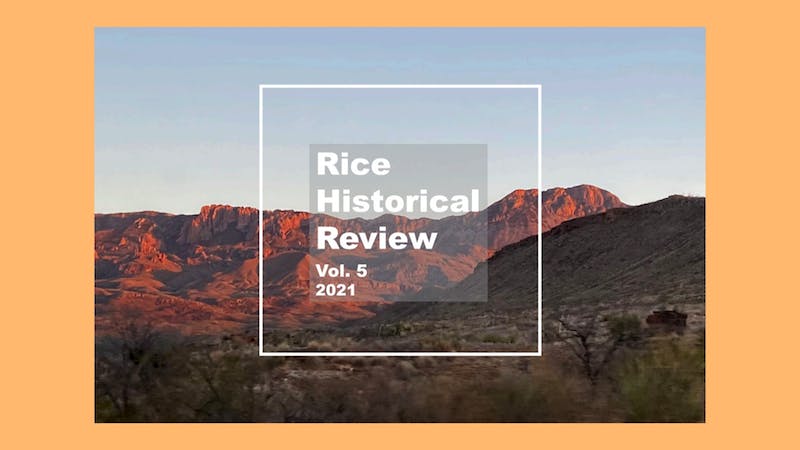 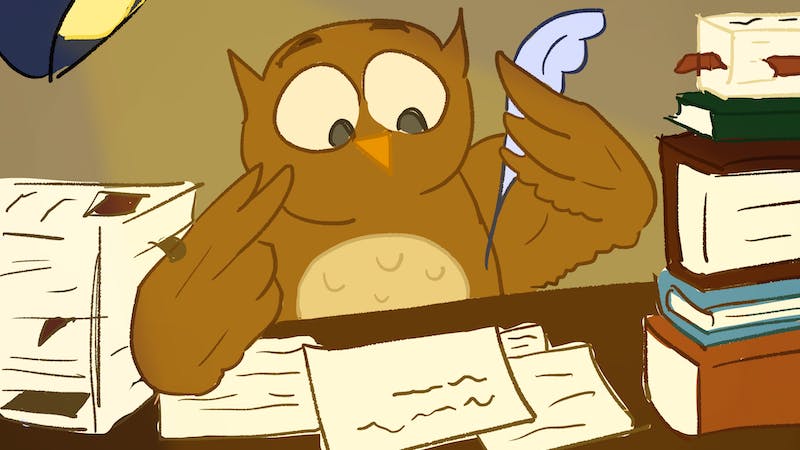 While most Rice students have written at least a handful of essays and papers, few have written entire books — and gotten them published. The Thresher spoke with four student authors about their writing and publishing processes. 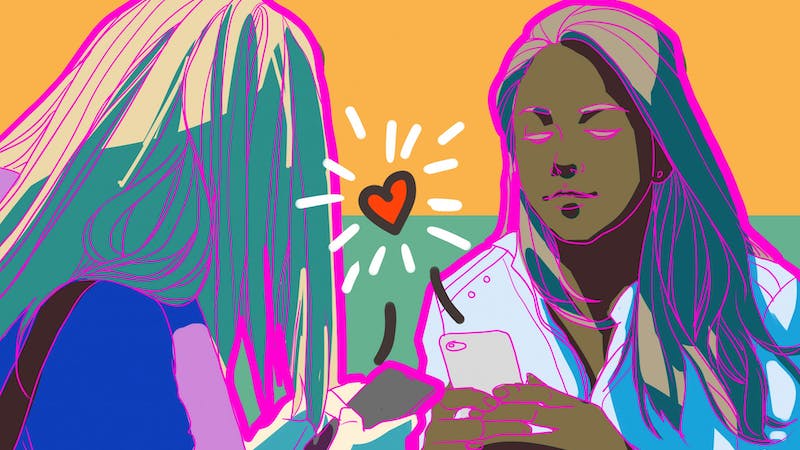 “To the guy on the 2nd floor at Brown, you’re cute but I’m too scared to talk to you.” “To the hot shawty in Duncan 5th floor, u can ride me over when u do ur beer bike practice.” “To the guy who emerged from fondy wearing a blue&red flannel w Addidas sweatpants - u single?” These are just a sample of the student submissions featured on Rice Missed Connections, an Instagram account that gives students a platform to shoot their shot anonymously with other students.