Black at Rice: Tamara Siler talks admissions and attending Rice in the '80s 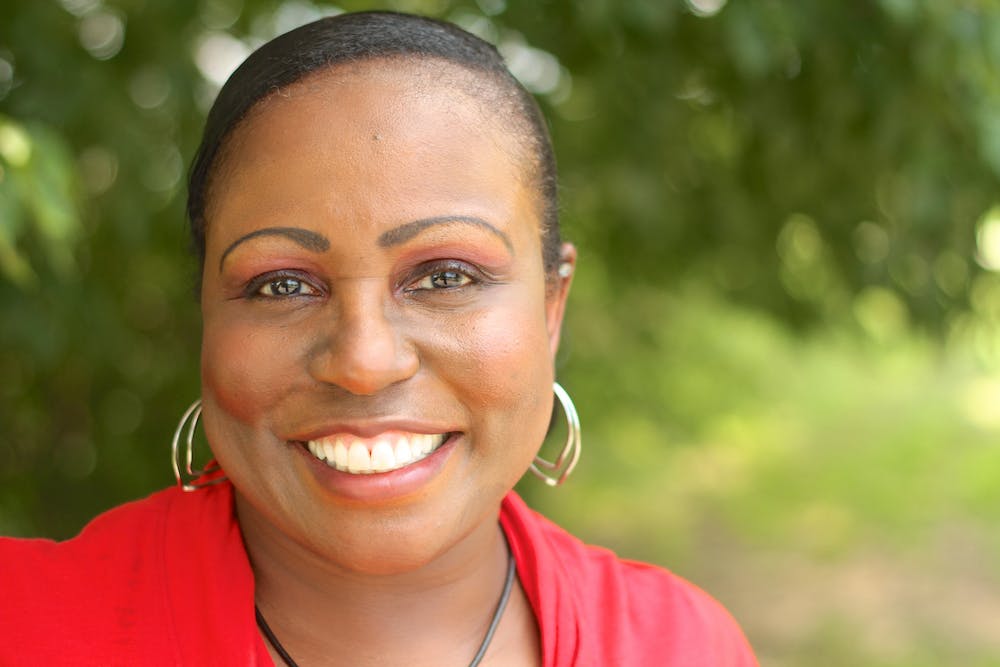 Tamara Siler always dreamed of attending Rice when she was young. Now, she has a degree in history from the university, and serves as Deputy Director of Admission, Access and Inclusion. Courtesy Tamara Siler.

Rice was always a goal for Tamara Siler (Brown College ’82). The native Houstonian recalls how when her aunt wanted to apply to college, Rice wasn’t an option for her. Siler and her aunt are Black, and the university didn’t admit Black students until 1965.

But eventually, Siler reached her goal. She was part of the 14th class of Black students to matriculate to Rice, and today, Siler is Rice’s Deputy Director of Admission, Access and Inclusion.

“[As a freshman,] I was pursuing engineering because that’s what you did if you were an intelligent Black student,” Siler said. “Everybody said, ‘You need to go into STEM’ because that’s where you can make sure you are going to get a job.”

However, Siler said she had a tough time feeling supported in the major. She said that some of the professors were not held to a standard of being welcoming to all individuals. This meant she had to learn very quickly which professors would be more supportive of the Black experience at Rice.

“Engineering has gotten better, but some professors made it difficult to be a candidate,” Siler said. “There’s lots of support in some places, but not as much support in others.”

Siler eventually switched over to humanities courses and ended up becoming a history major. Over time, she found a number of supportive figures on campus, including her major advisor, John Boles, who specialized in Southern history, and her college magisters, professor Bernard Aresu (who retired in 2018) and Caroline Aresu.

“[My magisters] always worried about the experience for African American students on campus,” Siler said. “So one of the things they did was really support the theater program.”

Outside of academics, theater was Siler’s passion. She participated in theater in middle school and eventually found her way into the Rice Players. She also took part in the first all-Black performance at Rice — the Harlem Renaissance-inspired musical, “Ain’t Misbehavin’” — during her junior year.

“That’s a wonderful Rice memory for me, being in that space and doing something that I really loved with the college, and being so well-supported by the magisters,” Siler recalled. “It was an amazing experience to be centered and to have Black arts at the college.”

But in most spaces, Siler was one of few Black people on campus, which made her Rice experience different than that of white students; microaggressions, she said, were a very real part of her life at Rice.

“You found your safe spot, much like anything, you took the messages of where support was going to be found. You would learn very quickly which professors would be more supportive,” Siler said.

A few weeks ago, Anthony Jack, an assistant professor of education at Harvard and author of “The Privileged Poor,” spoke as part of Rice’s President’s Lecture Series on how colleges and universities can improve diversity and inclusion. Siler attended the talk, and she said she was struck by how the first people Jack gave a shout out to were the people who worked in supporting roles — the people who worked in food and housing, the people who would be seen on a daily basis and the people making sure life was better by cooking, cleaning and taking care of the grounds.

“Those people often looked like you and your success was something that they championed,” Siler said. “I remember the ladies in the kitchen asking me how I was doing, and making sure I was well-fed. A lot of people in support roles became surrogate parents, surrogate aunts and uncles.”

However, not everyone on campus supported Siler and other Black students.

“They would get us confused in certain notices in the yearbooks. My best friend and I — she’s 5’2”, I’m 5’6”; I wore glasses, she didn’t — we would find instances in the yearbook where her name was under something that had me in it,” Siler said. “There weren’t that many of us [Black students], so keeping us straight shouldn’t have been that hard.”

Siler said she found certain Rice traditions to be unfriendly as well. When Siler attended Rice, it was a tradition for students to go to the beach at the end of Orientation Week.

“I don’t mind going to the beach, but not everybody wanted to get their hair wet,” Siler said. “But I do remember — my friend and I are sitting on the beach and somebody walks up to us and says, ‘Oh my gosh, I didn’t know you people liked the sun.’ So we were both staring at her and thinking, ‘You people?’”

Siler said she is understanding of where some of the people that were guilty of microaggressions came from. To her, it was not that they were being purposefully cruel; they just had never learned better.

“The majority of questions I got were not necessarily of being mean, perhaps, or from a place of animosity — it was from total ignorance,” Sile said. “There were so many people back then whose communities didn’t put them into contact with Black people and so Rice was their first contact with any significant number of people of color, period.”

Siler said similar microaggressions were part of her time at the gas company ExxonMobil, where she worked after graduation for five years. During her time with the company, she observed that there were a lot of unwritten rules. The environment wasn’t the most friendly for women or Black people, she said. For Siler, a Black woman, it was particularly tedious.

“Oil companies in the ’80s and early ’90s were not the most friendly places for women. I would often ask, ‘Am I experiencing more microaggressions because I am a woman? Or Black? Or a Black woman?’” Siler said. “The women who were engineers were expected to make coffee in the morning. There was a very traditionalist type of view. I wasn’t married and two women in my section weren’t married. There was some level of aggression because of that; they were suspect because they didn’t follow the traditional path of being a wife.”

After five years of working for Exxon, Siler came back to Rice to utilize the help of the Career Services (now the Center for Career Development). An advertisement for a job in Rice’s Office of Admissions caught her eye. She looked at the skills required for the position and thought it would be a nice stepping stone while figuring out what to do. Twenty-eight years later, Siler is still working there.

“Rice is such an interesting combination of qualities. We’re a research university that also has a feel of a liberal arts college that has this intentional diversity, this diversity that actually works,” Siler said. “It makes it a great place to talk about.”

Despite having faced challenges while a student at Rice, Siler said she is impressed by the strides Rice has made in terms of anti-racism since its founding. Rice is young in comparison to other educational institutions that have been around, Siler said, and the fact that it has come so far in a little over 100 years says something about its capacity for positive change.

Although she sees progress, Siler said she also knows that many Black students continue to face microaggressions, like she did as an undergraduate.

“For some students, [Rice is] still quite not the right home for them. And that’s for any number of identities. Rice can still be a challenge in some ways,” Siler said. “But I’m hoping that every year we grow and we change. I still believe, hopefully, that we’re bringing students into an environment that is not perfect but thrives to be better. Maybe we reach a point where everyone gets the same level of discomforting moments at Rice. Growing does come from discomfort, but it needs to be equally shared.”

Working in the Office of Admissions and reading applications during a pandemic has changed the way Siler looks at prospective students. Given the differences in everyone’s circumstances, she said it’s become necessary to look at things differently.

“Not everyone has experienced this year in the same way as others. I feel that the keywords for this season are grace and context,” Siler said. “I think context really matters. Success doesn’t look the same across the board. Some students have struggled, especially if they didn’t have support mechanisms at home.”

Resilience and potential might be examined differently this year than in others, but Siler said she is still seeing amazing applicants and is excited by what they might bring to Rice — and the differences they’ll make.