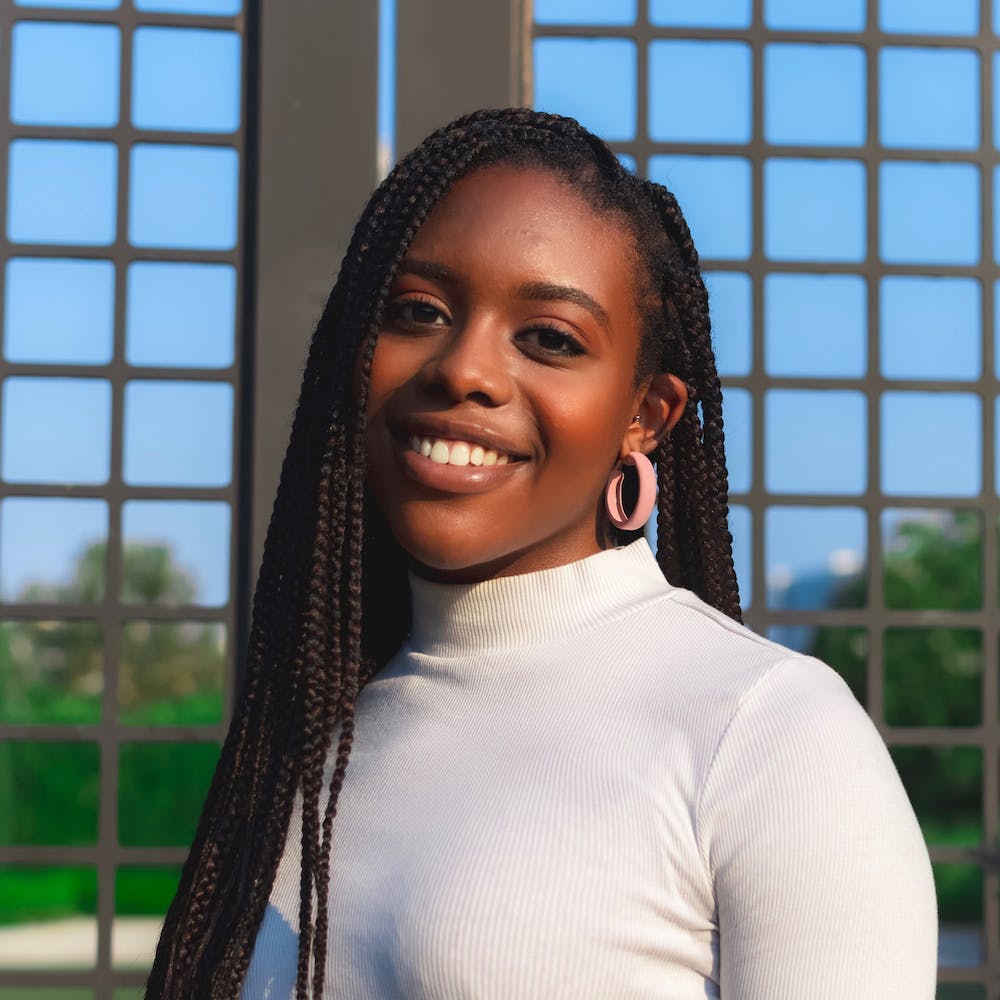 Oria Wilson-Iguade knew she wanted to be involved in Rice’s Black community before her first day as a student. Now, the Sid Richardson College junior is one of the co-directors for Rice African Student Association Dance. Photo courtesy of Oria Wilson-Iguade

The first time Oria Wilson-Iguade stepped foot onto Rice’s campus for a tour, she felt a bit out of place. That feeling of unease, however, was temporary, as Wilson-Iguade quickly found her place among the Black community at Rice SOAR, an event for prospective students.

“What completely changed that around was going to … a movie night for new students in the [Multicultural Center],” Wilson-Iguade, now a Sid Richardson College junior, said. “I just felt way more comfortable than I had been … I then became excited to go to Rice and be a part of that specific community. But even if I didn’t get into Rice, I had set it in my mind that whatever college I go to, I wanted to be involved in the Black community.”

Accordingly, when Wilson-Iguade received her Rice acceptance letter, she had a good idea of how she wanted to be involved on campus and knew exactly which clubs and organizations to look for.

“When we would get emails about what activities or clubs and organizations we would be interested in joining, I had a specific preference and vision to look for [the Black Student Association], [the Rice African Student Association], clubs within the Black community, because that’s where I knew I really wanted to get involved,” Wilson-Iguade said.

Before coming to Rice, Wilson-Iguade had always attended private Catholic schools, where her peer group consisted predominantly of white individuals.

“I still don’t think that me being one of the only Black individuals in the spaces affected me negatively,” Wilson-Iguade said. “But as I got older, I started recognizing the differences, not only between us physically, but also how we grew up, how we see the world, how we get to interact with other people who aren’t just in our social bubbles.”

Given her experiences during her primary and secondary years, where she primarily interacted with white peers, Wilson-Iguade said she was slightly apprehensive about the first RASA meeting.

“Because I had never been completely in a Black community, I was kind of nervous [and] uncomfortable, but I had met the other Black freshmen at Sid and one of them in particular brought me to [a RASA meeting],” Wilson-Iguade said. “In that first meeting, not only was I introduced to RASA as an organization, but also RASA Dance.”

That meeting launched Wilson-Iguade’s involvement in the Black community. More than two years later, Wilson-Iguade is now one of the co-directors for RASA Dance. Through this role, she collaborates with leadership from other campus organizations to coordinate dance performances. For her, RASA Dance is an avenue to share her culture.

“In most African cultures, dance is a very prominent part,” Wilson-Iguade said. “For the Black community specifically, we are celebrating dance in Africa with other community members, but also we’re trying to get as many people to come in and have space for them to share dancing from their culture.”

In addition to RASA Dance, Wilson-Iguade was also part of the Black Excellence Gala committee during her sophomore year — the first time the event took place.

“I think the gala came up in a very unique way. We saw what other Black communities at other universities got to do, and we were like, ‘We want that for ourselves,’” Wilson-Iguade said. “I remember hearing a lot of talk about trying to get the Black [Excellence] Gala together, and once it started to form, I hopped on that committee … It was something that I got to experience in my time — the first Black gala ever.”

The Black Excellence Gala ended up being one of Wilson-Iguade’s favorite moments in her time at Rice so far, because of the value it brought to the Black community, the sheer turnout for the event and the elegant nature of the event.

“So many people were able to come out. There were people I didn’t normally see attending other functions that made the effort to come to this, because I think they also saw what it meant for the Black community and appreciated that value,” Wilson-Iguade said. “Also, [it was] just a really nice event. Everybody got to dress up. I haven’t been to an event at Rice where you really got to go full ballroom.”

Wilson-Iguade hopes that in the future, the Black community and organizations such as the BSA and RASA are able to celebrate their culture with other communities as a shared experience.

“I would like to see at Rice more instances of not just knowing there are other cultures on campus but actually trying to experience different cultures on campus and bringing them together and celebrating them in that way,” Wilson-Iguade said. “Instead of it just being like, every semester a couple of organizations get a chance to have their cultural shows and people just view them.”

Overall, Wilson-Iguade looks favorably upon her experience at Rice as a Black individual.

“I really think that being Black and being at Rice is a really cool, unique, great experience. Any of those adjectives would describe it, but as a whole, I only feel positively toward this experience, even though it’s not perfect,” Wilson-Iguade said. “I think it’s one of the coolest things ever to be Black and at Rice, because the experience is so unique.”

Looking towards the future, Wilson-Iguade is planning on completing her degree from Rice in psychology and political science and hopes to attend law school. In particular, she appreciates the versatility a law degree offers in terms of future career paths.

“I have a specific interest in using law to do education policy and help the public education system,” Wilson-Iguade said. “The main reason I want to study law is because I think it's really important that you understand the laws of the land that you’re in, and I think that understanding the law would give me freedom to do many more things.”