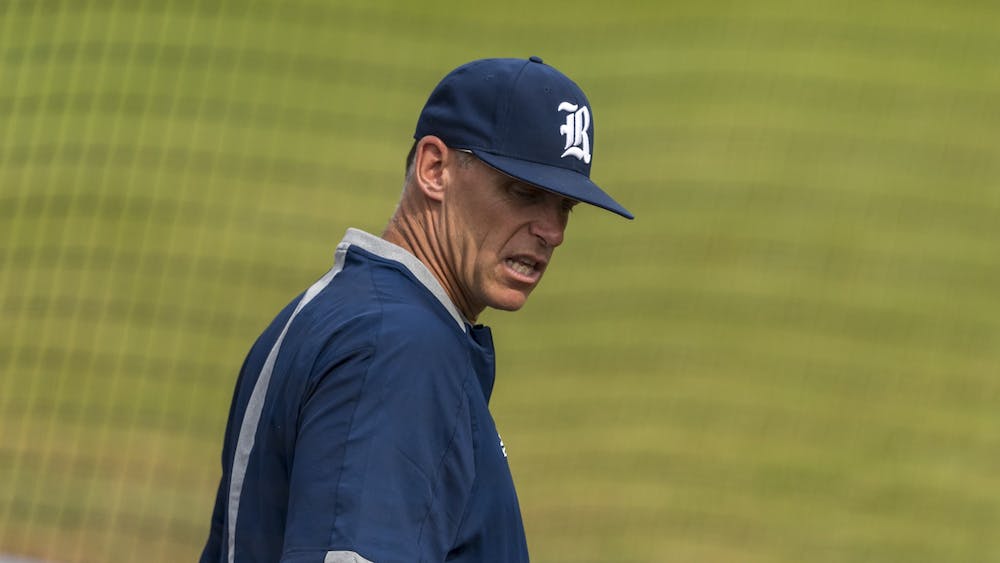 The Rice baseball team’s 2020 season lasted just over three weeks before the start of the pandemic brought it to a halt, but that was enough time to raise some questions about the team’s direction going forward. In 16 games, as opposed to their originally scheduled 55, the Owls managed just two wins and 14 losses. For a program that is just three years removed from a streak of 26 consecutive winning seasons under former head coach Wayne Graham, last season’s results were alarming.

Now, there are a number of factors that could have contributed to these results. One notable factor was the level of competition that the Owls faced. All 16 games last season were part of Rice’s very difficult non-conference schedule. They played a three-game series against the University of Texas, Austin, who went 14-3 during their abbreviated season, and Texas Tech, then ranked No. 2 in the NCAA. They played standalone games against No. 20 ranked Texas A&M University, and a Texas State University team that went 14-4.

Maybe even more significantly, the team was in its second season under head coach Matt Bragga. It takes time to build a program in any college sport, and Bragga, who led the Owls to a 26-33 record in his first season with the team, was managing a roster that largely consisted of players that he didn’t bring to the team. Obviously having to shoehorn players from the previous regime into Bragga’s system could pose even more challenges to the team.

However, in a sport where low scores and close games mean that even the worst teams often win around 40 percent of their games, a 2-14 record is striking. Unless the team was going to dramatically outpace that record over the final two-thirds of the season, last season would have stirred up plenty of doubt about the direction of the program. However, because the season was cut short, it’s difficult to draw any conclusions from its results. While it seems that the team was headed towards a very disappointing season, the abbreviated schedule leaves open the possibility that the team’s poor play was just a fluke caused by the small sample size.

This season will go a long way in determining how last season’s results will be perceived. If the team makes serious progress and wins close to half of their games, last season will seem like nothing more than a blip. However, if the team struggles again, last season will look far more like the norm than like an outlier.

As a result, this season is shaping up to be a referendum on the direction of the program, and to a certain extent, Bragga’s tenure as well. Pandemic allowing, the team will have a full, or close to full season to prove that the program is far ahead of where it was a year ago. The schedule likely won’t be as tough as last year’s (the team isn’t scheduled to play a single currently ranked opponent), and Bragga will have three classes worth of players that he recruited at his disposal. If the team struggles, it will be difficult to find reasons to be optimistic about the direction of the program.

There is one extraneous factor that can affect the results of this season, and that is the ever-changing pandemic. COVID-19 has been known to wreak havoc over sports schedules — take, for example,  Rice women’s basketball missing three weeks of games due to COVID-19 exposure and injury problems on the roster. But according to Bragga, he is excited about the depth of his roster. He even posited that this might be “one of the best years in the history of college baseball,” due to the extra eligibility, expanded rosters and undrafted talent that has returned to schools across the country.

If the team makes some significant strides, there will be plenty of reason for optimism. Bragga’s history suggests that he is a long-term program builder. During his previous tenure at Tennessee Technological University, it took Bragga until his fifth season to manage his first winning season. But from that season on, his teams had winning seasons in eight of his final 11 seasons with the Golden Eagles, including three trips to the NCAA tournament. A solid 2021 season would suggest that Bragga’s tenure with the Owls is on that same trajectory — some growing pains in the early years, but eventually sustained success.

Patience is important for building any college sports program. Due to the importance of recruiting, it can take a coach years just to set the foundations of the program in place. At the same time, Rice can only afford to be so patient. The reputation that the baseball program built during Graham’s tenure won’t last forever, and the Owls need to show some signs of life before it goes away completely. Two seasons into Bragga’s tenure, it's tough to tell where the program stands. And while last season wasn’t definitive, it did little to inspire confidence in the program going forward.

This year, with a full schedule and another year’s worth of Bragga’s recruits, the team will finally get a chance to show us where it stands. It might be a little overly dramatic to call this a make-or-break season for Bragga, but this season will go a long way in determining if he and the Owls are headed in the right direction.