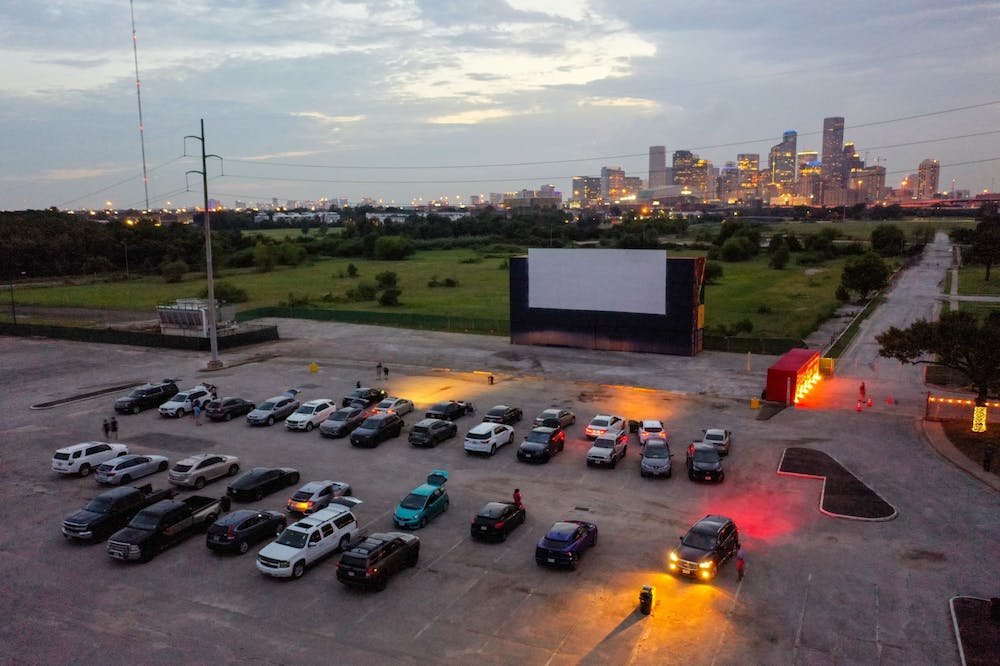 This weekend, the Sundance Institute, in partnership with the Houston Cinema Arts Society, will present a Sundance Satellite Film Festival in Houston. The event, which runs from Jan. 28 to Feb. 2, will include the world premieres of six feature films from independent U.S. filmmakers as well as local programming customized for the Houston community.

Since 1978, the Sundance Film Festival has premiered its official selections in Utah, but with current travel restrictions and social distancing, the festival is expanding to cities across the country by collaborating with regional organizations. HCAS Artistic Director Jessica Green says the issue of accessibility has grown more important due to the COVID-19 pandemic.

“There is a lot of push within Sundance and the [film] industry to talk about what accessibility [is] and how we [can] really start to honor that,” Green said. “This is the beginning of Sundance working more closely with regional organizations, [forming] relationships, opening up opportunities … and rethinking equity and inclusion.”

All six Sundance Official Selections will be shown at the Moonstruck Drive-in, a drive-in movie theater with a 40-foot-wide screen made of stacked shipping containers overlooking the downtown Houston skyline. This is one of only three sites in Texas that will be showing the Sundance films.

The film and award industry has long been criticized for being disproportionately white and male. The Sundance Institute has put forward efforts to combat this by committing to inclusion through their Diversity Initiative. This year’s Sundance film festival is more diverse than ever, both in the content of the films and their creators. Out of the six film directors featured in the festival’s lineup, three are women, two are Black and one is Asian-American.

This selection of Sundance films represents several different underrepresented communities and delves into issues that the industry has often ignored in the past. The opening night film, “CODA,” starring Emilia Jones, tells the story of a young girl who is the only hearing member of her deaf family unit, and explores disability and its representation in media. The entire program, including the pre-show, will be closed caption.

Some films in the festival lineup address the salient topic of race relations and protest movements in the United States. “Passing,” starring Tessa Thompson and Ruth Negga, tells the story of two Black women who both “pass” as white, but have chosen to live on opposite sides of the color line.

Another historical picture focusing on racial injustice is “Judas and the Black Messiah,” starring Daniel Kaluuya and LaKeith Stanfield, which recounts the legacy of the Black Panther Party and Fred Hampton.

Other films choose to purposely tell stories about people that are traditionally overlooked in places that are rarely heard about. “I Was A Simple Man,” starring Steve Iwamoto, presents the history of Hawaii as told from a Native perspective, a perspective which is often ignored in mainstream media narratives.

“Mayday” and “Amy Tan: Unintended Memoir” are two Sundance films headlined by women and centering their voices. “Mayday,” starring Grace Van Patten, is a dystopian picture that has been described as a “feminist fever dream.” The closing film of the festival, “Amy Tan: Unintended Memoir”, is the last work from the late environmentalist documentarian James Redford, and features Tan, Chinese American author of “The Joy Luck Club,” recounting her life and career.

In addition to the national programming of the Sundance Festival, certain events are catered specifically to the Houston and Texas filmmaking community. The Houston Satellite lineup kicks off with a discussion featuring independent Texan filmmakers Richard Linklater and Channing Godfrey Peoples. The event is a part of the Beyond Film Program and co-presented by Black Public Media and Austin Film Society to include regional perspectives on the Texas filmmaking community. Linklater has received critical acclaim for his films, garnering him a Golden Globe for best director, various Academy Award nominations and several regional and independent film awards. Peoples made her directorial debut at Sundance in 2020 with “Miss Juneteenth,” which was also met with outstanding praise. Both directors focus on portraying and analyzing local Texas communities in their films.

“These are two filmmakers that are representing their experiences and memories around Texas, [from] growing up in Texas and living in Texas [through] really different perspectives,” Green said.

“Miss Juneteenth” is also a part of the Beyond Film Program and scheduled for the Satellite lineup, with a showing at the DeLuxe Theatre on Jan. 31. Located in the Fifth Ward, this historically-black theatre has deep roots in the Houston community, as it was the only theatre that Black residents could attend in the 1940s.

Another regional event that is part of the Sundance Satellite Line-up in Houston is the second Black Media Story Summit-Texas, which takes place on Feb. 2. The event was first held in 2019 at the DeLuxe Theatre. This year it will be a strictly virtual event, although it will still be interactive and welcome diverse filmmakers, content creators, social justice activists and distributors across Texas. Slots are currently open for young creators to attend the summit, which is something that Green emphasized was a part of HCAS’s efforts to cast a wider net into the Houston community.

“We really want to encourage people from the Rice community and Houston community to reach out and attend this conference if interested,” Green said. “This event is for Black filmmakers, allies, those who want to do work around Black interests. [This event] is for a lot of people.”

To buy tickets for the event and learn more about the different films and programming, visit cinemahtx.org.