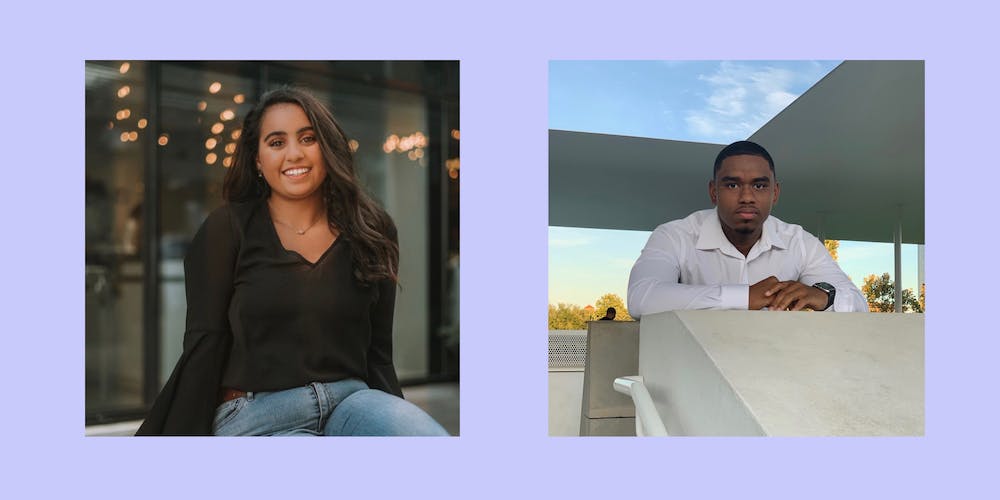 Before they became business partners, McMurtry College sophomores Saanya Bhargava and Myles Nobles met when they were assigned to the same orientation week group. Bhargava and Nobles shared “an invested interest in entrepreneurship,” according to Bhargava, and immediately knew they wanted to start a business together. Both of them were also huge foodies, ordering food together every weekend.

However, they encountered some significant difficulties with mainstream services, according to Bhargava. Nobles said the two of them once spent thirty or forty minutes going around different entrances and gates because the driver didn’t know how to navigate Rice’s campus. He also explained how his friend who didn’t have access to a car couldn’t order food if he was away.

The two friends realized that they wanted to create a solution that would help connect students looking to access food off campus, and thus, Remora was born.

The main idea behind Remora is that when students are going out to grab food, they can let others on campus know where they’re going and ask if anyone wants anything. The app also works in the reverse — someone can post a request and have a deliverer fulfill the order. However, there is a higher delivery fee to post a request, and the app is mainly designed for students to piggyback on anyone who’s already going on a food run.

“As we heard other people’s stories, it kind of shifted into being something of a platform that connects students who are currently out or going out in the future to students who need something,” Nobles explained.

Remora is entirely manned by Rice student users, which means that all of the drivers should know how to navigate Rice’s campus — a plus when it comes to food delivery, Bhargava said.

“The DoorDash deliverers don’t know where to drop things off on campus and we weren’t the only ones experiencing that. We really just realized that there was a better way to do delivery, especially in a huge city like Houston where students need a car to get anywhere and we don’t have any restaurants or anything on campus,” Bhargava said.

Another intended benefit of the app is that it enables the average student to pick up a few extra bucks without the commitment of a new job. Deliverers are paid per delivery, so if three people make an order from the same store, the deliverer will earn three times the delivery fee set by Remora.

“Our experience is tailored to the average everyday student to where it doesn’t feel like a job,” Nobles said.

While developing Remora, the entrepreneurship aspect of Remora was more time-consuming than the coding aspect. Bhargava and Nobles used no-code app building software to simplify the making of their app. In fact, neither of them are computer science majors — Nobles is a neuroscience major; Bhargava is majoring in cognitive science.

Remora has been in development for almost a year, as Bhargava and Nobles first got the idea for it in the spring of their freshman year. They utilized the resources at the Liu Idea Lab for Innovation and Entrepreneurship (Lilie Lab) to help fulfill their vision. Established in 2015, the Lilie Lab offers a number of undergraduate courses, as well as resources for graduate students, faculty, staff and alumni.

In the spring of their freshman year, Bhargava and Nobles also took BUSI 469: New Venture Challenge. The capstone course is meant to provide mentorship and guidance to startups, and requires an application. And last fall, in order to test their idea, Bhargava and Nobles did a pre-launch at McMurtry College.

“The idea was that if someone was going to a certain place to eat or buy groceries, they would announce it in the group and the others would ask for whatever they wanted,” said Aman Shanbhag, a McMurtry College sophomore and participant in the program. “I used it once to get some groceries and once to get some food. I went and brought the food, acting as the person delivering items for others. From the group chat, it looks like a lot of others used the app too, so I would say it was successful.”

Because of the success of this experiment, Bhargava and Nobles decided to move forward with Remora.

Constant communication has been essential to the success of their project, Bhargava said. The pair Zooms every single day, and texts regularly about their project. Creating a seamless user interface was a priority for Bhargava and Nobles, who wanted Remora to stand out from what they described as sometimes aggravating mainstream online delivery services.

“We don’t want this to be some janky app that people don’t want to use,” Bhargava said. “That is the biggest priority — making sure that people really like the service, so much that they would use it instead of Uber Eats or DoorDash.”

Currently, the app is geared towards undergraduate students at Rice, but the creators are planning to expand Remora in the future so that anyone with a rice.edu email address would be able to use it. The creators also foresee that Remora could be expanded to other college campuses with a similar need.

When asked what food they were most looking forward to sharing on Remora, the two friends thought of the same place: Mico’s Hot Chicken, which is a 20-minute drive from Rice. Bhargava, who lives off campus and doesn’t have access to a car, expects to use Remora for any restaurants or stores that aren’t within biking distance.

She can do that starting in late February or early March, when Bhargava and Nobles plan to launch the app to coincide with most students being back on or near campus.