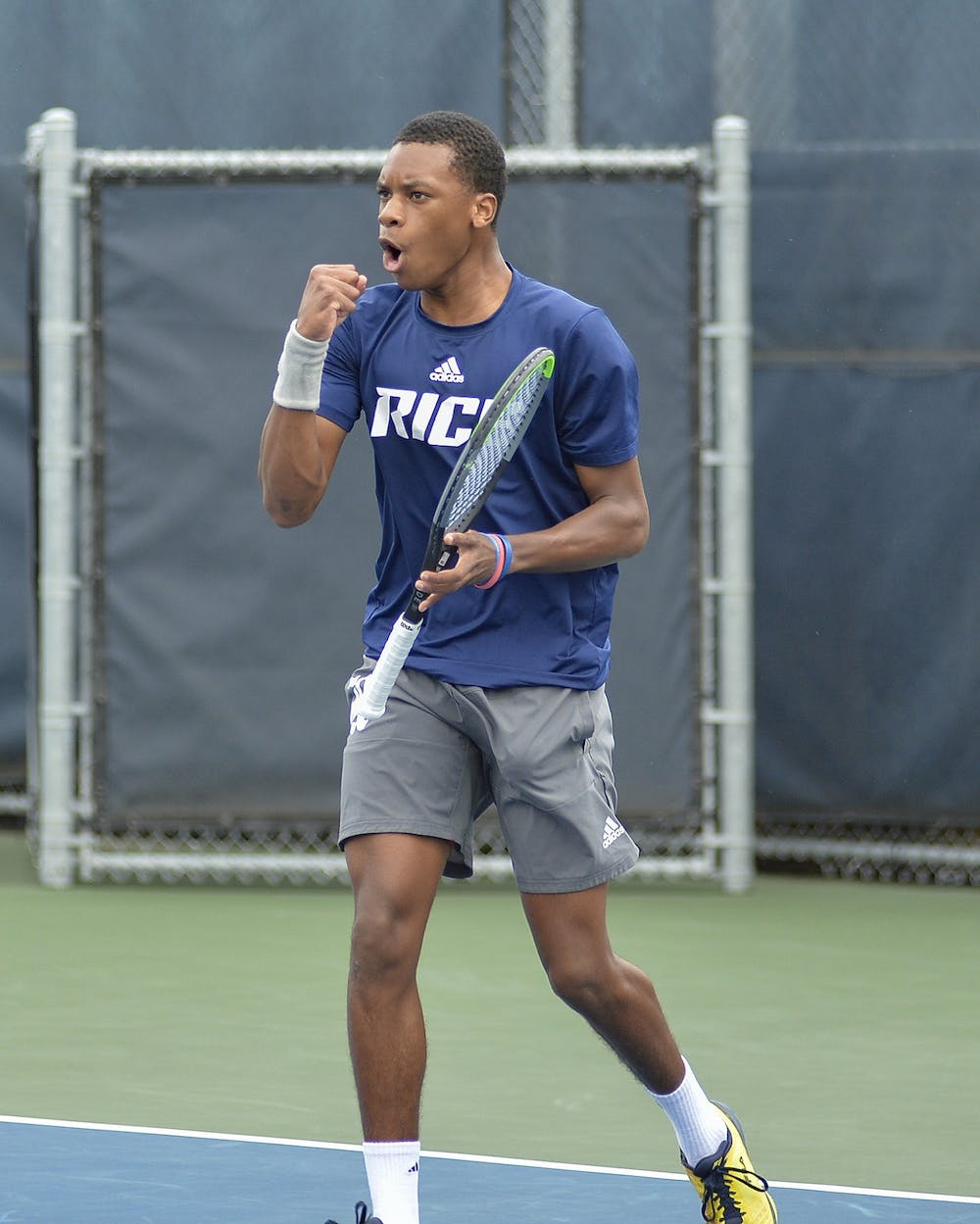 Photo by | and and and The Rice Thresher
Courtesy Rice Athletics

For the women, fast starts in each match allowed them to make quick work of the Ragin’ Cajuns. Head coach Elizabeth Schmidt attributed those fast starts to her team’s intensity right out of the gate.

“We were playing from the lead on every court, all day,” Schmidt said. “We got a lot of quick starts on the doubles and singles courts, which means we came out with a purpose. We came out with intensity, with a focus, and when you do that it allows for a solid, team win.”

The Owls dominated the doubles matches, with senior Michaela Haet and freshman Federica Trevisan jumping out to an early lead winning their match 6-0 and improving to 3-0 on the season.

This momentum carried over into the singles matches, where the Owls captured all six first sets while only losing 10 games. Senior Anna Bowtell opened the scoring in singles with a 6-2, 6-1 win. Trevisan and sophomore Maria Budin followed, only losing a combined six games in their singles matchups on the way to clinching the victory for the Owls.

Schmidt was pleased with the show her team put on, but emphasized that it is still early in the season and that her team must learn from these matches.

“We try to get better every day,” Schmidt said. “We learn from our wins; we learn from our losses, and I think this team is really dedicated to improvement; they’re putting in the work.”

Over on the men’s side, strong doubles performances allowed the Owls to get out to an early lead over the Cardinals.

After Lamar took the first doubles match, senior Jacob Eskeland and junior AJ Valenty responded with a 6-3 win. Moments later, sophomore Wes Barnett and freshman Trinity Grear finished off a comeback from down 0-40, winning their match 6-4 and giving the Owls the first point of the afternoon.

Head coach Efe Ustundag spoke highly of the battles he saw in each doubles match.

“The guys fought; Wes and Trinity played well together, and put themselves in the position to take care of the job,” Ustundag said. “I’m also happy for AJ and Jacob. AJ is a good story, a walk-on, he’s been putting in the work for the last three years, and now finding himself in the doubles lineup and delivering in the last couple of matches.”

The singles lineup for the Owls was shuffled around this weekend, as injuries kept multiple players sidelined. Ustendag pointed out that the matches showed the depth of this team.

“It’s great to be in a position to play ten deep,” he said. “We had some guys out due to injuries and had some guys who don’t get a chance to play get that chance and they played well.”

Despite the injuries, the Owls were able to win five of the six singles matches, to cap their 6-1 victory. In the first singles match to finish, Grear secured his first collegiate win in straight sets (6-2, 6-2), and junior Adam Oscislawski and Eskeland followed right behind him to clinch the match. Ustundag praised the performance of his players.

“Today was physical, we made a lot of balls, we chased a lot of balls, and made our opponents uncomfortable,” Ustundag said. “Those guys [in the heart of the lineup] are just fighting dogs.”

Both teams will be back in action on Sunday, when they travel to Baton Rouge to take on Louisiana State University.