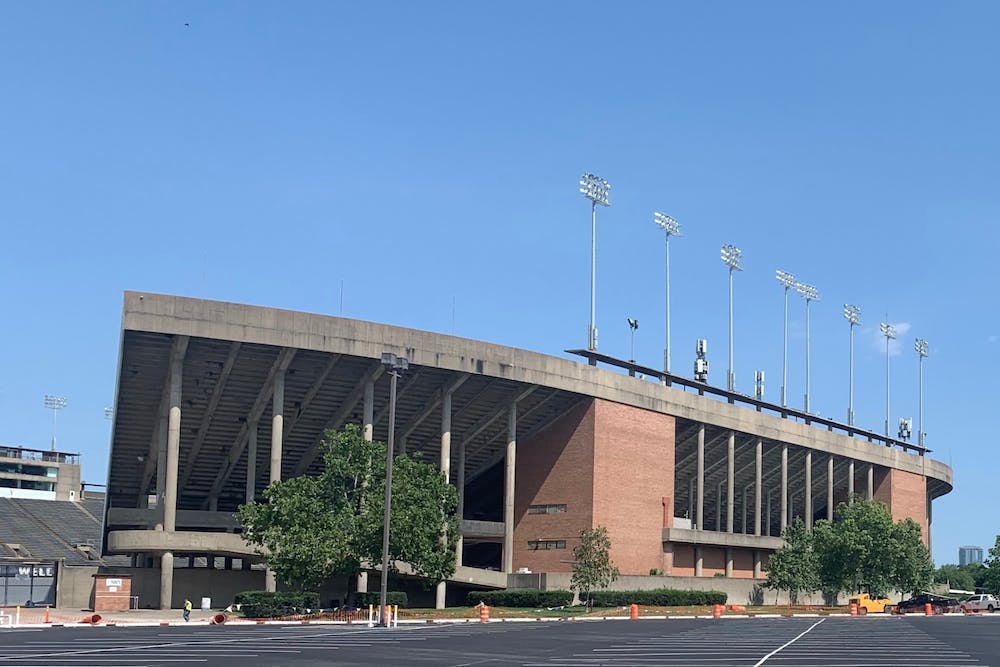 As early voting came to a close last week, many Rice students cast their ballot ahead of national Election Day, either by mail-in or early voting at one of the many sites in the Houston area, including this year on campus at Rice Stadium.

“There are many students, but since there are literally not as many Rice students on campus who vote in Harris County [as other voters coming to the Rice Stadium site], they have not been the majority of the voters,” Reece, a Hanszen College junior, said.

The stadium site has received attention from some Houston leaders as well: On Oct. 20, Harris County Judge Lina Hidalgo visited the stadium site. In addition, Mayor Sylvester Turner acknowledged Rice on social media, in a tweet on Oct. 26, for leading his #EarlyVote challenge over the University of Houston and Texas Southern University. In total, 13,080 people voted early at Rice’s polling location, with the majority voting in the first week of early voting.

Reece said his experience as an election judge this year has been overwhelmingly positive.

“Collaborating with different groups on campus and throughout the county to make a safe and accessible polling location has been a wonderful way to bring people together to serve students and the community,” Reece said.

Benjamin Lamb, a Will Rice College senior, compiled the data on Rice student voters from the Harris County Clerk’s Office website and determined that 1,057 Rice students registered with their on-campus address voted early, with 841 of them voting at Rice Stadium. By comparison, in the 2018 Senate elections, 589 ballots were cast in early voting and 764 were cast on election day, and in the 2016 presidential election, 1,027 students voted in total.

Students who have not yet voted and are currently in isolation or quarantine can still have marked mail-in ballots hand-delivered by “a person who possesses a ballot or carrier envelope solely for the purpose of lawfully assisting a voter who was eligible for assistance,” by Nov. 3 and should contact the Harris County Clerk’s Office for more information.