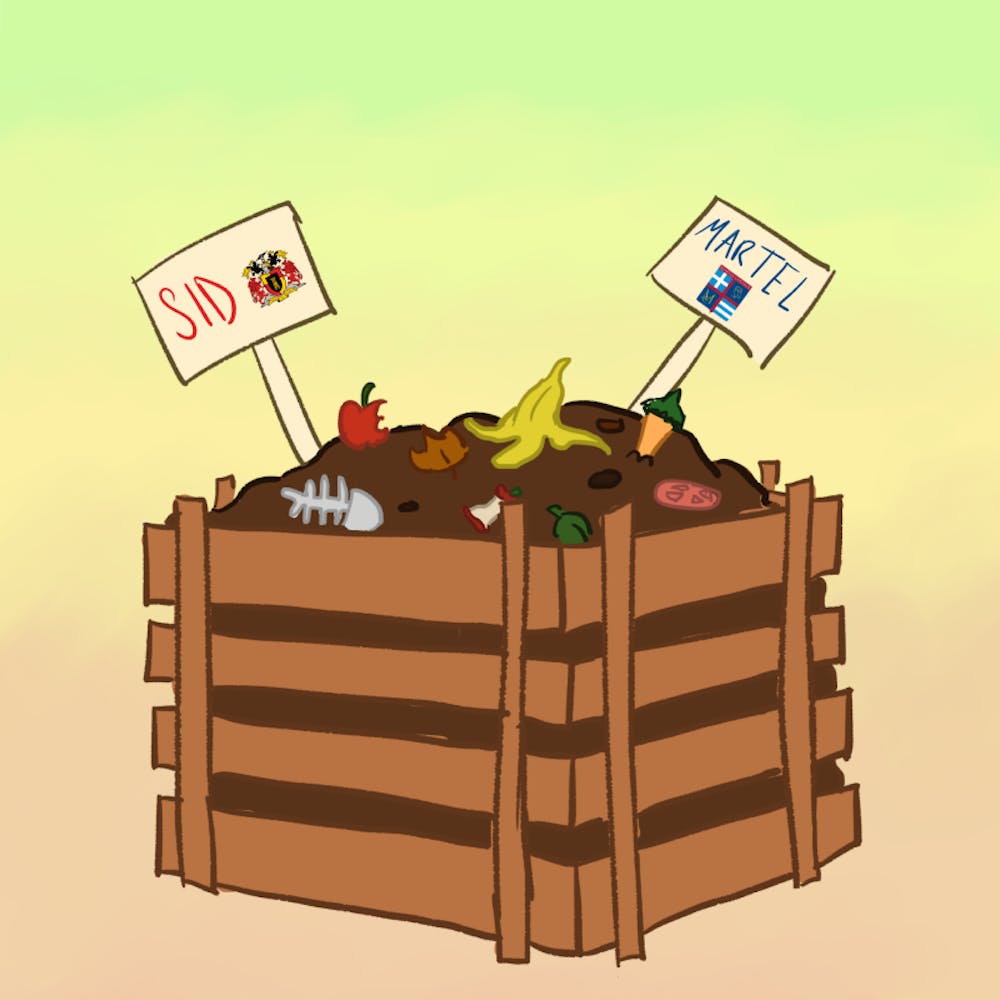 According to Ashley Fitzpatrick, an intern at Rice’s Administrative Center for Sustainability and Energy Management, Rice has been trying to compost since 1999 with varying degrees of success.The composting process is occurring exclusively with food waste involved in meal preparation from the serveries, as opposed to student-generated compost waste, according to Fitzpatrick.

“What’s happening right now is what we call pre-consumer composting and that’s what happens in the kitchens. So that would be any scraps that come from the cooking process,” Fitzpatrick said. “So, if they cut up a pineapple for example, all of the parts that we don’t eat would go into the compost.”

The post-consumer composting program, using waste generated by servery users, will pilot at Martel College and Sid Richardson College next semester. According to Fitzpatrick,she and a team of students from Martel and Sid will be communicating and advertising to those colleges.

Fitzpatrick said there will be an educational module available in the spring to ensure students have the knowledge they need to successfully compost and reduce contamination. Students who complete this module will be able to receive a personal size composting bin, which will be provided on a room or suite basis and will be large enough for up to four students’ compost waste, according to Fitzpatrick.

“It will have compostable liners and whenever it’s full or you’re ready to take it out, you can tie it off and bring it to a centralized location,” Fitzpatrick said.

The expansion to post-consumer composting in the spring will be voluntary. Fitzpatrick believes that the voluntary nature of it can assist with contamination and creating role models for the procedure on campus.

“We’re really hoping that having these really passionate students start this process and having people sign up because they really want to be involved will be helpful,” Fitzpatrick said.

According to Villa, one key issue with post-consumer composting is that the food waste used for composting could be possibly contaminated by non-compostable materials.

“Contamination with any recycling, and especially [involving] food, is a huge concern,” Villa said. “So we just have to help guide [students], in collaboration with the team at Rice, to be able to minimize the contamination in the common areas.”

According to Brad Thacker, Housing and Dining’s operations manager, H&D had been exploring composting options for a while before Rice’s collaboration with Moonshot.

“It’s not a new initiative, we’ve been trying for years to find a way to be able to compost. There’s no real solution regarding the logistics [of transporting waste],” Thacker said.

According to Chris Wood, co-founder of Moonshot, his company’s role is to assist with this transport.

“We have some really good partners in the community, the industrial compost facilities here locally, where we’re transporting what we collect from Rice to them and they’re doing all the great work of converting that food waste, mixing it with other vegetative waste that they collect, to create the compost,” Wood said.

Thacker said he believes that now is a great time to introduce this program.

“Students right now are a little more apt to being environmentally conscious. Many have already come from schools on the coast that this is happening already, and so I think this is a prime time for us to be able to introduce it and I’m expecting to have a good amount of participation,”  Thacker said.

Composting on Rice’s campus has been exclusively occurring in the Holistic Garden with plant waste. Joe Novak, the garden director, said he believes that the campuswide composting could be a very successful program.

According to Thacker, Rice’s unique dining system makes it more challenging to compost.

“We have our servery concept, which allows students to come into the servery, grab their food and go back out to either their commons, in normal times, or their room, outside, wherever, to eat,” Thacker said. “It makes it a little more challenging, but it’s certainly something that we think we’re going to be able to overcome. We’re really excited about the program.”

Wood said the state of this semester due to COVID-19 also poses a challenge to composting.

“Part of the challenge is all of the accommodations that have to be made for COVID procedures,” Wood said. “But none of those are obstacles that can’t be overcome.”

Despite this, Wood said Moonshot is excited to be a part of it and to offer this service.

“It’s obvious working with the students we’ve met so far that the folks at Rice have experience in this, they have thought about it a lot.  I think there is going to be a swift rollout of this when the time is right,” Wood said.

Mehek Jain, a Lovett College freshman, said she believes that composting is even more important now due to the increased amount of food waste generated from served meals this semester. However, she said she is unsure how many people will follow through with a voluntary service.

“I think the people will volunteer [to compost] but maybe how much people will follow through with it might kind of be a bit difficult,” Jain said. “At Lovett [College], we got metal cutlery, you just needed to sign up and it was completely free. However, how much people actually use that cutlery can vary. Ultimately though, I think that if it’s helping just a little bit, it’s worthwhile.”

Clara Ursic, a freshman at McMurtry College, has been exploring composting at Rice for her final First-year Writing Intensive Seminar project and said she is glad to see it actually start.

“It was about time it was implemented in a bigger way. Right now the compost is just hidden in a small corner of campus, and no one really knows about it unless they are involved in the garden. If it’s more widespread, then kids are more conscious of their food waste,” Ursic said.